Firstly, I’ll just say that I’m quite new to blender, I’ve been using it for about 3 months. Today, just to see if i could do it, I started a spaceship model. I’m quite pleased with it so far, especially since I haven’t planned it at all, i just made it up as i went along.

So, one of the problems I’m having is UV unwrapping. I just can’t get a good unwrap at all, and if you guys could point me to a few texturing tutorials, either photoshop or blender, would be great. The second problem I’m having is that the ship doesn’t look like it is actually in space, and looks quite fake.

Here is my 3 renders. 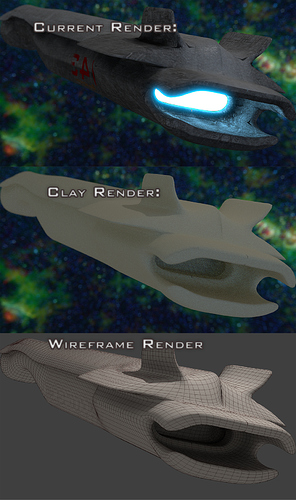 Thanks in advance, look forward to feedback.

The ship looks pretty organic and smooth so unless you really want control over where the textures are placed you could just use “generated” instead of UV. I think that the reason that the ship looks fake is that the background is to low res and not scaled correctly. Also, The shadows on the ship should be darker if it really is in space since there are very few light sources.

Okay, thanks for that

Here is another version, I’ve changed the texture, lighting, background and changed the model a little bit. I also unwrapped using smart-UV, with mediocre results. The is a 1080p render with 1000 samples, 12 minutes on my gtx 660. 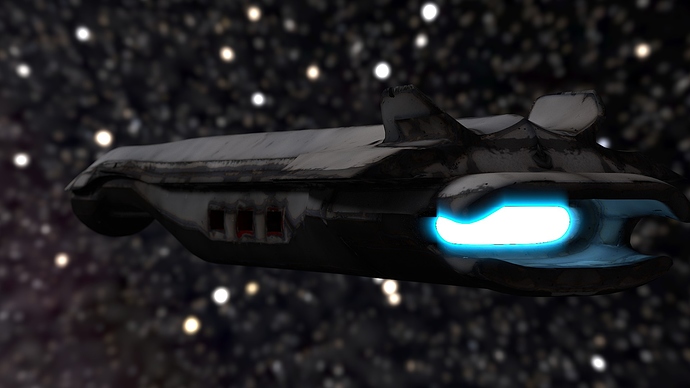 I personally think this is an improvement, but I’m not too sure. I’m going for a run down kinda look, old. And, tonight, I’ll be adding a huge portal in front of it.

The background is a HDR equirectangular image, and it probably looks weird due to DOF

The background really distracts my eyes when looking at the image. Tone it down because space is vast and light travels bor millions of light years from A to B so stars would no be that pronounced IMO .

What is this, a spaceship for ants? Seriously though, unless this ship is really small, there wouldn’t be a noticeable dof. I would recommend using a higher resolution background and getting rid of the dof entirely. The textures look better, though I think the lighting could be a bit more dramatic (darker shadows and brighter highlights). Keep working on it!

(this is the back of the ship right?)

This is indeed the back of the ship. I have no idea how I’m going to get the portal to look good, but here’s another render. 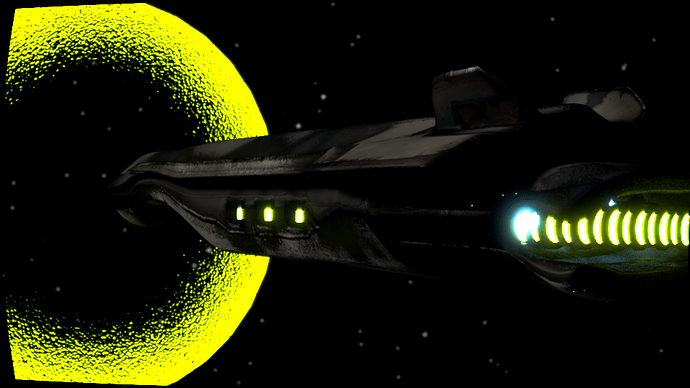 The portal is going to be blue, but I forget to change the colour. argh. I hate having no idea how to make anything look good in blender.

The background has definitely improved and the shadows look more realistic. What is the lighting setup? You could try increasing the brightness of the sun lamp. If you have the portal on a separate render layer, you could change its color in the compositor using a hue/saturation/value node. Adding a little blur/glare to the portal might also make it look better.

As far as unwrapping goes, I would need to see a better wire frame shot to show you where to place the seams.

How would i render on a different layer? And to blur it without blurring everything else? Sorry, im very new

Basically you want to create a new render layer in the scene panel and move the ship to one layer and the portal to the other. Then you can add effects to each layer separately and combine them together. Watch this tutorial:

With that render layer, I’ve been able to achieve the following effects, but still doesn’t look like a portal to me. 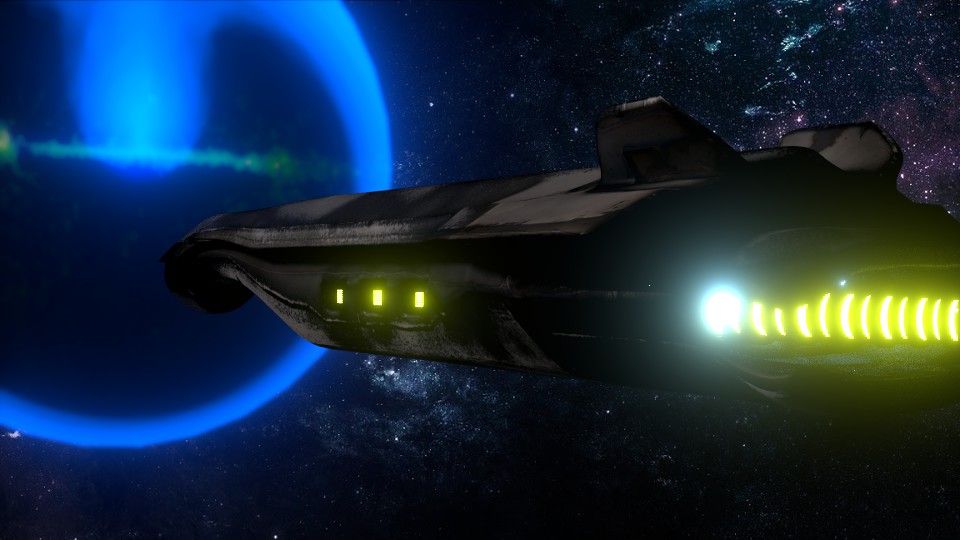 this is very well done and very alien, i like it do you plan to share the model? 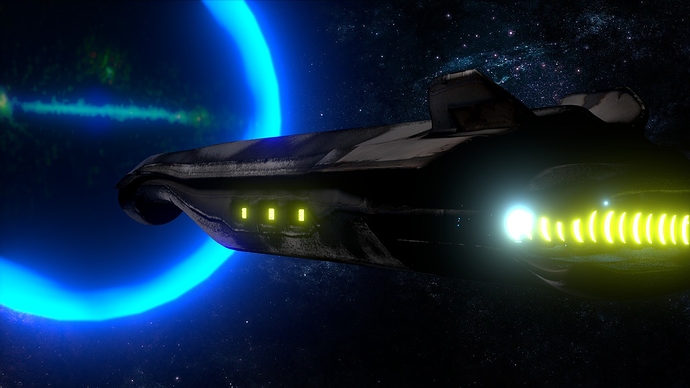 Here is the latest render. If i ever want to do more work, then it would be recreating the entire ship. But for now, I’m working on a christmas scene.

I’ve tried uploading the .blend to blendswap, but i kept getting emails informing me it was corrupted, so I’ll have to figure that one out.

nice work so far, though i agree with your assessment that the portal doesnt quite look portally yet. it could easily be mistaken for an alien plant at the moment.

Maybe you could have the portal distort the stars around it or have some kind of streaked blur effect like in star wars when entering hyperspace. I don’t know what the stuff inside the portal is right now, is it supposed to be what is on the other side?

Thats exactly what it is, pretty much an entirely new star system thats been blurred