The Crystal Ball Effect I’m trying for is a Star Night field as background, Crystal Ball mounted on a Wizards Staff, with that Misty inner Glow and Projected Outer Glow, which I do think I have that effect here, still needs tweaking, but a start, one problem is that I know I need to mask out the center of the ball in my Blur nodes, or overlay it so I can have a Glow effect and a Crystal Ball Effect, currently the Projector is overlaid on top, losing that Crystal Ball Effect, and which is to have the Projector on the inside of the Second Ball without glow, but this is where I’m stuck, trying to create a new Layer for the Second Ball, bring it into the main Render Layer of the Glow, which is layer 1, layer 2 is the staff, layer 3 is the projector, and the idea that I can not get working would have layer 4 as the Crystal Ball, which makes it clear that I need to mask out the inner glow effect, but have not figured out out to do that.

If you have a better way of doing it, please let me know, any help is appreciated.
Thanks. 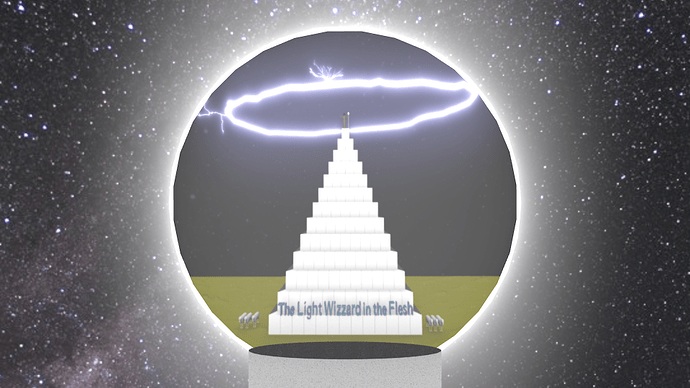 Update: I did manage to AlphaOver the original ball, but I still need to add Mist, Fog or Smoke or something, and add a Glass Material to get the real effect, question is do I create the mist inside this ball, or create it in another object, I just can not seem to figure this out.