This is an old project from all the way back in 2018 that I’ve never posted before. I’d been using Blender for more than two years by that point but this is one of the first few scenes I made without a tutorial that looked decent, since up until that point I abandoned almost all of my hundreds of experimental projects before achieving an appealing render. I created everything myself, including the textures which were all made by procedural shaders.

This project is actually a reimagining of an even older scene also centered around a blue glowing crystal. The scene has its flaws, but overall I still like it more than a decent portion of my more recent renders, especially since this was such a groundbreaking achievement for me back when I created it. It’s probably a big part of why I’m still using Blender today.

For a long time now I’ve been planning on reimagining this concept for a third time to see how much farther I can push it with everything I’ve learned since then, which I hope I’ll finally get around to sometime soon. 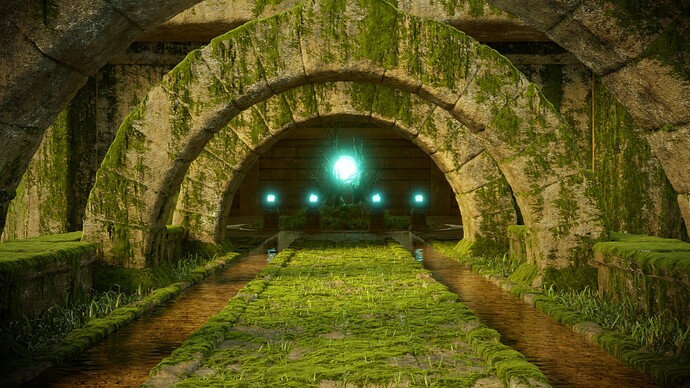