Hi All.
I’m using an (pre-) open-source beta-release game engine called Dagon from Senscape.net that targets panoramic click games ala the latter Myst games. I’m somewhat of a beta-tester of the engine so this is only a semi-plug

Making the resources is a pain though and I’ve created two addons (2.64a) to help me. Both could be useful for general rendering utilities.
These are my first programming exercises within Blender so vets might cringe at some of my implementations. There are also features I’d like to add that are beyond my ability right now.
Some notes particular to both addons:

“MakeDagonNodes”
The below image pretty much covers the operation.
Some things to note: 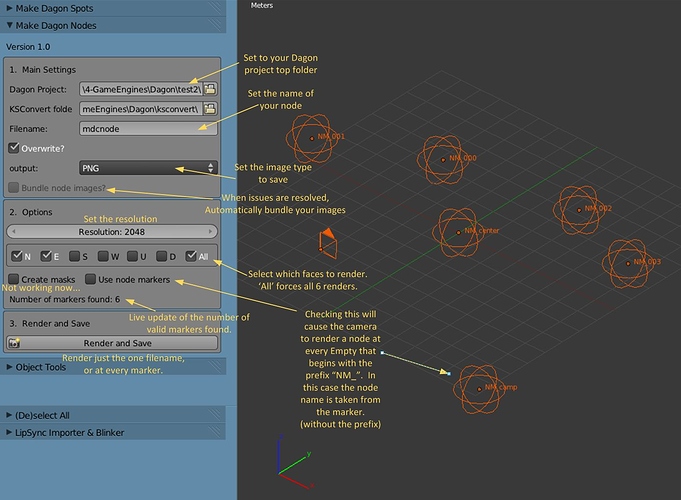 The second addon is for making spot videos (intended for cube-face overlay, but I believe still useful elsewhere) 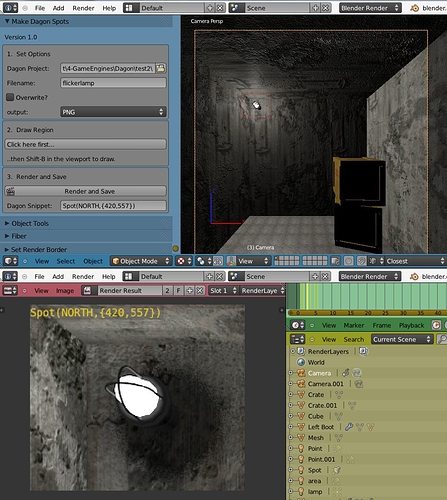 I’m surprised nobody is interested in cube-face rendering any more, used to be a lot of people asking about it and several plugins. (2.49 era)

Hey shadowphile, meant to drop by here and say great work on the cubemap renderer! Starting to get back into all things Dagon again and this is soooo handy - Dagon it, it’s good!