Cucumber Branch not merged for now?

Hey there…
when I read the code.blender.org post right Cucumber won’t get merged for now?
There is not letter that indicates in which state the Cucumber branch is at the moment. 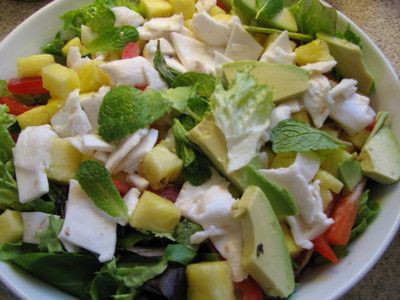 According to Mitchell Stokes

It is ready for trunk pending a review, which has been started.
So hopefully the devs can get convinced. Though the deadline for approving new branches to be integrated for 2.60 has passed.

I don’t really understand the devs… This branch doesn’t even add *SUPER GIG COOL FEATURE X", it “just” fixes A LOT of bugs and add many small workflow improvements… It should be merged as soon as it is possible…

If you saw the mail that Ace Dragon referred to not too long ago, there were some things that needed to be fixed before they could merge it into Trunk. Kupoman and his mentor (?) would need to fix these issues before it can be merged in.

dfelinto is also looking forward to commit. thats good news.
so i think Cucumber branch is undergoing review.
btw have you guys listened to the blender audio podcast relating to BGE Development ? (a bit offtopic here)

I am glad to see people are interested in getting Cucumber into Trunk, that is helpful. I am not sure why Cucumber has not yet been made a target for even 2.61, but the mailing list has been notified of the intention of making it a target on more than one occasion. I am not sure what the hold up is (as far as I understand it the current review should not prevent it from being a target).

For those of you interested in helping get the Cucumber code more stable, tell me your operating systems and I will try to make builds available for testing. Thanks for the interest.

@Kupoman
Yes we are intersted in this branch!!

There are many usefull improvements!
WinXp 32 oder Ubuntu 32…

You can listen about BGE development here:
http://blender-podcast.org/?p=135

@kupoman win64 please and I can also test the win32. I’m doing a lot of libloading and am curious to see if it all works in cucumber.

Here you are a win32 build

The latest changes to Cucumber have been done to a patch that I made after doing a merge with trunk. I will be uploading some builds made with that patch later today (after addressing some things from the code review). The build that Makers_F put up will work, but be aware the branch still crashes with dds textures that contain mipmaps and has some memory leaks with the dynamic lights (both fixed in the patch).

I noticed that you can’t play ogg files, and sounds don’t work…? I don’t think it’s an issue with Blender trunk, though…