Hey folks,
looks like I just found a bug in the (official) 2.62 release. It seems 2 me that the curve-modifier behaves differently in 2.62 compared to how it used to (confirmed other behaviour 4 me in 2.61).
Say there’s a meshobject which has a curve-modifier and its object-center has an offset in relation to the curve’s. If I create such a setup in (official) 2.61 and then open the file in (official) 2.62, the outcome in 2.62 looks the way it would in 2.61 if there was no such offset as mentioned above.
So when I open up the same unchanged file in 2.61 again and clear the offset mentioned, as to put the mesh’s object-center where the curve’s is, then the outcome in 2.61 looks the same as it looked in 2.62 while the object-centers where still offset.
Hope my description makes any sense.

Here’s some screens 4 the sake of clarification:

The expected behaviour in 2.61: 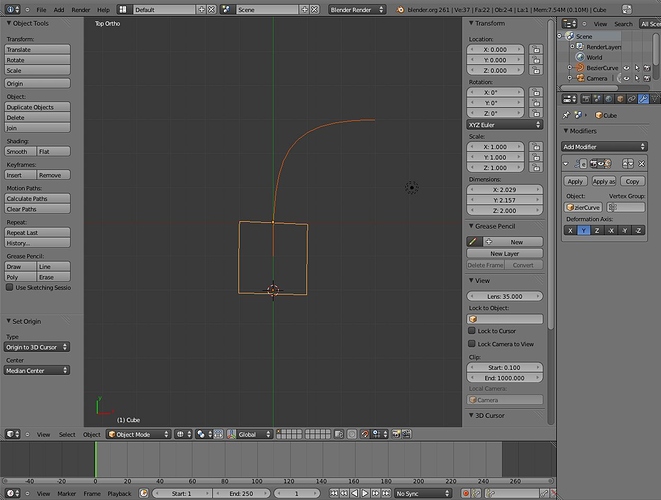 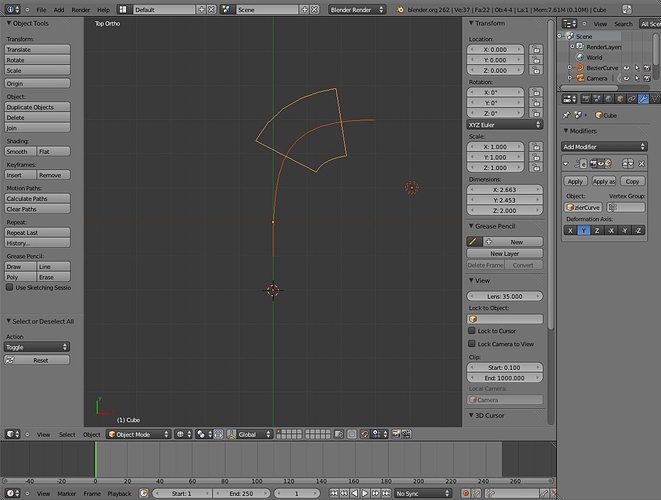 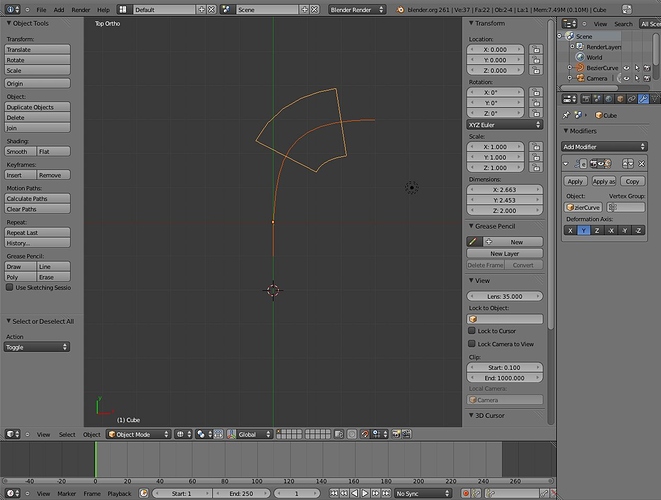 The blender-versions are as mentioned the official ones, 4 win7 x64, to be more precise. I’m on Win7 64, though I can hardly imagine this to be of much importance, since the problem is different behaviour in different blender-versions (which makes a really complex .blend of mine go haywire when opened in 2.62).

Can anyone confirm this? Is it a bug or is it supposed 2 be like that (though this would be pretty random & real weired)?
In any case I didn’t seem 2 find anything thereon in the bugtracker.

Yes, confirmed - must be a bmesh related difference.

4 the sake of completion: I submitted a bugreport on this meanwhile and it turned out it was handled the wrong way in 2.61 (applying the offset twice), while 2.62 handles it correctly.
So it looks like bad luck 4 me. I’m gonna have 2 fix those offsets myself 2 get that really complex .blend to work correctly in 2.62 and future versions. This is gonna be so much fun…