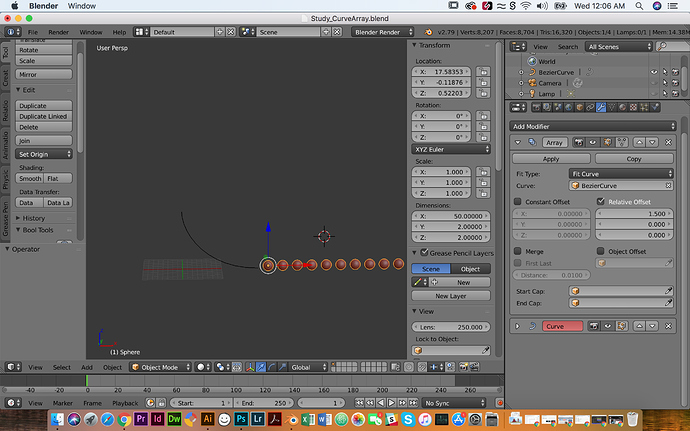 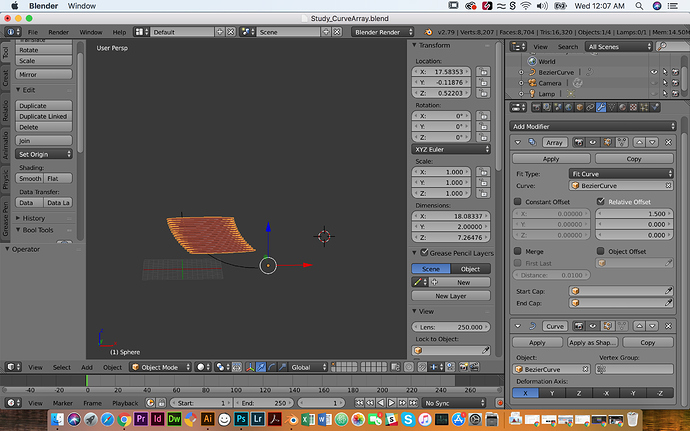 Im sure there’s an easy explanation but I could use some guidance. I’ve followed several tutorials painstakingly and I cannot understand why im getting these results???

You haven’t included an example .blend so don’t expect an answer why your setup behaves like it does. The set deform axis looks wrong but there might be something else going on.

Bézier curve you have there has unapplied scale and rotation. The radius is also changed. Would be best to set up the object and curve so that they make sense from the start. [image] Both the mesh object and curve have default transformations. Rotation is (xyz) 0,0,0 and the scale is (xyz) 1,1,1. Object origins are in the same place for both the mesh object and the curve that deforms it. Mesh object has its origin at the base where it starts to be deformed, and the curve starts from its ori…

Curve modifier is a deform modifier, so it will distort the meshes. Use frame duplication if you don’t want that to happen.

Ok thank you I will try all of this!

I looked at the file. You have some transformations on the curve. The scaling is not set to 1,1,1 and path deform is turned on on the curve.

Thank you @Lump that pretty much solved the problem, very very much appreciate the guidance! 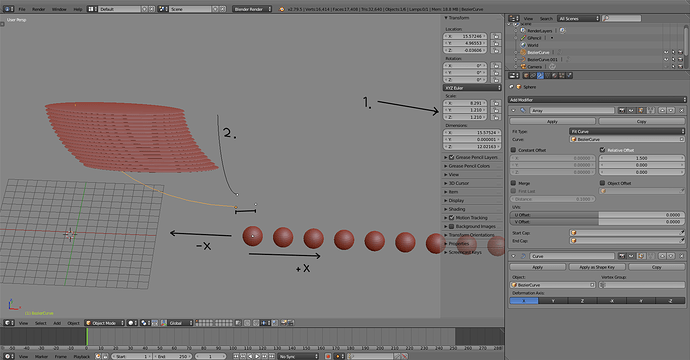 Applying the scale transfers the scale to the curve radius. Either would have to set the radius in edit mode (W -> set radius, for the selected), or disable radius from curve properties.

The curve direction is from left to right, so would have to switch it in edit mode. The array goes to +x, but the curve is at -x. There’s also an offset between the two objects. 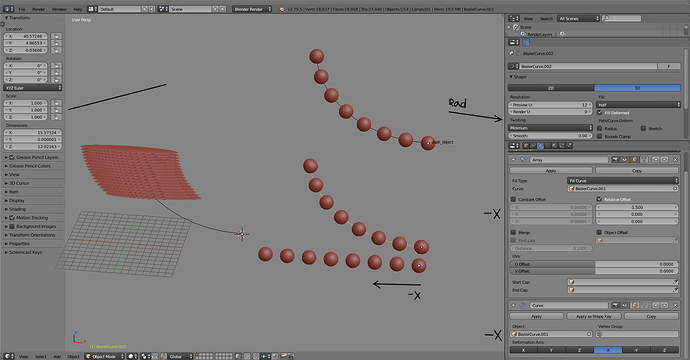 Study_CurveArray2.png1920×1004 198 KB
Moving, taking care of the radius after applying the scale, and making everything point to the same direction, it starts to make sense.

Thanks @JA12 your visuals are really helpful, I wasnt clear why applying the scale helped and you cleared that up beautifully.

Im going to try the frame duplication version with your instructions next.