So I have never had much luck with the curve modifier but I think I’ve run in to a place where it’s my #1 option.

I want to take the booth seat in the image below and wrap it around the column. It will wrap the whole column eventually.

One issue is that the booth is made up of several objects I would like to keep grouped. The are parented to the seat which I’ve tried applying the curve modifier to but the other objects aren’t curving with it. So that’s one issue.

The other issue is with the modifier itself. I can never figure out where to place the curve (a circle) and the objects in relation to one another. Does origin location matter, etc.

Seems like a really simple task but whenever I use the modifier it just twists the mesh all sorts of ways EXCEPT the way I want! The curve modifier works with curve object, not a mesh so you need to add a curve circle
All the objects need to have their origins in the same location
Add additional loop cuts to allow the object to actually bend 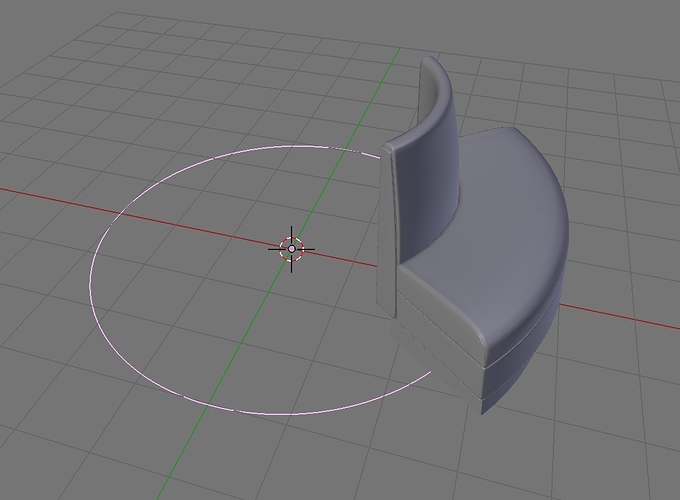 in this case i would use a simple deformation modifier and set it to bend. a lot more practical.

mind where you place the origin point though.

Hi, I have an object which I would like to deform based on the path of a bezier curve. I have looked up the documentation and found the sort of thing I wanted (http://wiki.blender.org/index.php/Doc:2.6/Manual/Modeling/Curves/Editing/Advanced) but...