Hi, I wanted to start a thread for anyone using curves based modeling. Or Spline modeling as it was called ages ago. I’m using the curves to mesh add on written by Mark Kingsnorth. 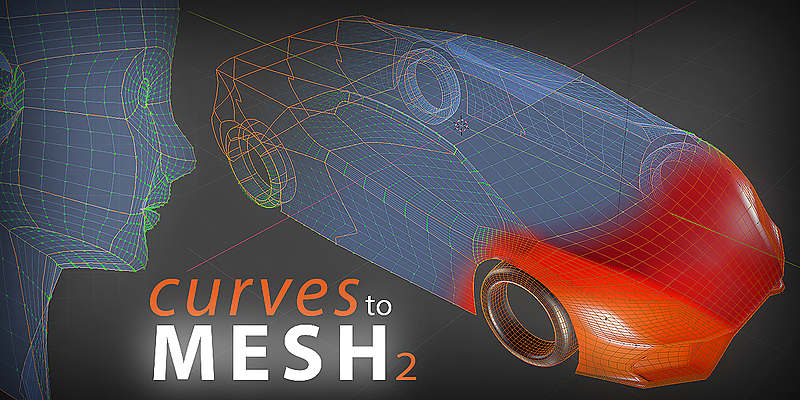 He has updated to to 2.0 and it quite useful.

Keep in mind I’ve been modeling for ages in other 3d programs but just learning Blender so I could be wrong about a lot of things. I wanted to see if any one had any suggestions on how to improve curves modeling. From what I can see in order for the add on to work the curves need to be separate objects from each other. They do not have to be welded, which is great. But they have to be individual curves.

Breaking the handles, or making a sharp corner is another problem. Currently you have to select the vertex and then hit the V key to set it to Free. Then you can move one handle without it affecting the other side. In other programs you can hit the Alt, CTRL or right click the set the handle type. It may not seem like a big deal until you have to do it a few hundred times. I think that could be a bit simpler to change.

Normals off by default. I always end up turning off the normals display. They just seem to get in the way most of the time. Maybe change the curves display to have a head and a tail so you can see which way it is going. And then turn normals on if you need to see them.

Grease pencil to curves. You can do this now but it’s a tedious process and you still need to separate out each stroke or curve if you want to patch them together. The holy grail would be to use the curve tool in grease pencil, draw out the curves and then be able to move them as individual curves. At the moment all strokes end up as one object. I’m not that familiar with grease pencil so if there is an easy way for each stoke to be an individual curve I’d like to know.
If any one has any suggestions for a faster or easier work flow I’d like to hear about it.