Custom bow (Roughly based on something from Skyrim)

This is a bow I made a while ago. Made the textures and model in Blender. Looking for input on the texturing so I can improve the next time I do something like this. 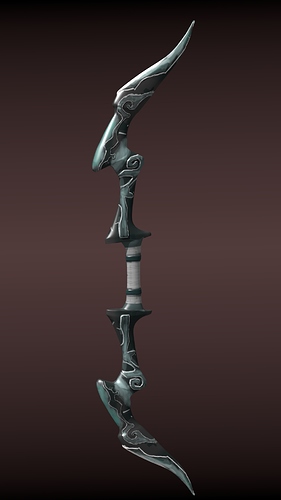 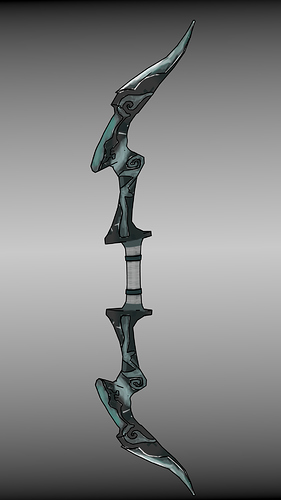 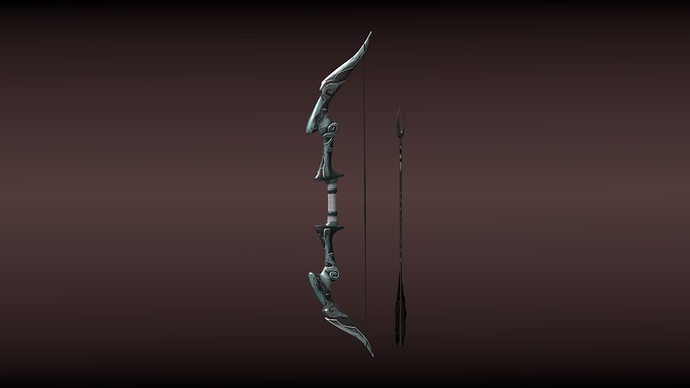 Actually I did render it with the string. Also one with freestyle to give it a more cartoony look.

As a “fantastic object,” it’s fantastic. As a plausible longbow, not so much.

The bow in-service must withstand the stresses of being pulled and must convey the entire force to the released arrow. This bow consists of a three-segment entirely vertical piece with the curve imparted at two joints – which would snap. (Unless you simply animated it so that it didn’t!)