First try at a guitar. i drew it at school and decided to model it. I would really like some tips on how to continiue. 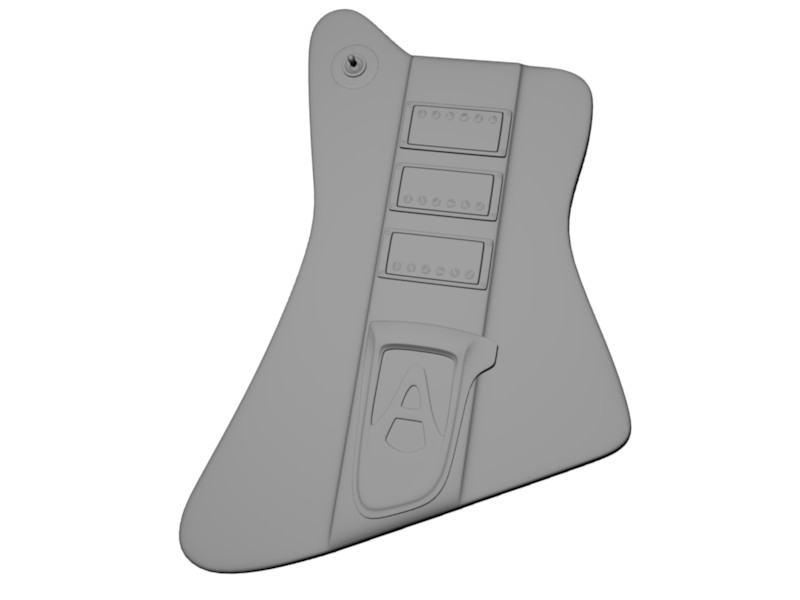 Too early for Focused Critique so moved to WIP.

Yeah, yeah. it’s allmost impossible to make a guitar that doesn’t look like another one. their not that alike.

thats pretty nice, i speically like the A at the bottom, nice touch.

is that toggle/ switch for the pick ups? if so i think it might be easier below the pickups so the player can easily switch on the fly.

or maybe it could be used like a wammy (right?) bar but it makes diffrent pitch/ distoration noise depending wich way you push it

keep up the good work, hope to see some nice IBL renders of it.

The pickup switch is the same position as on a les paul guitar.

here is an updated version and a wire:D 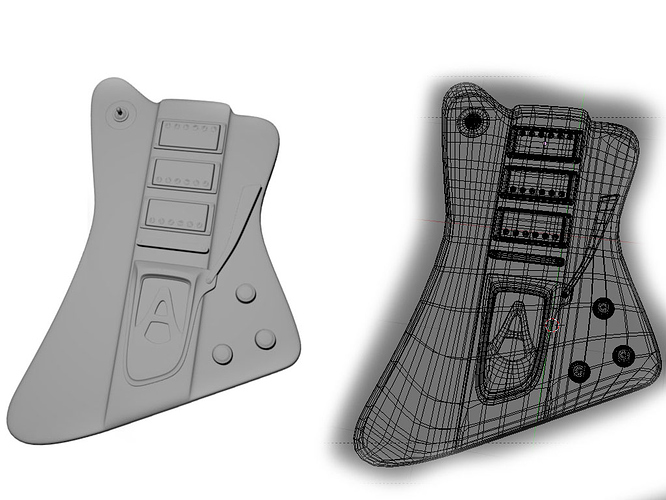 what render setting are you using?

if your not using these, you could give em a try.

AO on 6 (default), AA filter (cat-rom), 2 lights, one low powered sun light with shadows next to camera (faded orange), another lamp (hemi) pointing towards the guitar from the right hand side with a low power setting and a blue/ purple colour

Thanks:) i’ll try those settings

Update (Need some help on how to do the neck) 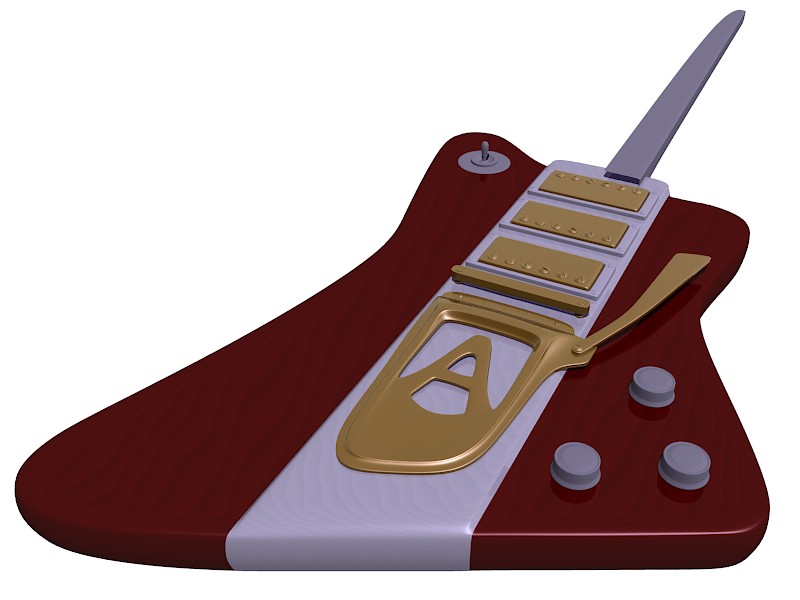 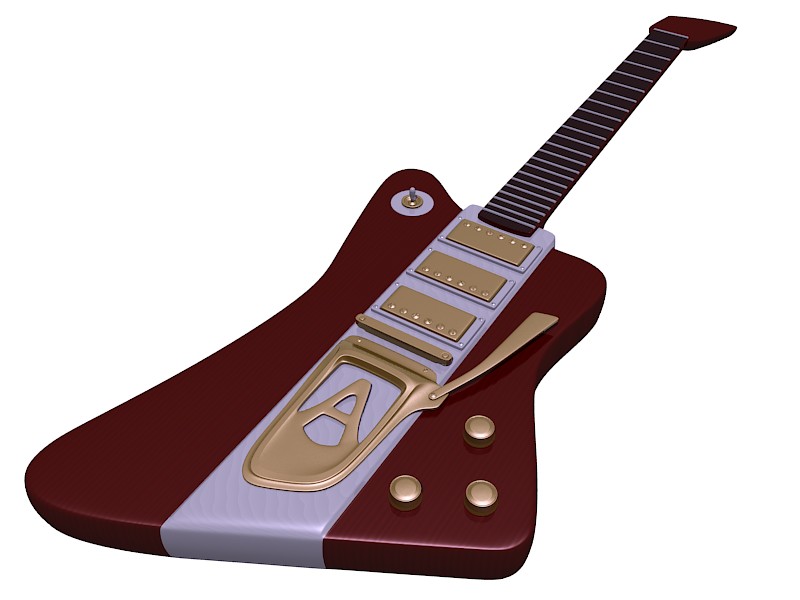 great modeling!
nothing to critics