Cut Holes in your Mesh without making a Mess

Here’s a quick video tutorial on cutting holes in your mesh without the mess that can sometimes result from using booleans.

Here’s a render of a quick model I created using this technique:

Great video tutorial. There’s a lot more you can learn there than just cutting a hole.

Thanks for answering a frequently asked question with a great-looking video. I have one nitpick - the Edge Slide is in Ctrl-E, Edge Specials. Shift-E is the crease tool for sharpening up subsurf edges.

@CD38
You’re right! Thanks for catching that, I’ll correct that within the hour!
:rolleyes:

Very nice tutorial. Thanks for that.

I’m glad you all like it! There’s a whole lot more coming…

Nice tutorial, quick and to the point. Have you considered adding it to this wiki too?
http://en.wikibooks.org/wiki/Blender_3D:_Noob_to_Pro

Very nice tutorial, I liked the text overlays. I have been trying to think of a way to do this properly for a while…

Top drawer. Top drawer. This is gonna help a lot of folks for mouth and eye editting in their models.

The video doesn’t seem to work for me, and quicktime says the software needed to run it isn’t available on their servers, will I need a special codec or something?

@Hugh
This will sound odd but, the Quicktime player is probably the worst player for the Quicktime MOV file format. I have always gotten terrible performance from their player.

I highly recommend googling for the “mplayer” and the “vlc player”. With these two video players, you will rarely find a format that you can’t view. Every MOV file that won’t play in Quicktime, plays just fine in these two players. And, they’re free!

(you would think that Apple would know their own file format better than third parties but,…)

Weel, really thanks for sharing it. You brought me to the idea of making this “art”

Short question: How can I make the blue&red blend together easily? If the answer is too difficult, say it, and i’ll make a new thread for it, else, please answer here. 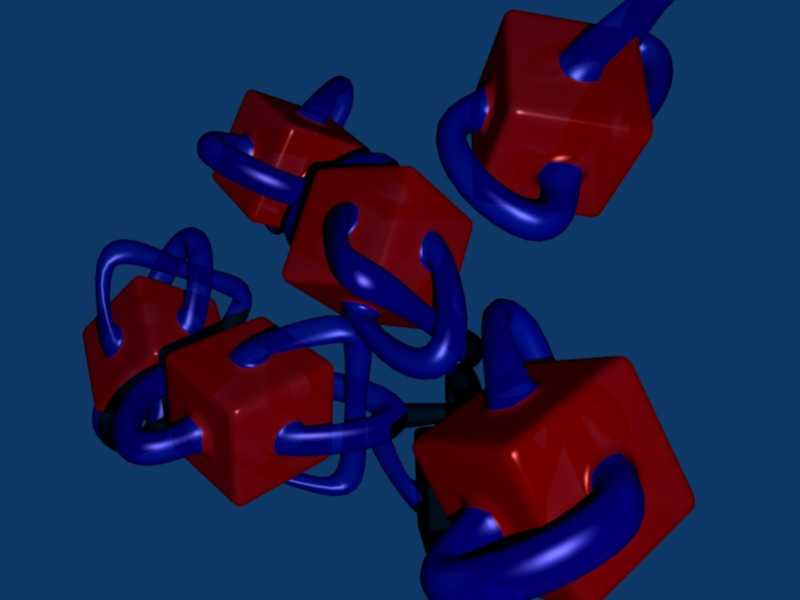 I believe that will be the easiest way to get what you’re looking for.

I remember there was another tutorial about cutting holes. Is there anyone who knows where that one is.

hate to be negative here, but this is teaching hugely inefficient modeling practices to newer users. six and a half thousand verts for a simple cube with a hole is far too much. If you apply this same technique to a complex model, you will end up with a mesh that is unrenderable.

At the very least, at the end of the tutorial, you should have deleted about two thirds of the edge loops (x --> edge loop)

@Madcow:
Good gracious, man! Did you follow the tutorial? 6,500 vertices? You subdivided one more time than I did…

Anyway, the only reason I subdivided as many times as I did was because I wasn’t making a “simple cube”. I also wasn’t trying to make <big_booming_circus_announcer_voice>“the most optimised model in the world”</big_booming_circus_announcer_voice>, I was simply doing a quick modeling of the “Boom Box” image displayed in the post. Obviously, you subdivide based upon what you’re actually trying to model. This technique can also be used with a cube that’s only been subdivided once.

ALSO, this technique can be used even if you don’t do any subdividing at all. You simply just need to setup your topology to allow you to delete at least one vertex that’s surrounded by as many vertices you want to serve as the opening. You can also use this to create an opening of any shape, not just a circle.

Thanks for the great tutorial! I’ve learn’t lots.

Only I think it would be nice with some naration, as it makes tutorials easier to follow. Doesn’t really matter though.

Many thanks. It clears things up for me. However, as most people have said, it is ince to have a voice to listen to, because we can minimize the video screen and listen to you talk us through and only watch if we are having problems duplicating it. But you have taught me things I haven’t discovered as of yet.