Cutting a circular hole in the side of a cylinder ?

I’m trying to cut a series of circular holes into the sides of a cylinder. In fact think of it as a straight section of pipe, as it has inner and outer surfaces. I’ve searched these forums and google. So far I have seen some suggestions about using the WARP function.

I’ve tried this, and apart from it being a little hard to master ( my circular mesh seems to want to orbit the cursor rather than deform), I don’t think it would be right - I’m aiming at an effect like drilling a circular hole into the pipe, and I think that Warp would bend in the ‘sides’ of the circle - ie it would look like an ellipse if viewed in the direction of the hole.

The other one that gets mentioned is retopo. I’ve tried that and have a few images to show below (the left image is front view showing the circle to be cut into the vertical pipe/cylinder, while the right view shows the pipe in plan view, with the circle after retopo on the right of the image. The two images are not at the same scale !). It would appear that although close to the surface of the pipe, the circle isn’t quite on it. Now, that may just be due to the different number of vertices/faces etc - if so, is it possible to get Blender to add vertices on the edge. Or put it another way if one end of the circle edge lies on face 1 on the pipe, and the other end of the edge lies on the next face of the pipe - can I get an additional vertex added at the edge joining the two pipe faces.

My other thought is to use the Geom Tool script and use the face/face intersect, and then delete the existing faces and build up the new faces edge by edge. I don’t mind that it would be a lot of work, but I think I would still end up with the issues of trying to the keep it all as quads (I will want to subsurf), and I suspect there would be a lot of triangles to try and patch up.

Incidentally the circle was extruded out prior to the retopo as I read somewhere that it was likely to lead to a smoother finish after the subsurf.

Any suggestions or advice ? 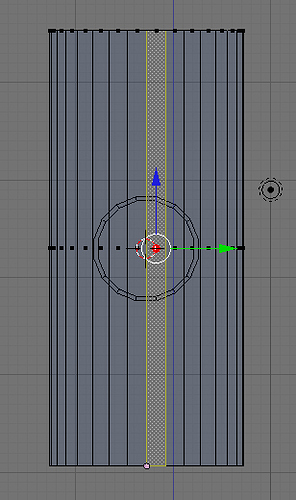 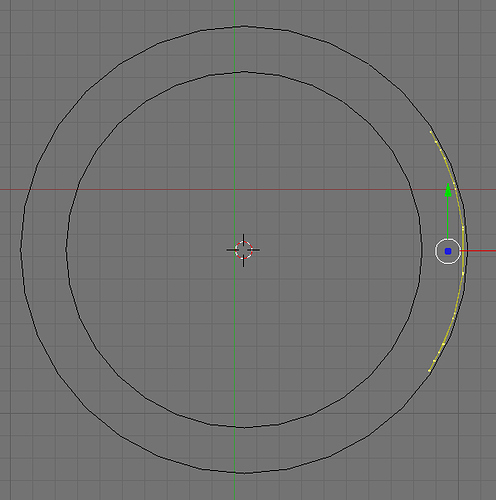 This is from the top of my head, can’t test it at the moment, but:

Subdivide the side faces of the pipe, and delete a face where each hole should be. Ad a subsurf modifier, and those holes should become round. If you delete the faces all the way through, should be aligned holes, and you can then use those face edges to actually put faces inside the holes as well.

To help you perhaps with this, I have exactly this problem in my tutorial (link below). Unfortunately not for Blender but the concept of what to do is basically the same, using booleans and other techniques with subsurf.

I know all the tools are different but maybe it will help give you some ideas.

Here is a direct link to that page:

My experience with Blender is very limited. As far as modeling goes, I have been able to find various ways to get things done. But there are probably people more apt at giving you good tool advice than I.

But first it is a matter of being able to envision the polyflow you are looking for. If you were to look over my tutorial from that point of view it might help. (Go go over the concept of poly flow quite extensively in the tutorial from the begining) Then you can seek out the tools you need to get the job done in Blender.

Hope this is a help.

A good start would be to section up your tube with horizontal cuts, the holes would go between the cuts. Considering you can use a circle object and use that as a guide when using the knife tool on the cylinder.

The best thing though is to do this with the cylinder lower poly and using subsurf for the high polygon look.

this is the best tutorial in the industry for what you need - to me, is the bible of hard surface modeling.

Thanks for all the replies folks. I’m downloading the two videos overnight, so I’ll hopefully get to look through them tomorrow - thanks Teo_Yoni and Pappy.

Cyborg Dragon. I presume I could use edge loops with Cntl-R to add more loops closer to the site of the hole, but I’m not too sure about how I would best use the knife tool in this case. Would you mind elaborating a little ?

Richard, thanks for your comments. Would I be correct in thinking that the essence of your method involves projecting out a vertex from my circular hole to intersect the straight edges along the length of the pipe, and then tidying up the faces afterwards ?

Amor_inflexi - I know what you mean, however wouldn’t this lose me the precision I have from the actual circular shape ?

Again, thanks everyone for your suggestions. I’ll work through them over the next few nights to see what I can come up with. Cheers,

Yeah, that is the basic idea but it is more of a “controlled burn”. You will tidy up because you want the hole to fall along the curved face of the pipe like you were trying with retopo. But you want to plan it so that you don’t wind up with too much of a mess to clean up.

But regarding specifics of how to do that in Blender I’ll leave to the experts. But regardless, the main thing is getting that polyflow where you want it. Simple edge loops and well placed 5 poly points or “poles” as they are often called. I go into it more in my tutorial.

here is a very simple way of doing it

and make certain you have close surfaces for the 2 objects

Thanks RickyBlender. I’ve previously steered clear of boolean, due to the triangles it creates, however I think I’ll need to look at it again - it may be that it correctly picks up the interesections, and it just lies to me to get rid of the triangles and rework it as quads. I’ll do some experimentation !

you can always do a knife cut

it;s one tool that can be use sometimes

but then it s a lot more manual editing to do

Thanks RickyBlender. The thread is at http://blenderartists.org/forum/showthread.php?t=55895 and it looks very useful. I’ll certainly work through that to see what I can get out of it.

Brados33 - you mentioned using the knife tool - what do you think would be the best way of using it (I’ve never spent much time with it) ?

cheers and thanks all,