My English isn’t perfect. I’ll try to summarize the issue as much as possible.
I get different transparency on glass object in cycles viewport and in its camera render.
The object is supposed to be plain and to contain a second object which is visible in viewport but not in render.
Therefor, it would be pointless to solidify the object.
I’ve searched the web quite a while but similar issues seems too different for my needs… 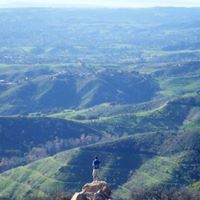 Found this but it uses solidify which i try to avoid because the object is plain.
When i render the object, it’s just as if it ignored all other objects around. It’s just like the object ate every objects it touched. Like a glutton or something.

Maybe i should render coating object on a layer and coated object on another? 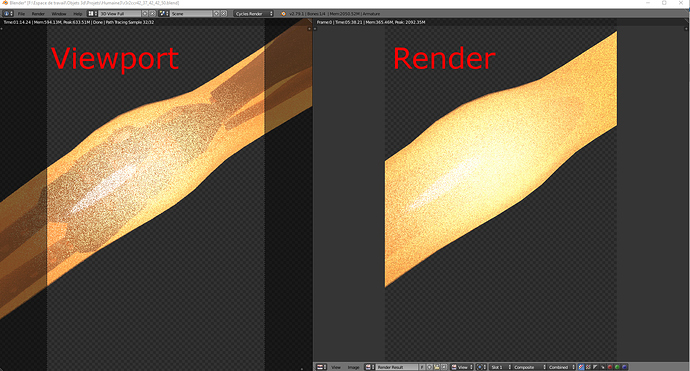 BTW, sorry for the chopped up title. It said “cycles viewport and render displays glass shader silhouette wrong in render but not in viewport” and it almost doesn’T even make sense but whatever. I have no university degree into making sense anyway, so.

Chop.blend (3.34 MB)
Here, i reduced as much as possible. Press render to compare.
I’m unsure but there must be garbage materials that are unused in that reduced scene… And might be missing textures too. Hmm… But i doubt it’ll affect the way it renders. Hope you figure out what i haven’t :3

The object is supposed to be plain and to contain a second object which is visible in viewport but not in render.

the inside bones are not visible in the render, because you turned off renderability for those objects (camera symbol in the outliner).

Turn that back on and there is no difference between render and viewport:

Wow! wouldn’t have figured out that one ever! Thank you very much! It totally fixed it

How do i mark thread as solved?