Ok, I have two planes. The Second one has a subsurf and shrinkwarp modifier, which keeps it very close to the first plane. It also holds a Transparent BSDF material with 100% transparency (full white).
However, as you can see in the picture below, the plane still casts a shadow. How is that even possible? Can someone help me? 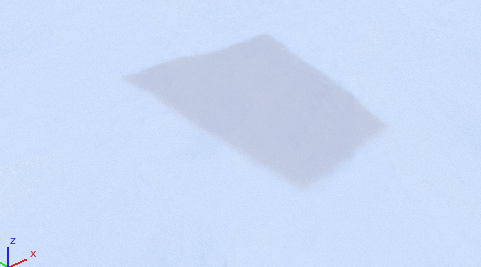 Is the Transparency in the “Light Paths”-tab set ok?

Somebody can certainly help… but not without having your blend file (or a simplified version of it) to look into.

Attach your blend file to your post or upload it at http://www.pasteall.org/blend/ and copy/paste the link.

What are you rendering with. Some GPUs with older CUDA versions don’t support shadow opacity with the transparent BSDF if I recall correctly.

What are you rendering with. Some GPUs with older CUDA versions don’t support shadow opacity with the transparent BSDF if I recall correctly.

Unfortunately not, Im rendering with an ATI card, so no GPU rendering for me

Ok, well I tried to isolate the planes and appended them into a new blend file for uploading. When I was rendering the setup I recognized that the issue was gone. So there was something in my original scene which caused the false shadow and I realized it was the environment texture (by turning it on/off).
That said, I now know whats the reason, but I don know how to fix that without dumping my env. texture.

EDIT: Well its probably easier to dump the env. map in the World nodes and create a mesh hemisphere for the env. texture