I’ve run into a problem that I can’t figure out. In the past (see first screen shot) I’ve used an Add Shader to superimpose a .png image with a transparent alpha on a material background. 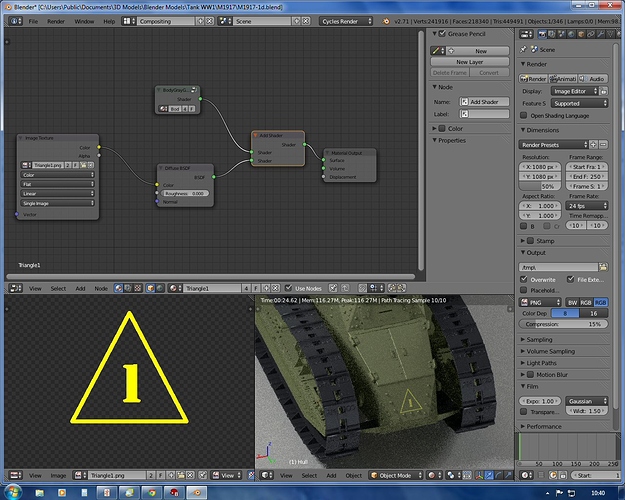 When I tried to do it with the current model of the French 75 cannon, it doesn’t work. The second screen shot shows the .png image as a texture and the third shows the same view rendered. 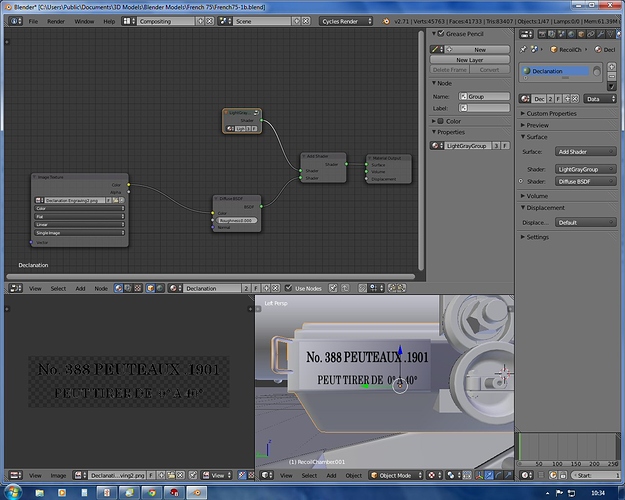 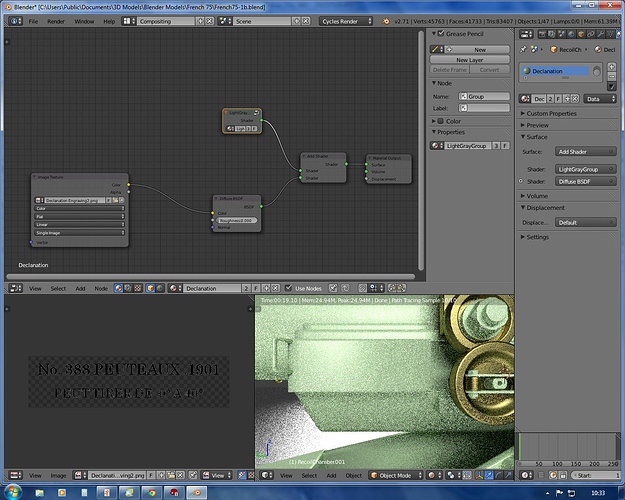 I can’t figure out what I’m doing wrong. I tried to upload the Blender file in a separate post, but it didn’t work.

Thanks for any ideas.
Tom 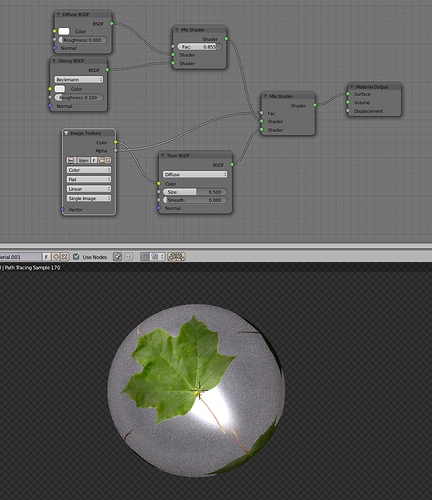 Here’s a quick render of the gun barrel with Richard’s texture solution. 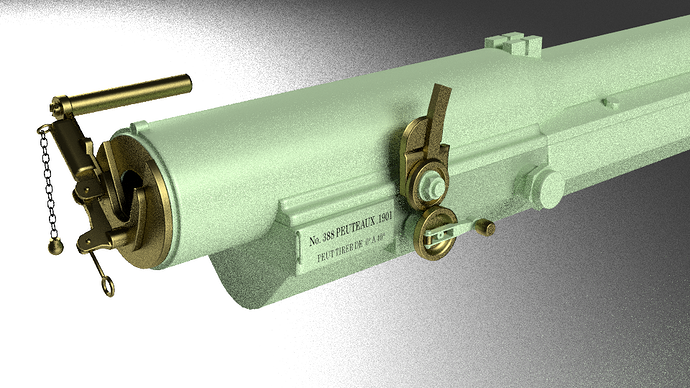