Fix Cycles CUDA suboptimal performance on Windows 10 with recent graphics cards
When compute preemption is available we schedule more work which is more
efficient. However the CUDA driver appears to be incorrectly reporting this as
unavailable, even though it should be supported starting with Windows 10 1803
and Pascal and Turing (10x0 and 20x0) graphics cards.

This reduces render time by about a 25% difference on our benchmark scenes. On
Linux compute preemption appears to be reported correctly.

Sorry, but where does this news come from?

Surprise no one posted, Brecht has determined that for various scenes, it is indeed quite useful to have a min bounces setting like in 2.7x.
https://developer.blender.org/rBc9238e638fd5f6b3e4cf22d879d397dee1b09b48

Now I’m not against the idea of making this smart and automatic, but tests on a scene I have shows the idea is a lot harder to do the right way than it looks. To conclude, it’s actually good to have this back, especially as it will help with denoising.

Sounds good. But any news about adaptive sampling? Would have loved to set my max to 10-20000 samples for the difficult stuff (ggx aniso and dark/hard to reach indirect lighting), while the majority of surfaces in the scene terminates much earlier.

The min bounces parameter was simply something that was added back to Cycles as part of resolving a quality regression, adaptive sampling would be an entirely new feature that won’t be in 2.8 because of the feature freeze.

Still, while having the min bounces at say, 10, doubles the rendering time, the convergence rate goes up many-fold with scenes highly dependent on indirect lighting and especially with scenes containing volume shaders. That in itself can be considered a great improvement over automatic RR.

In addition, there would be a reason why automatic RR is default and the parameter is in the advanced subpanel, there’s a point where you get diminishing returns in quality improvement while the rendertime increase remains linear. It is not recommended to disable RR completely by having the min bounces and max bounces the same. Some scenes also benefit way more from it than others as already stated. 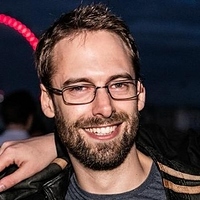 Hearing the news that the Release Candidate for 2.8 is coming soon brought me back here to check if anything had been done on this minimum-bounces issue. This is so important to my business for 2.8 to render just as well as 2.79 yet this might be...

A number of professional users said the automatic RR made Cycles unusable for them (which could’ve meant noticeable consequences for the dev. fund and Blender’s place in the industry). It was argued that reintroducing the feature would’ve meant rolling back various speed improvements, but the penalty was high enough to where they couldn’t make up the difference.

Wherever, anywhere but out of the toolbox. This is becoming a joke.
Also, if only the door for 3rd party render engine developers would be as open & documented as is for cycles (internally)… it’s the least what could have been done to remedy the pain caused by strange days

Apparently something got disclosed just in time for Siggraph 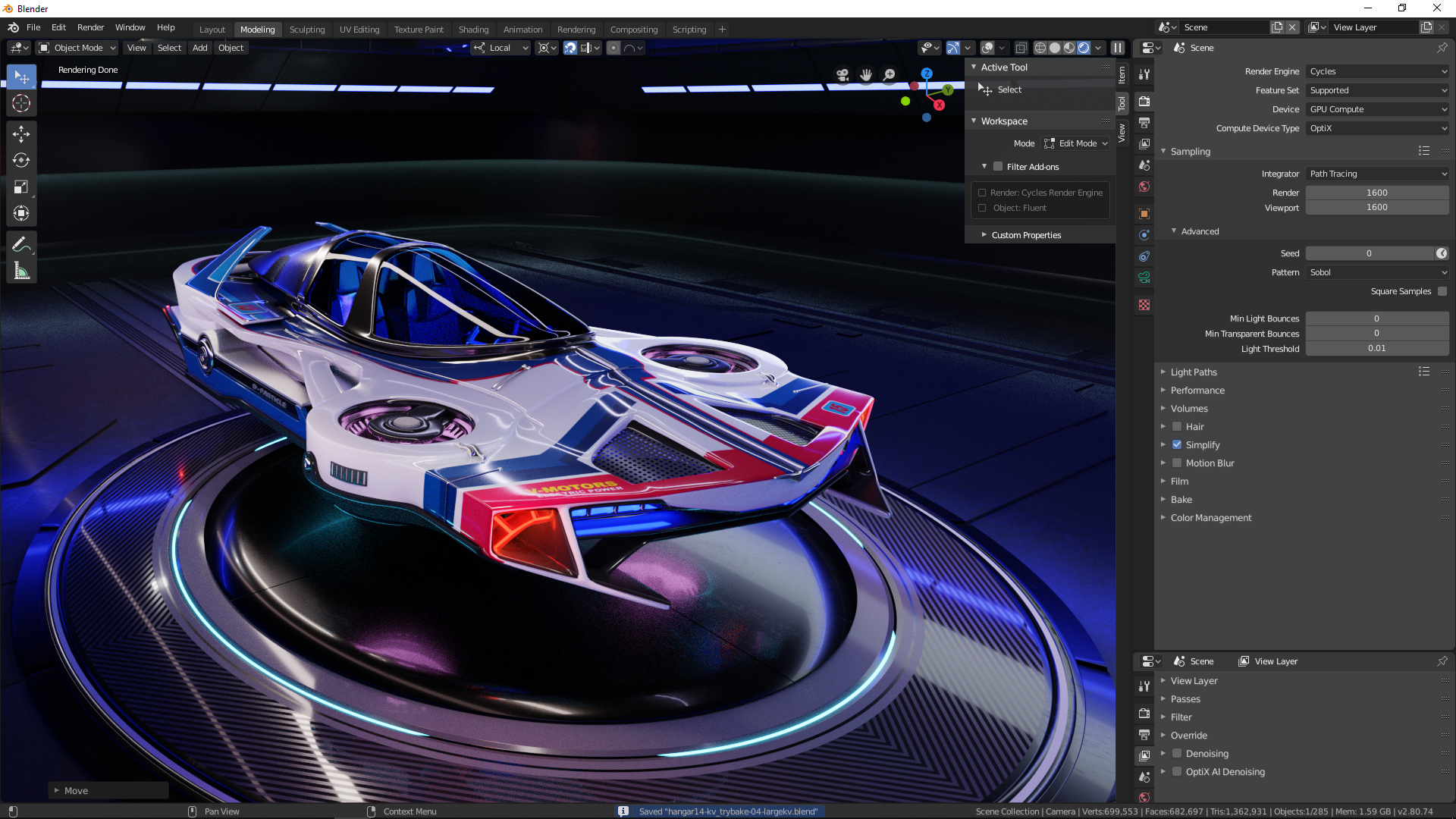 Now AMD needs to step up and provide hardware solution as well to ensure they are not held back.

Now AMD needs to step up and provide hardware solution as well to ensure they are not held back.

Yup, because Nvidia is getting ridiculous with this prices. That’s what’s monopoly do.

Intel and Nvidia were my favourite, but for the past years they are doing big ‘mistakes’, their products have defects, and prices… I really hope AMD will make some noise.

Well, Intel supposed to unveil their dedicated GPUs in 2020 so MAYBE table will be thrown up and at least they make Nvidia behave, while AMD regain their CPU market share. Interesting times ahead of us. 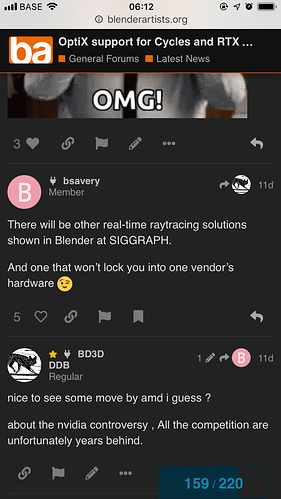 This guy work or For amd. He may detain secrets ? pure speculation.

I’d like see them making a move too. But well amd has always been a secondary brand of gpu. If they do the threadripper trick again but with gpu’s it may work for them?

Totally missed that comment… But dam that is some intresting statement indeed.

There are rumours of NAVI 12 (larger then current GPU using NAVI10) which could potentialy use what AMD pattented as Hybrid Ray tracing. When is next SIGGRAPH?

They do the stunt each year it seems.
Let’s hope this time it’s for real

Yeah. I just hope AMD’s investment in Blender will bring noticeable improvements. Compile times is a good start, but is there still any potential untapped performance in AMD’s GPU’s…

Still even if no improcements there… Blender wise, seeing so many positive posts (funding, funding a tad more funding, and now nvidia, and also one of hte render engines going free for blender…)

What will happen next week?

AMD may show there new Pro render too