why is there so much emphasis on cuda?seems that is a bit of a commercial bias towards nvidia.
i have always preferred amd/radeon. more open cl development is needed.
i was under the impression that open source blender was not commercially biased.
But it looks to be just that.i must say i am quite disappointed.

Because AMD cards don’t work as well. There’s no equivalent to the OptiX denoiser or RTX on AMD, and those are very handy things for Cycles. Furthermore, Cycles has always run poorly on AMD cards compared to Nvidia, worse performance, kernel rebuilds, missing features, mysterious bugs, on and on and on. It just doesn’t make any sense to use AMD for Cycles unless you have some ideological preference for AMD, or need their hardware for some other application are making do while running Cycles.

OK,not trying to start anything just curious.nvidia cards that are the equivalent of my 8gb vram card are just way out of my reach money wise.no real bitch other than i just can,t afford it ,i am on a fixed income.
but i get it now.i am currently slowly piecing together a new pc build based around a Ryzen 9 3900X 12 core.
i will look into nvidia cards.

Nvidia is just a lot better at getting their hardware to run smoothly for a lot of programs than AMD because of their extensive development time being put into the software side of things. Basically they actually put developer time into assisting various brands to have Nvidia technology supported. You don’t have to worry as much as a consumer if the latest Nvidia graphics card is going to get supported or not for your line of work or when playing games and such.

OptiX got added to Blender because Nvidia themselves reached out to the Blender Foundation and lended some of their people for the project. Meanwhile AMD just hasn’t done the same thing regarding their graphics cards or even their top of the line processors. You can have whatever opinion on Nvidia, but they sure know how to ensure their dominance on the market with their software support.

While we were finishing up LuxCoreRender v2.3, work on v2.4 had already started. Here are some of the new features that are already available in latest builds: One-time OpenCL kernel compilation Like many other render engines, LuxCore now compiles OpenCL kernels only once after the installation. Note that currently, this happens for the final render and for the viewport render separately, but we plan to do both at once eventually. Improved environment light cache The env. light cache is LuxCo…

at least in my test, setting cycles to my amd gpu, the oidn viewport fails and reports an incompatible gpu. i can however do a gpu render and use oidn compositor node without issue. would love it if the two could cooperate like this for the viewport

Meanwhile AMD just hasn’t done the same thing regarding their graphics cards or even their top of the line processors.

This isn’t true. Amd paid for a full year of development into cycles opencl:

This article is part of an occasional series about what developers can do when they collaborate. AMD is a real believer in open source projects. Our developers actively contribute to ... 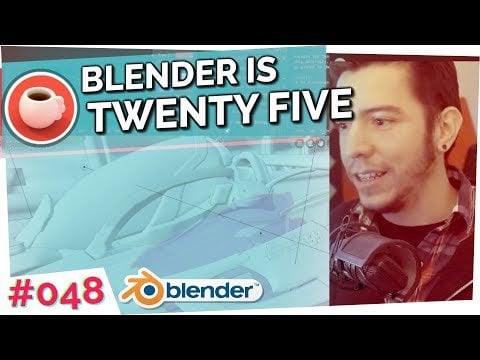 Correct me if I’m wrong, but I don’t think nvidia has literally hired developers to bring the optix code to cycles. I think they just licensed it in a way that made it compatible with cycle’s license.

I think most of the issues we have in opencl are from the lack of focus on it, not limits with what opencl can do or whatever.

i think brecht just recently enabled oidn for viewport denoising. don’t know if it already is in recent builds though.

… i don’t think hardware wise there is that much difference between amd and nvidia gpus but yeah, cuda simply is better. i really dislike the vendor lock-in though and i am looking forward to what amd will do with raytracing.

Are you sure that you are talking about OIDN (OpenImageDenoise) and not about Optix denoise? For OIDN denoising in viewport you should use latest 2.9 buildbot builds.
In any case, you show here screenshots of your configuration.

I recall Pablo V. mentioning commits to the blender code repository done by employees of nvidia related to optix and cycles cuda.

1 years of development in 2015 doesn’t mean much in 2020. Improvements made to cycles by blender developers only since then is probably more of an improvement than whatever amd did in that one yearl.

@Chanfironly Thanks, I take back that part about nvidia devs not working on cycles directly.

1 years of development in 2015 doesn’t mean much in 2020. Improvements made to cycles by blender developers only since then is probably more of an improvement than whatever amd did in that one yearl.

The point I was making was that when opencl wasn’t useful (didn’t support all the features cuda did) amd actually hired their own developers to bring it up to feature parity. That is far from a situation where amd didn’t care it had worse performance, and since 1 year was enough for them to fix those issues, maybe some more development time that focuses on opencl could fix all of its current issues.

Hopefully I’m not wrong again but I heard that cycles only supported cuda based gpu rendering when it first came out. It seems like the development focus has always been on cuda development instead of opencl. Maybe it’s just something simple like Brecht having more experience with cuda, but there still remains the fact that development has always been focused on nvidia technology.

And I want to let you guys know that I’m not an amd fanboy or anything. I currently use a laptop with a gtx 1070 and the last amd graphics card I owned was an old agp 8x card.

His work will be Vulkan work more then OpneCL… As Vulkan already has integrated some parts of OpenCL, i have a feeling this will replace OpenCL engine.

is there something in the work
to have some nodes or modifier
equivalent to the Alt B cross section ?

Do you mean some sort of rendertime boolean ?

not a boolean !
same effect then the cross section done with Alt B in viewport

Check the blender BIM add-on. It has a cutting plane function which works really quickly and it uses some node magic to achieve it.

i will check the Bim addon