Hi, I was wondering how to achieve a fresnel falloff in cycles like these ones from luxrender or cinema 4d. 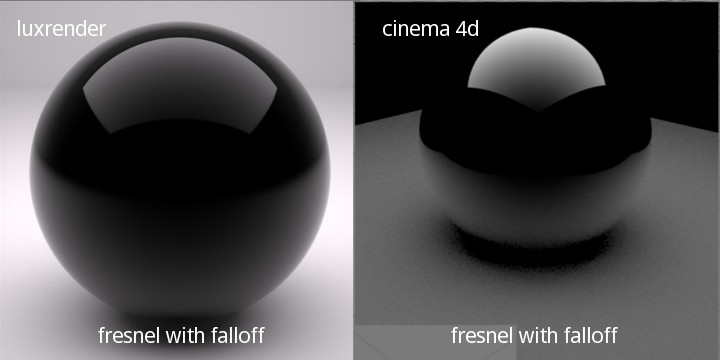 Already tried out something in cycles, but it feels quite hacky to me. 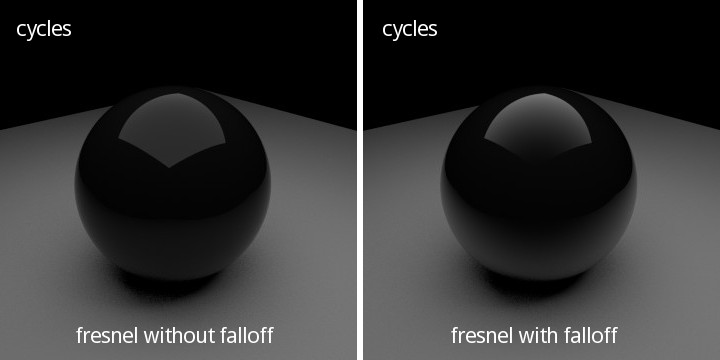 cycles without and with fresnel falloff 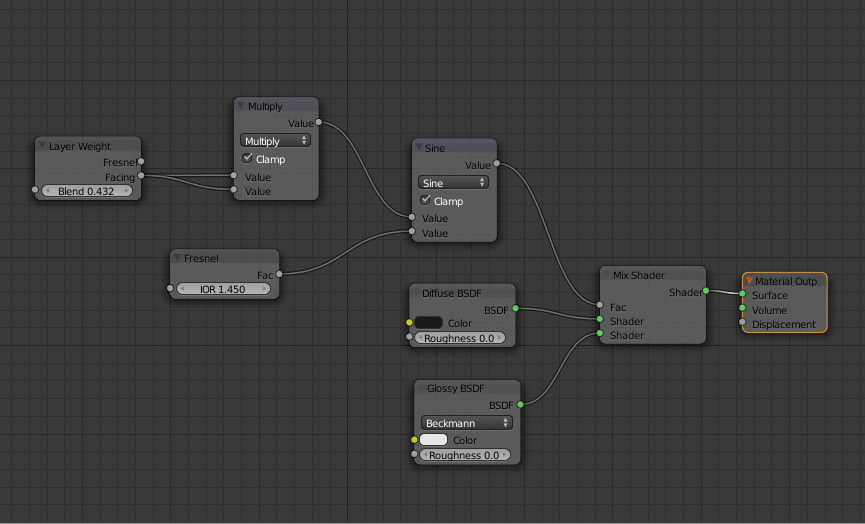 Looking at the node setup, I’m not sure if the additional fresnal node is actually doing anything.

The reason is that some of the math node options like ‘sine’ will not work with something input into the second slot due to the nature of the function, in other words the fresnal node isn’t actually doing anything. (and before you ask, it’s not a bug).

Also, I think multiplying the ‘facing’ output by itself may actually be weakening the falloff effect, either use it as a direct input for the mix node or multiply it with a fixed value or a different output of another node (that’s not producing the exact same data whether it’s falloff information or not).

Thank you for looking into this!

With your advice in mind, the node setup was pretty useless. 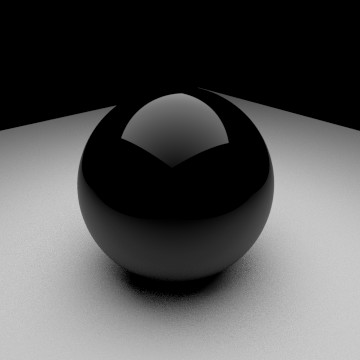 …just realized, this set-up just uses the facing value. So it is not really a solution to the problem. 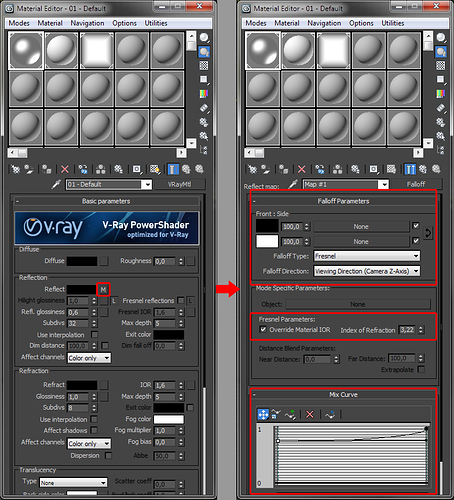 I already posted this in another thread but it might be good to get back to this subject:

In vray there is a way to use a falloff for the fresnel. If you use it like this you can recreate correctly behaving materials. You can a) choose a falloff type of fresnel, then override the material IOR with the correct IOR of the material you are trying to recreate. With the mixcurve you can recreate the wavelength of the material at a value of 0.5893µm. On this site you can find the refractive index of every material http://refractiveindex.info/. If you choose above metals, then aluminium for example and then change the line/wavelength below to 0.5893 and scroll down you see the curve at “Reflection calculator”. The green curve is what you have to use. the last step would be to use the correct color of the material under diffuse. Well I’m not totally into the theory behind all this since I learned it from my professor but it works quite well. So if anyone knows how to recreate this setup and is a little bit more familiar with the theory, please reply. Thanks in advance.

can someone make the difference between fresnel and layer weight?