Here a futuristic car I’ve been working on lately. The Car is a double mesh one mesh with a glass material and the other a glossy.
Original size 3508 x 2480
Rendered for approx 4 hrs 600 samples.
Reflections are a bit over the top but I think it looks good.
Comments welcome. 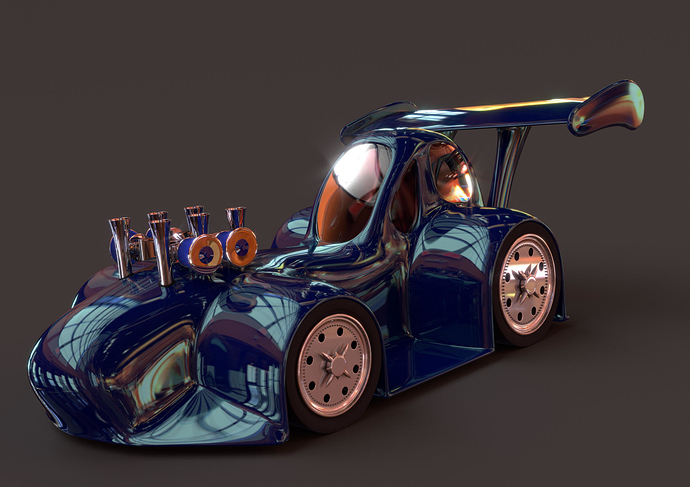 You may want to take a look into the cycles forums… there where some really cool car shader node setups there. I think it’s just a matter of mixing a glossy and a diffuse shader and using a fresnel node as the fac input to blend them. You shouldn’t be seeing such obvious reflections straight on.

keep it up, this could be even better:)

nice but reflexion is to much.

Thanks for the remarks.

I wasn’t going for anything super realistic. My child liked the reflections so thats why I went nuts with them.:eek:

Nice but +1 on reflections. Just toning them down would suffice.