Cycles GPU render error...not out of memory (atlest i dont think so)

Im rendering something in cycles and for some reason Im getting this error, and I don’t know that it means…
Anyone else seen this before? 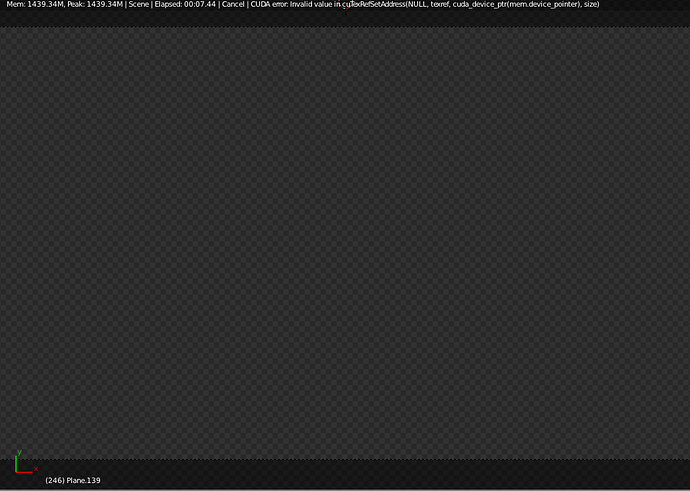 Ive rendered with my GPU many times before…it could be a memory problem because it renders with CPU…and only fails when i unchecked simplify in the scene panel…Thanks
Storrboy (Storrboy) April 25, 2018, 11:06am #2

So what has changed since it last worked?
Have you changed drivers or Blender version? What card do you have?

I have a GTX 670 2GB…all that changed was I d-selected “simplify” so that SubSurf was re-enabled…renders with CPU tho, so could be a bug in blender or just my card just running out of memory

I haven’t encountered that error, but it’s kind of sounding like lack of memory since I see after 7 seconds it’s consuming 1.4g of your 2 and checking simplify works. As an experiment I would try turning simplify off and lightening the scene - adding things back in to see where it stops.

I’m no programming guru, but the “texref” part of the error makes me think it’s failing during some texturing process. I wonder if at that point it’s trying to load up a very large image and running out of room?