cycles image mapping scale how to ?

i’m trying to port an image texture to cycles

is this possible or is this a bug in cycles mapping ?

but if i use the camera or window maping
it seems to work better in 3D
can someone explain what camera and window mapping does? 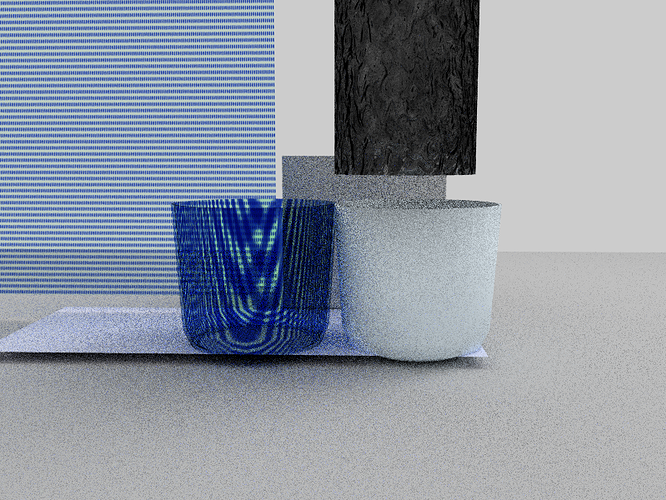 now this is not doing this effect in normal blender where it works well!

also on the cube the image appears only on the top
not the side of the cube!

You really need to unwrap your bowl. It’s a rather complex shape. 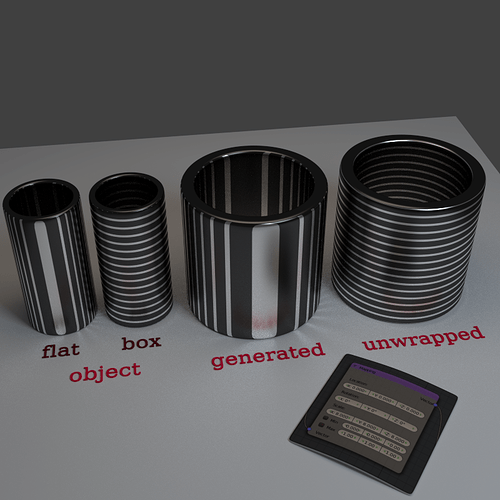 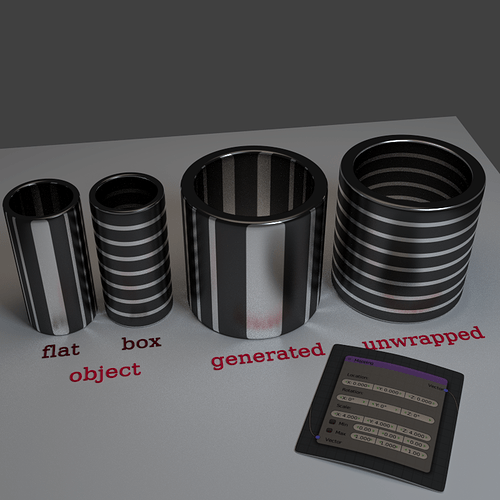 However, the scale should always work as you can see hereabove.

As for a texture not appearing where it should, it only means that the material isn’t applied. Because of the way Blender projects a texture, at least you should see it spread vertically if it appears on top.

Any way, “textures” means “unwrapping” except in the most simple cases like the plane I used to show the mapping node. For your bowl, I’d suggest Cylinder Projection for the inside and outside. The edge and the 2 sides of the bottom shouldn’t need more than Project from View or nothing at all if they don’t need to show the texture. Simply create another material for them. YMMV.

and i can see you point that UV might work better but
wold like to make it work using equivalent of ORCO in BL for cycles
there must an equivalent for this mapping !

and what do you mean by Flat ?

now i tested with camera and window and it’s beginning to work
but wondering how these mapping are done or work?

i’ll do some more testing

I don’t see why the devs would have changed the generated UV on the road from BI to Cycles. It would break a lot of old stuff. Well, if they had a reason, they did it. So… That’s another question ask in the forum: Is there difference in between the 2? I honestly don’t know. I’ve really started to do renderings with Cycles on GPU. The nodes and the procedural materials are my thing. <3

For the rest, check on the Texture node, there’s a widget labelled “Flat”. That’s where you can switch to Box mapping. Flat means projected along the normals of the faces. That’s the usual way. Box mapping projects along the 3 local axes of the object. This was added for architectural work so that you can easily apply textures on the walls, floor and ceiling… which are like the faces of a box.

Camera and Window coordinates are really strange beasts… They works mostly in 2D. The texture is projected on the object from the camera. The difference is matter of scale. In Camera coordinates, the texture will keep its dimensions and be tiled to fill the bounding box of the object. 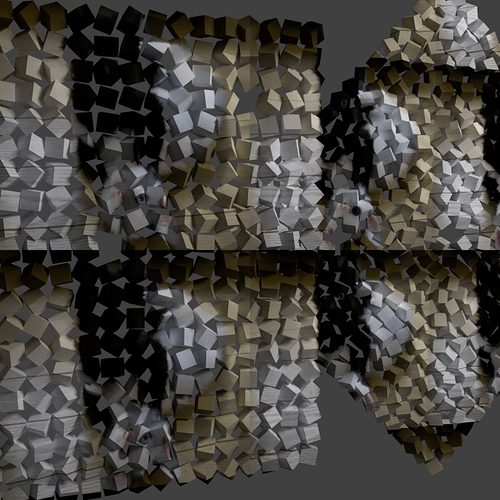 In Window coordinates, the texture is stretched or squeezed to fit the screen, independently of the size and distance of the objects. 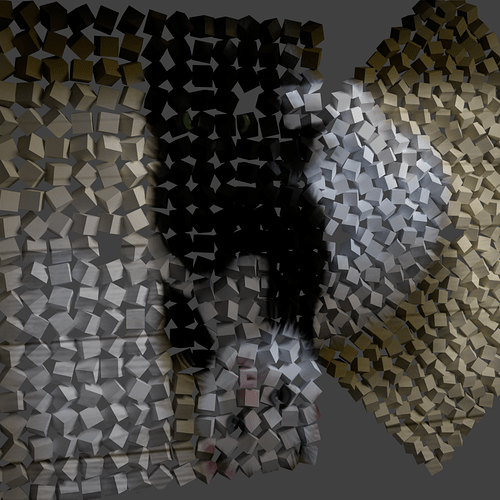 I don’t see much practical use for the Camera except to create some cheap and easy mist in a static scene. And the Window coordinates can be used to keep an image in the background of whatever the camera sees. Any way, these 2 beasts shouldn’t have much more than very specific and limited uses on objects.

Note: The snapshots show 2 planes emitting cubes as particles in a grid pattern. The diamond-shaped emitter is farther behind.

can you uplaod sampel file for the camera mapping
not certain how this particule system works here !

i’ll do some testing on the flat var !
did not see this var have to find it and test that
but that might be it !

that’s it
box is beginning to work!

now have to see if i can reproduce samething then in normal BL !