I haven’t seen this issue reported anywhere else, so I’ll post it here. I’m not sure if it’s my fault or 2.71, but there’s been a few issues with this new version.

One is that the vertex snap spazzes out and snaps verts far outside of the camera’s boarder. Sucks if you’re trying to retopologize something.

The biggest one though is what’s described in the title. Here’s my setup. 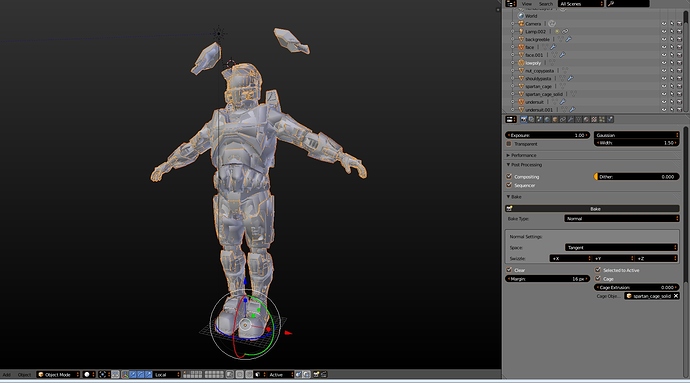 And here’s the bake I got. 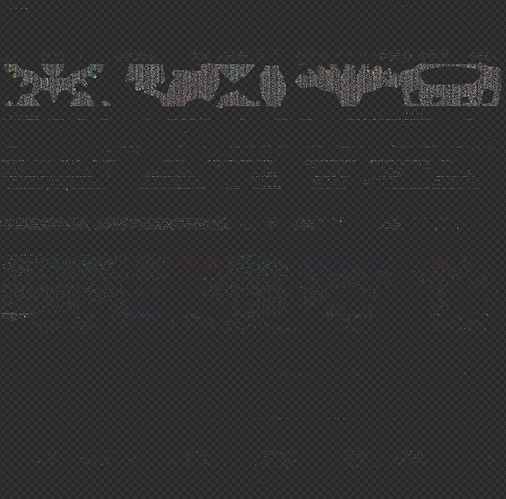 So this is actually the second attempt at baking normals with this mesh. In the first attempt, I made a cage with edge splits in it, thinking they’d make the normal map cleaner. I was wrong, and they totally screwed everything up, but the normal map still resembled a normal map. I made a new cage from the low poly, fixed up some issues in the UV unwrap I noticed from the initial test bake, and went at it again. What you see here was the result.

So I’m not sure if this is due to the different UV coordinates of the high poly and the cage mesh or something like that… Actually, I don’t think that’s the issue because I just did another bake without a cage and the normal still ended up like this. If someone had an answer, I’d appreciate the hell out of it. Until then I’m gonna keep troubleshooting and definitely will be reporting back if I find a solution. I’m currently seeing if CPU or GPU rendering makes any difference.

UPDATE: OK, it was the rendering device. The GPU gave me the screwed up bake, and the CPU worked just fine. I’m gonna see if other bake types do this too.

UPDATE 2: Yep, GPU baking seems to be completely bonked… which is weird because my very first bake was a GPU bake and it worked just fine.