Im using an HDRI image to render a scene - and I edited everything exactly like I wanted using the Cycles-Render-Preview, than it was time to make the final render, and I got a the following problem.

The final render is a lot dark as in the Cycles preview - Here an example: 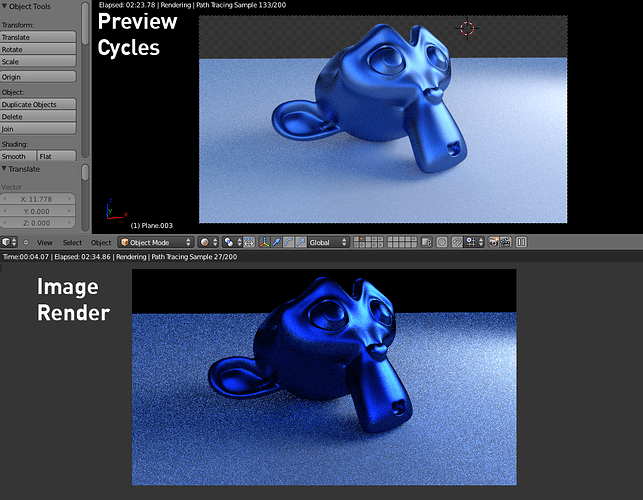 Does anyone know how to solve that, and could me point some directions?
I lost almost all day trying to solve that. I want the brightness on the final render to be exactly like on the preview.

Switch the render menu to Blender Render and see if the color management box is checked, it might be you unchecked it or made it unchecked by default by accident.

If it is unchecked, check it and switch the menu back to Cycles, the render should look a little brighter because it also affects the Cycles engine.

that solved the problem…thank you very much…