Here is a render I did trying to get Cycles to render skin better. I am using Ben Danise’s amazing model and his textures I only modified one texture.

I am not trying to take credit for this model in anyway shape or form. I could never model as good as Ben Danise and please direct all questions and compliments his way for the model and textures. I was just playing with the nodes to try and get a realistic skin.

Wasn’t expecting to see that come up. For starters I can see the lazy texture smearing of mine on the nose, still work that could have been improved on that.

Those textures are generated mainly from photos on 3d.sk so I can’t put the file as such on Blendswap. However, I haven’t forgotten about that. ‘Eventually’ I’ll put a more realistic style character on Blendswap with textures that fit under the right licenses for sharing, etc. Eventually. 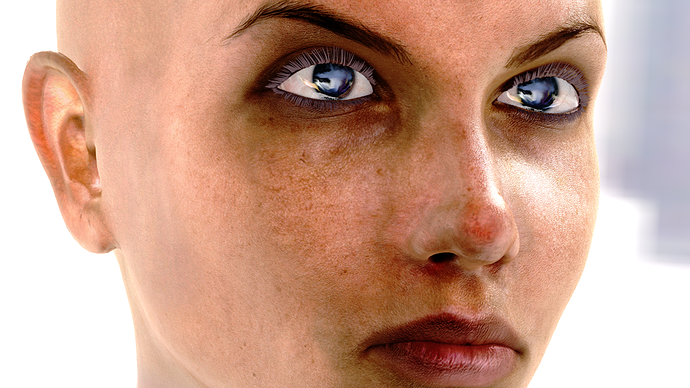 To illustrate what I mean, I’ve taken the image into Photoshop, changed the mid point of the levels to 2.2 (instead of 1) and saved the image again as above. Technically that should all be taken care of in Blender automatically now. The proper ‘fix’ would be to make sure Colour Correction in Blender is turned on (you may need to go back into Blender Internal to switch it on, then back to Cycles) and then in Photoshop/Gimp/etc change the mid point on the levels of each colour texture to 2.2 as described.

You’ll lose a bit of colour depth this way, but eventually I’ll get some new textures out and another model. I do have an updated model with hair and a basic rig and some WIP textures. It’s just I don’t have a timeline for finishing it and a number of other side projects.

Overall the skin effect does work fairly well given that Cycles still lacks SSS. Much of that probably still comes from the photo based textures rather than Cycles itself though. Would you care to show the node setup?

Also the eyes are too glazed over. The reflection on the outer eyeball material (cornea) should have some falloff (fresnel)

This is looking superb!

I notice that the ear looks a little too opaque… you can fake SSS by adding some red in places.

ldh119 I see what you mean where the overpowered white light is hitting her.

BenDansie First I got to say thank you! I have learned a lot from your posts on here. Great job on the model I think it is amazing! I see what you mean about the color correction. Yeah the eyes, I don’t know what I was thinking. I looked at the nodes and I think I threw everything into that node group?! I changed it to transparent with .138 glass mixed in. I will upload a re-render once I get time to dedicate my CPU to it. 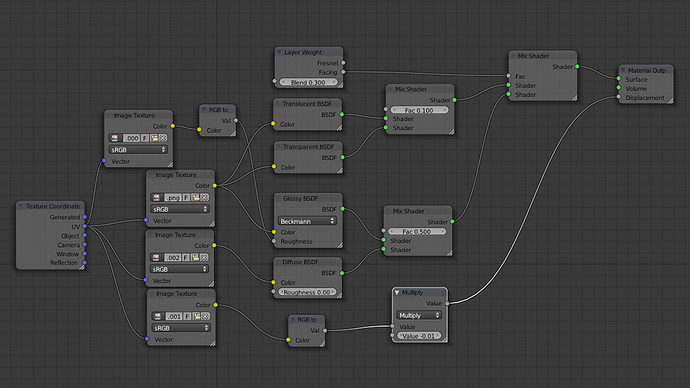 Rocketman Thank You! I checked out Rocketman’s Show Reel - 2011 and that was amazing! Did you do all that in Blender? Great job.

Here is the updated render removing the overpowered white plane light in front of her face. I also fixed her eye mat. I think if she had some volume she would even look better but when I added volume some of her verts went crazy. Let me know what you think of the skin.

Here is a re-render.

I tried the link in the tutorial on his web site (http://www.cdupload.com/files/30156_ee4uo/BDSkinTut_Packed.rar) but that site is shut down.

I am not very good at skin shaders myself but i say that it looks too “hard” i mean real skin is soft. Also looks too glossy indeed. I dont know if cycles is capable of SSS yet but you should activate SSS. If you already have then Pump it up a notch.
The front of the face looks a bit weird the rest is good

So just Work a bit on the front part of the face. also make sure you use SSS.
I love the eyes, Wanna share how you made them

@jafem - Cycles is currently not capable of SSS. It’s planned, but not there yet. However, in the event that the effect takes a lot of time to render once it is implemented, I think it’s quite handy to push little experiments like this anyway as a fallback option for larger scenes, more detailed characters, etc.

There are a number of good resources for doing 3d eyes now, but this page as a quick check for reference has basically the info you need. http://www.phungdinhdung.com/Studies_paper/Realistic_face_modeling.shtm

Also, I plug this book all the time, but it is awesome… http://www.ballisticpublishing.com/books/essence/face/

@maui - Yes, many of my links on this forum are now down including that one. However, I did work a bit more on another head texture setup on the weekend which I will be able to share under whatever license I see fit. Will let people know when that is available.

it looks good, but she kind of looks like she has a black eye.

here there is my test

those materials are awesome MmAaXx. Where did you learn how to make those shaders? if I may ask.

@BenDansie - Thank you for the update and looking forward to the new posts!

i tried MmAaXx approach, tweaked it a bit, heres my result, 300 passes 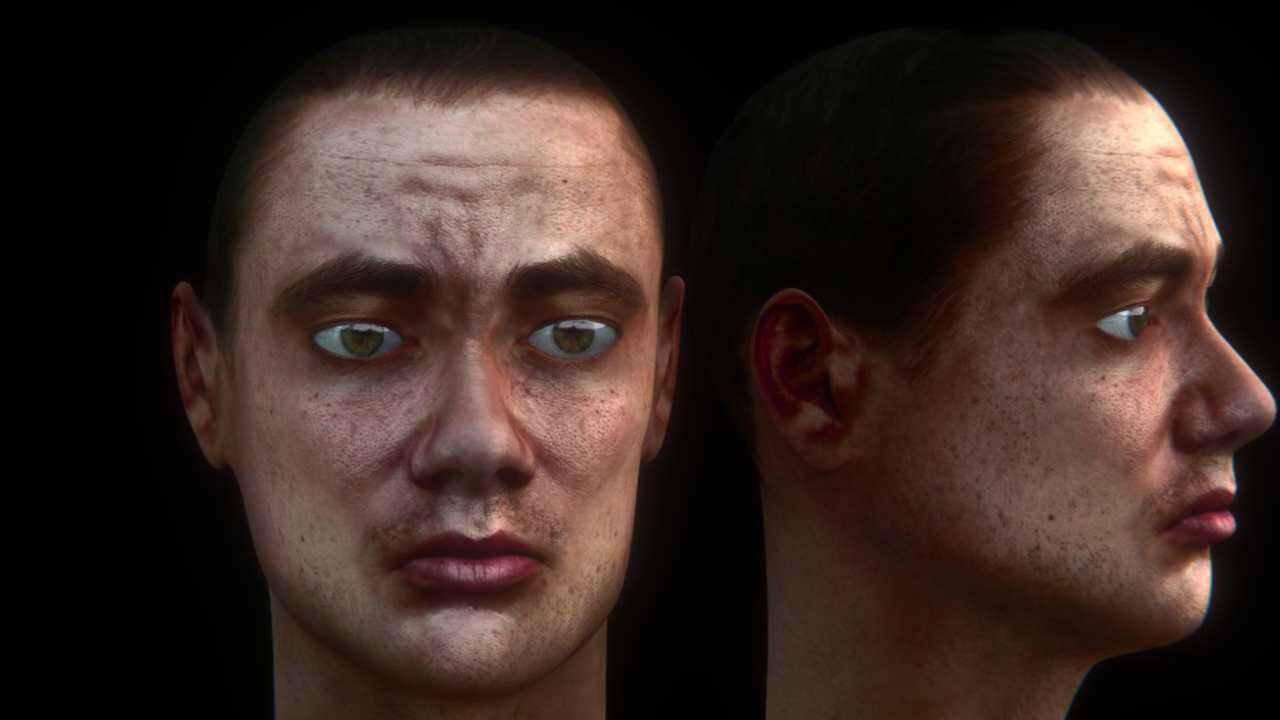