This is just a test. I just try Cycles on our iPhone game objects.

Don’t forget, an iPhone game with very lowpoly objects and only diffuse textures.

You can find ingame screenshots on iTunes: http://itunes.apple.com/app/gather-the-gems!/id482568422?mt=8

I think this is very interesting, because the result is relatively good. So the good rendering is more important than the high poly count or good textures. 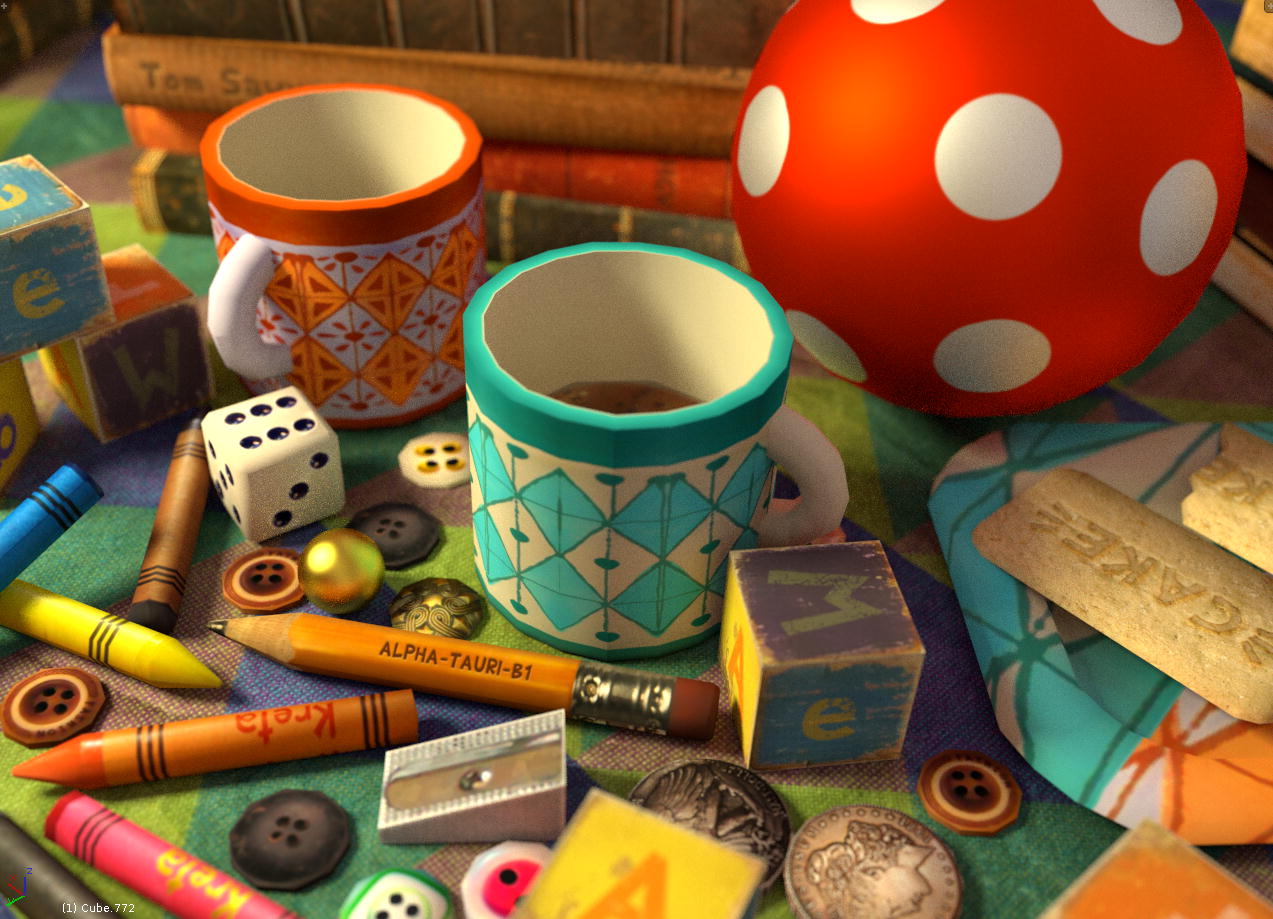 Everything but mugs look excellent. And who else is working on this game with you. To be quite frank, I thought it was just you (based on your passed endeavors).

definitely shows how much a render depends on texturing and lighting!

Render looks good. Another Cycles win. Yea the mug looks too low poly, but if its for a game then this doesnt matter. Its amazing what good textures and some simple geometry can do!!!

Also who or what the hell is Endi? Is this some new internet meme I have missed. I have seen it a few times on BA.

A very nice render, I agree, good texturing and lighting is the key. Excellent work.
BI can’t produce such colorful beauty, we have to face this.
There always be a problem with low ploy cylinders. Expected. But cycles has another disadvantage, it can’t smooth shading. This makes things worse. Surprisingly, the ball doesn’t look bad. It’s the lighting I guess.

But cycles has another disadvantage, it can’t smooth shading. This makes things worse. Surprisingly, the ball doesn’t look bad. It’s the lighting I guess.

Are you sure cycles doesnt do smooth shading? I just added a sphere and I could see the difference between flat/smooth shading in cycles???

Ace Dragon, agreed, read my post #8. Try some other more dramatic lighting and here it comes.
However, cycles isn’t a game render engine. A subsurf mod can eliminate this issue.
Cycles is under development. Devs are trying to keep it clean. They have too. Sooner or later we gonna need a dirtier cycles. Let’s stay cool. LOL