This free add-on allows you to quickly create and manipulate layers in Blender’s texture paint mode. You can texture paint entirely in the 3D View with the full functionality of layers, while nodes are being generated behind the scenes, and you don’t have to go through the boilerplate of arranging and rearranging nodes to paint on different textures. Tested in Blender Cycles 2.79 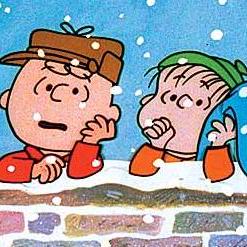 Layer system for texture painting in Blender. Contribute to David-DiGioia/blender-paint-layers development by creating an account on GitHub.

That looks great. I got an error though when I try to activate the addon in Blender 2.79b:

Any idea what it is?

Thanks for pointing that out! Apparently github skips over uploading any empty files so several __ init__.py files were omitted. Anyway, I updated the project on github so it should work now!
Let me know if you find any other bugs.

Yes indeed it works now, thanks! I like the addon, it gives a nice workflow.

'Seems quite useful and easy to use, and I really appreciate you release it as an open source and free addon. A big thank you !

Teh same error in another line.

Hmm I’m not able to reproduce the error. Are you using the most recent version from github? If you open up the addon folder and look in blender-paint-layers-master\data, do you see a file called “__ init__.py” (this is not the same __ init__.py that the error is occuring in)? And does it throw the error right when you try to enable the addon?

This looks pretty handy!
Hanging out for a 2.8 release before I give it a whirl!

Oh my! I’ve been needing this for a long time. Thank you so much man.

How does this compare to zero brush? Thanks

pretty handy! congrats, thanks for sharing.

@Gibbz @BluDragoon @ozgur1
Thanks for the support!

@bkjernisted
I’ve never used zero brush and only quickly googled it, but it seems like zero brush adds some conveniences for painting and sculpting, one of which is a layer system. Their layers can be imported and exported from a folder, and while my add-on can not import/export yet I plan on using the OpenRaster format to import/export to once I get some time between work and classes, which would allow texture files in Blender to be opened in Krita and any other program supporting .ora files. Anyway, zero brush seems like a nice addon that covers a broader range of conveniences, while mine only provides layers, but I hope that by focusing on one feature that I can do this feature very well.

Thanks ItalianJoy. Your explanation is helpful.

Layer system for texture painting in Blender. Contribute to David-DiGioia/blender-paint-layers development by creating an account on GitHub.

I deleted the empty init_py files in “data, operators and ui” but the error persists.

Oh I asked if the __ init__.py files were there because they need to be there, in the very first commit they were omitted by mistake which is what was causing the error in the first place

The usefull thing. Thanks

A layer system is one of the most important components to painting. With all the everything-nodes hype, we kind of forgot the importance of simplicity. I think some things are better using layers instead of nodes, but this is a good compromise where the underlying structure are still nodes so it gives the potential to later modify nodes for more advanced/complex stuff. I hope the Blender developers add this idea for their node system.

I agree completely, that is the reason I chose to implement it using nodes, because it doesn’t force you to use the nodes but it still gives you total freedom to later modify them if you choose to do so. I’ve been super busy lately but I still plan on completing this addon by adding the features listed on the github page and then lastly making it compatible with 2.8. I’ll be done with finals soon so hopefully I can work on it afterwards!