Hello everyone!
I am currently trying to make a simple animation in Blender 2.76, but I’m running into a problem.
When using inverse kinematics and bending extremities, there will be dark fragments on the ellbows or on the knees.

Here are some screenshots to illustrate the problem:

And here is the geometry: 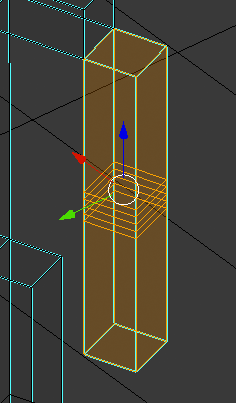 Is there something I could change easily? Or would I have to change the geometry?
I could easily change the material if there is a way to get rid of this problem like that.
Also, maybe helping some sort of modifier might work?

Many thanks for any ideas,
Greetings
Shu

PS: I am posting this in the Basics subforum because I don’t really know where the problem comes from.

EDIT:
Here are some more screenshots with the wireframe showing: 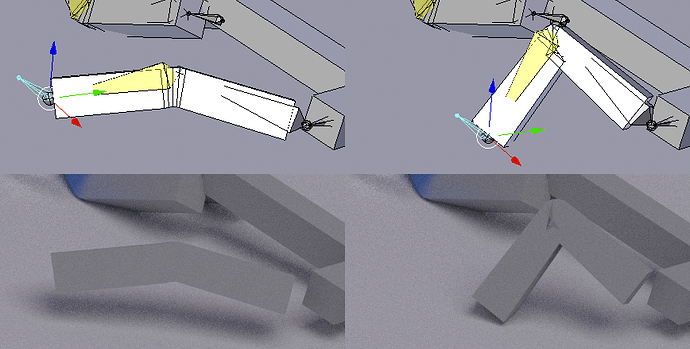 EDIT2:
Just to add some more information: The problem is already visible with using a simple diffuse shader for the material only.

Looks like Z-fighting: The mesh overlaps on itself and two co-planar surfaces occupy exactly the same space, leading to the renderer being confused about which surface is “on top”. Could you add an ever-so-slight “sideways” bend as well - to avoid the overlap?

Thanks a lot for your answer, IkariShinji!
Yes, I was thinking about this, too, but thought it must be something different because “how could those faces be coplanar all the time?”. Turns out, yes, those faces are coplanar and I can’t seem to be able to change this due to how the inverse kinematics work. Maybe some sort of randomization modifier would help to give each vertex some slight random offset amount. But I guess there is nothing like that, right? Or does anybody have an idea how I could solve the coplanar problem while keeping inverse kinematics?

EDIT:
I just tried to use the Displace modifier with the noise texture on a very small strength, but when it’s set to a low strength value, the fragments won’t disappear consistently and when it’s too high, the mesh gets too much deformed. 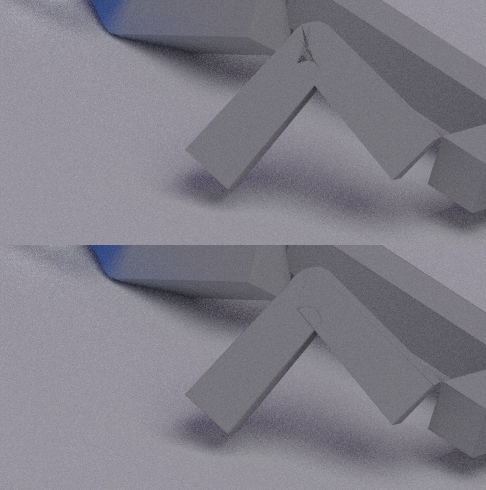 The image above shows the situation without modifier, the image below uses the Displace modifier with noise texture. So even if it worked on some frames (very inconsistent), the edges of the mesh become more present.

EDIT3:
Tried some asymmetric weight painting now, but it won’t work either (note that there is already some sort of z fighting in the 3d view): 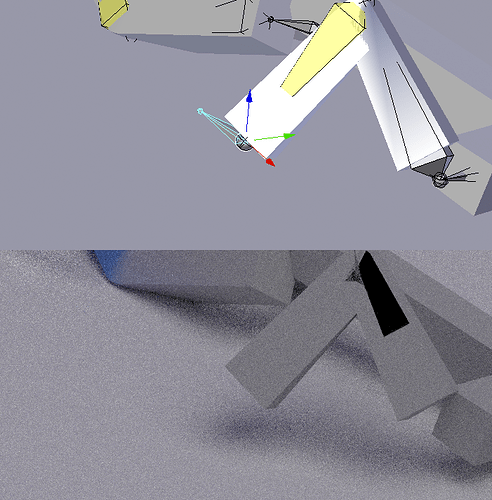 EDIT4:
It doesn’t seem to be z-fighting after all. After rotating the bones a bit, this is what I get (those are not coplanar, right?): 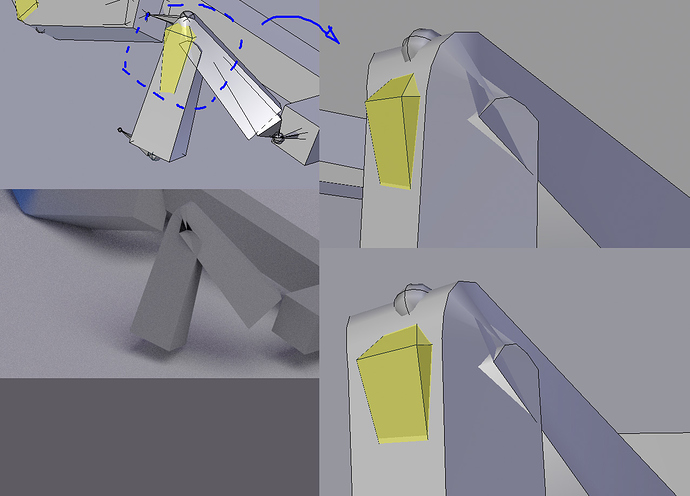 You could try adding a shapekey to the mesh and using drivers. Bend the knee to the fully bent position, add a shapekey and move the verts around until it’s how you want it to look. Then add a driver to the shapekey which points to that “knee” bone so the shapekey animates as the bone rotates.

I don’t know how that will turn out, but it’s worth a shot. I’ve never rigged a mesh such as yours before so maybe there is some proper method I’m unaware of.

Thank you very much for your suggestion! Unfortunately, this doesn’t seem to work either.
I made a vertex animation to test it and here’s the result in a gif (for whatever reason I can’t seem to be able to embed the file directly):
http://gifmaker.cc/PlayGIFAnimation.php?folder=2016010802gyT3GiZehQtVCvxCFPTJGa&file=output_ZQCNY9.gif

EDIT:
I am seeing some improvement when rotating parts of the limb by more than 90°.
Maybe I did a bad job at setting up the IK?
I had to set a pole angle for the pole targets so that the limbs wouldn’t look distorted.
Here are some more images of the setup: 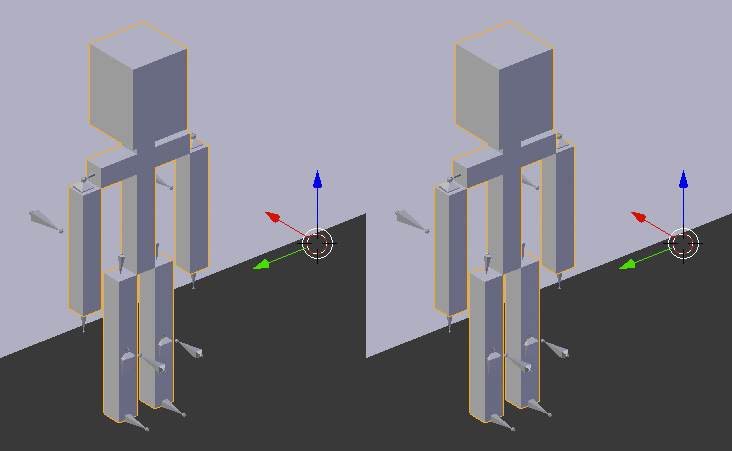 (One of those in this image is wrong. I just wanted to show the gizmo of the mesh and the bones, because both are pointing the same way.) 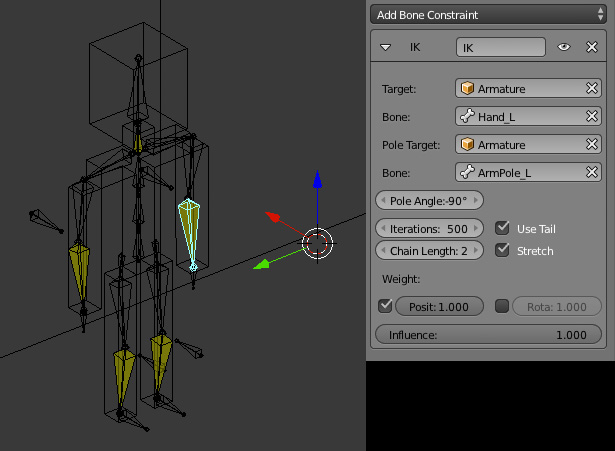 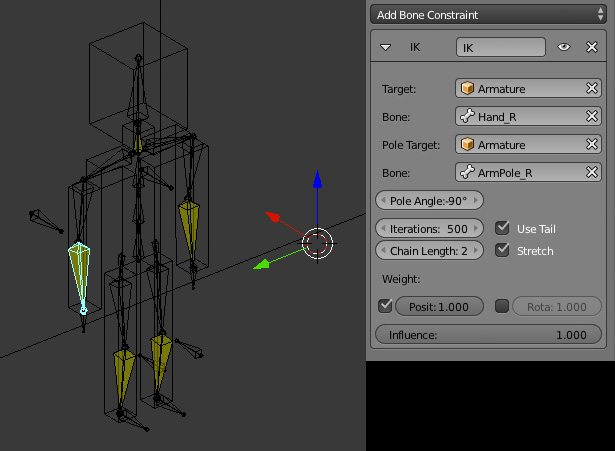 I hope it’s okay to double-post, because I couldn’t add those to my previous post: 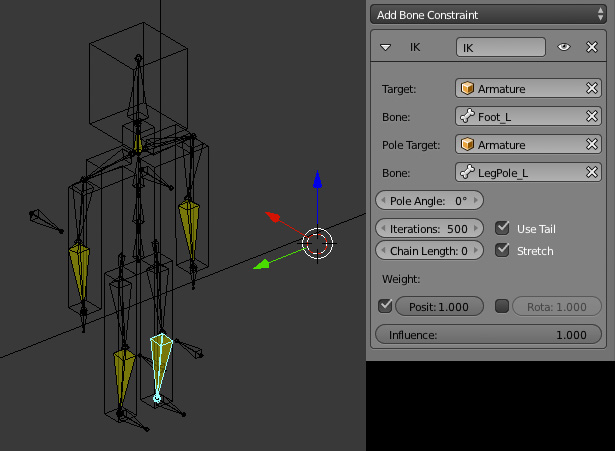 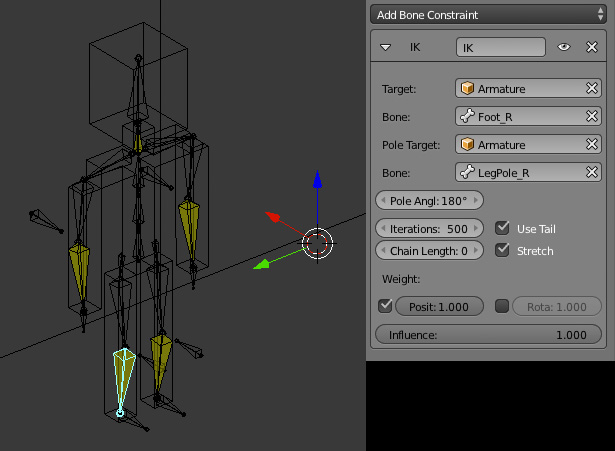 The possible solutions here are topological (using triangles) or bone/joint placement that minimizes the rotation of the “inside” parts of the joint:

Thanks a lot for your reply! Yes, this would have been a better approach. Unfortunately, I already rendered quite an amount of frames and changing the geometry would have changed the character’s appearance during the animation. I did, however, find a tricky way to solve this anyway: I rotated one of the parts of each limb around 90°, which made the fragments go away. It’s not the best way to animate, because bones point into wrong directions, but it’s still better than starting the rendering process all over again.

Now, there are only ordinary geometry shadows showing, which is okay for me: 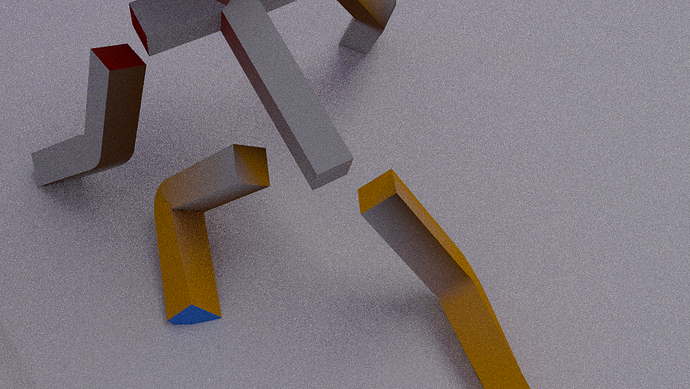 Also, thank you for the .blend! It’s interesting to see how it deforms when using one of these approaches!