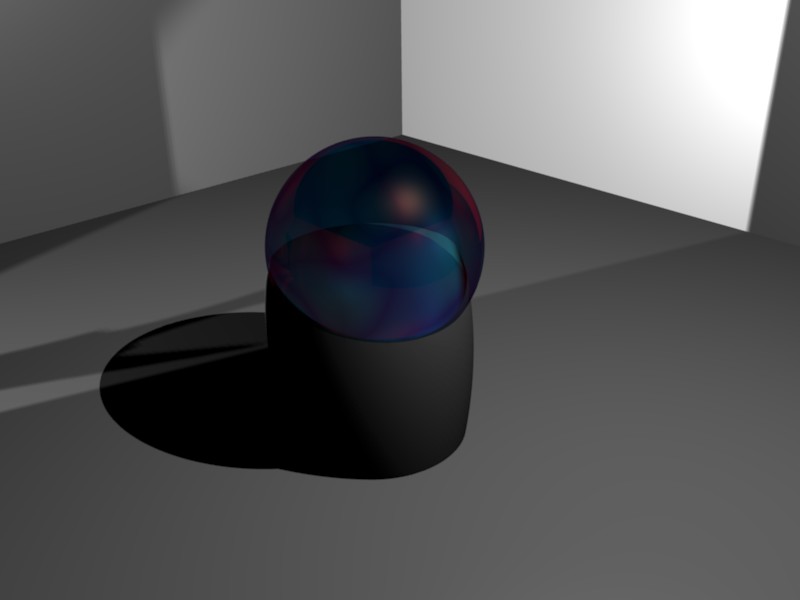 The gem looks too ‘flat’ texture-wise. Try something more interesting, perhaps several transparet spheres, some with a marble or voroni emit texture? Put smaller spheres inside the biggest one, so you get glowing stuff inside the main gem. It would give it a cool magical appearance IMHO.

Dark doesn’t mean you have to put a black sphere in there.
You can have lots of detail and still make it look dark.
try that.
P