Here are some of the assets I worked on while Iwas in From Software.
exept the first pic, the others are all lowpoly.

some of the assets I worked on while I was in From Software. Probably after I left they change something a bit. cheers edit: I deleted some images because FromSoftware didn't give me the rights to publish prerendered images. This one is the only... 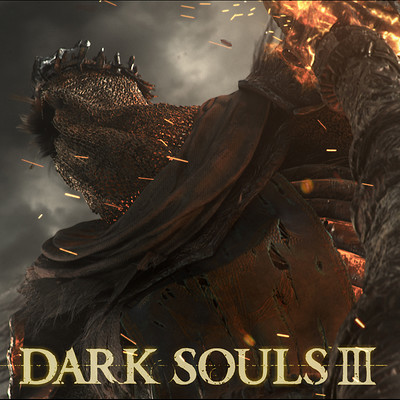 Wow nice stuff. I was playing the DSIII DLC last night. Nice to know there are members of this community working on things like this.

I saw it last night on Artstation, great work!!

if you have any question, don’t esitate!

I do have a question, if Blender was used, in which part of the process did you use it?

Nice work! Whilst I’m not a big fan of the games (I don’t have the patience), I love the world and atmosphere of them.

Are you still working in Japan? I work in a small Kyoto-based game company and we all use Blender. We have an old copy of Maya, but it’s the 2013 version, which has horrible modelling tools, so I switched to Blender, and the other artist was already using Blender (along with zbrush) as his main software before he joined.

About the production, Blender was very involved into the creation of all the characters that you see in the link. I olso sculpt a lot inside Blender, so, the amount of zbrush is like 15%.

Blender was also useful during the porting of old charaters from dasksouls 1 and 2.

I’m envious of your talents!

We got a celebrity here

Nice works and it’s awesome that you used blender as a tool for your awesome artistic skills.

Very good work! Ever since you posted the character that is your Avatar I have taken notice of your work, very good inspiration.

My question would be, how did you end up working on this project? And how did you get the freedom to use Blender so much? Was the company already invested in Blender?

Well, I’m a modeler, so since I provide them a good polished, working file, for them should be no problem. Also most of the people works in Zbrush ad main tool, so anyway they gonna end up with an OBJ file.
I used to do the main sculpt in Blender because it is possibile to use physically correct camera angles, so match exactly the FOV of the game, with out mistake.
When I was in FromSoftware I was used to show the Blender coolness to other people and I know that they starting to use it more and more.
For making games, Blender is for sure the BEST tool in the market, so many amazing features, I don’t even remember how many time I fixed problems other people got with 3DSMax. eheh

Kind of reminds me of the chat Blur did about their way of slecting digital artists for their company. When they contract outside freelancers I remember them talking about since it is OBjs there usually isn’t a problem hiring international workers.

This is the chat incase anyone is interested, probably one of the best I have heard if you want to work in the industry. (The first part is about modelers)

Thanks for the info! I really find it super cool!

Mind telling us what ur workflow is for characters and armor ?

Mind telling us what ur workflow is for characters and armor ?

Basically I stay in Blender and try to keep the modifiers active until I got a sort of final OK from the supervisor, than I start to sculpt, most of the time I do in in Blender because exporting/importing is boring and time consuming. I jump in zbrush only if I have to go over 10million polygons, and than doesn’t happen that often anymore, especialyl after substance painter hit the market.

For the armors, I worked basically with simpel geometry and solidify modifier active, so every retake was super fast, most of the modficiations were made by lattice modifier on top of solidify and bevel modifier to keep the thickness and bevel correct even after deformation. Nothing special.

I tried to use dyntopo for sculpt but I discovered that probably I should use it only for prototype shapes, I didn’t get super clear results with normal maps. So often I did a fast retopo and sculpt on it with multires.