I was inspired to make this when my brother moved to Chicago into a place similar to this one. Im thinking about adding it into a game as a static image like grim fandangos 3d static images. I know the textures are messed up and I plan on changing them and fixing them in some areas such as the stair ones. The only other thing I have textured besides this pic was the one of the blend mart i made witch I gave up on further work due to the CPU power it took to work on it. 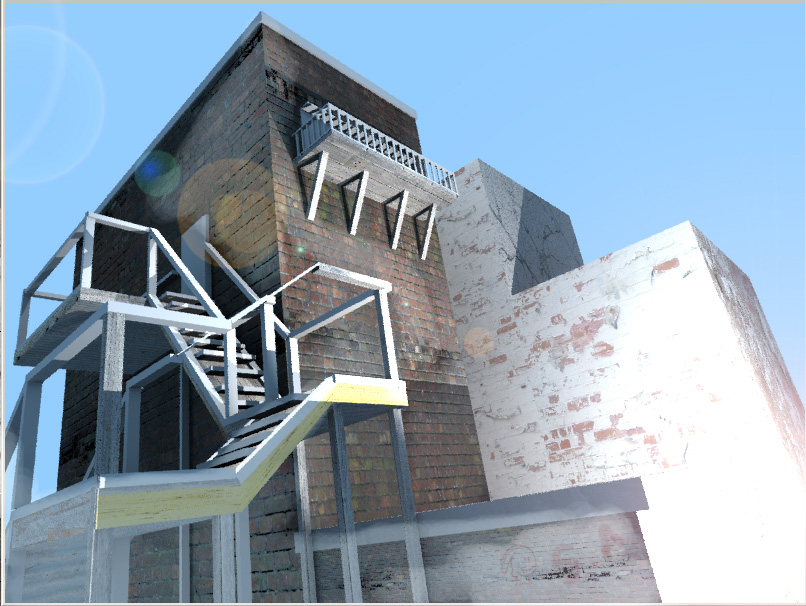 Here is the second part of the pic that I have been working on. It is in need of serious changes.

If I need to add or change things please tell me 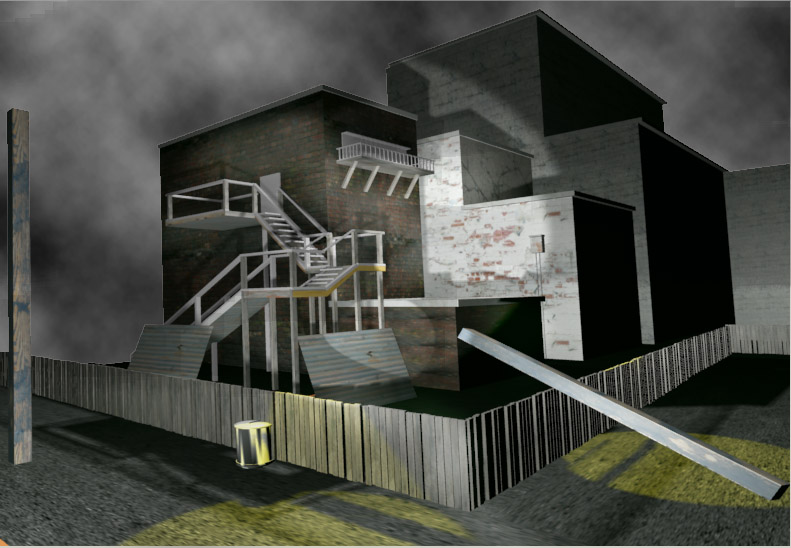 and one more view near the fence. 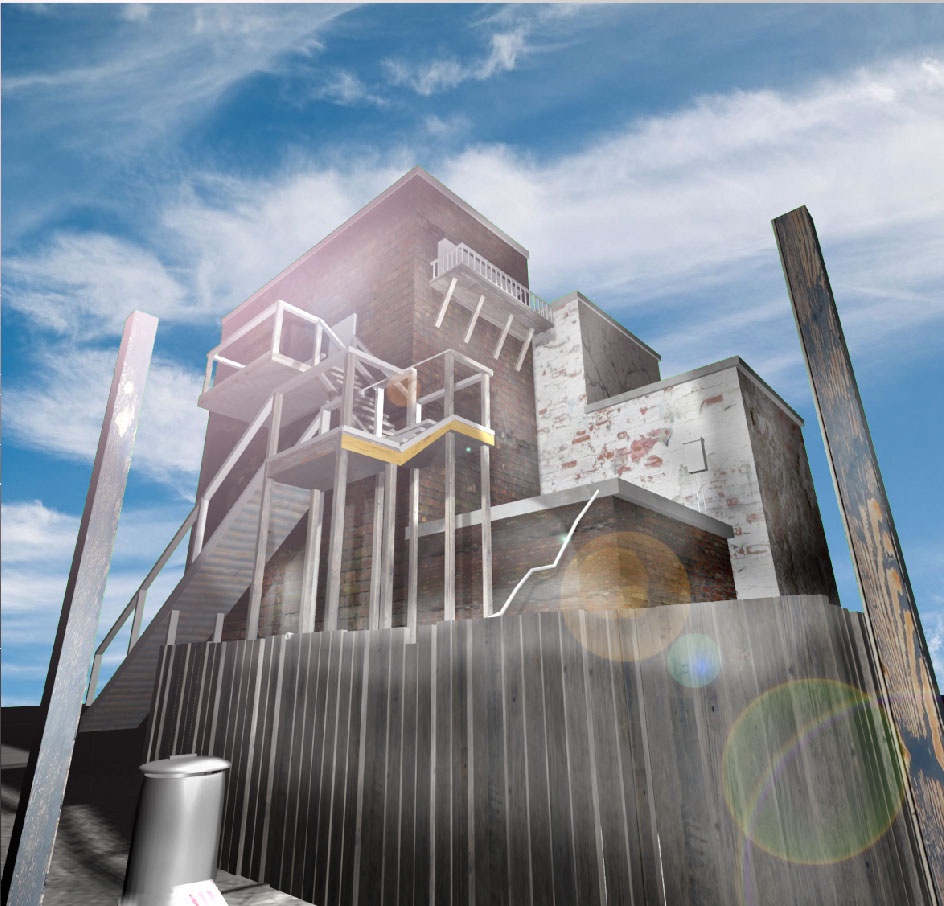 Whoa, don’t get lens flare happy. That lens flare is impossible, it has to be coming from a light source and there’s no light source in any of those images. In the third image it also covers up most of the house.

The lighting in the second image doesn’t make sense; there are no light sources visible around the house but it is clearly lit by spotlights or nearby light sources. If you want to light it like that you have to add something that the light is coming from or it looks weird. Also, the edges of the house are glowing in the second picture where they come into contact with the fog. I’m guessing you added the fog with Photoshop.

Back to the third image, there is apparently a light source immediately to the right of the wooden pole on the left, because it is glowing extremely bright white. I’m not sure why you’d even have a light source there. The house also appears to still be illuminated by spotlights, which again makes no sense, even more so during the day time. You should use sun to illuminate the image, and an area light to shadow. At least, that’s how I’d do it. Definitely don’t use spot lights like that.

I really can’t tell how the first image is illuminated but it looks sort of weird, and again you have a random lens flare.

I was sure someone would say something about the lights and the dark image of image two was from photoshop. As for the lights. yes they look random. experimenting with the light source and textures was the main goal i was trying to hit but failed to mention. but some of the lights such as the yellow ones were to be planed to be comming from the wooden posts. I havent added the main look to them of being lamp posts from a alley. the others lights were pretty much random though

I cant really explain the lighting of pic 1; it sorta turned up like that during the yafray render. Im stilly pretty new to 3d modeling and that is my first yafray render