This is my third attempt at a Vader helmet (my last being six years ago, and about the last time I was really frequently on this site). Anyway, I really wanted to try again as I have never seen a 3D Vader model that looks exactly like the movie. They all are a little different in proportions and such.

What I’m going for:

This is where I stand so far.

I’m happy with the modeling so far. The mesh isn’t 100% done, there are a few details I need to add like the lines across the bridge of the nose. Right now the face is just two halves and they aren’t joined so there is some issues with that in the render that will eventually be fixed.

There’s something about the lens’s that look off to me, but I can’t quite tell.

I like how the dome looks but I may do it over cause I got some weird geometry in there and it’s making it tough to get the look I want.

As for the materials, I used the ones in this .blend file (http://blog.mikepan.com/post/137759885931/realistic-car-paint-brdf-material) that I download and changed the color, but I used a different material for black and the grey and the grey has an orange peel effect that the black doesn’t. I also wasn’t sure how to tone it down. I’ll eventually make both have it as it adds a little realism to the material. 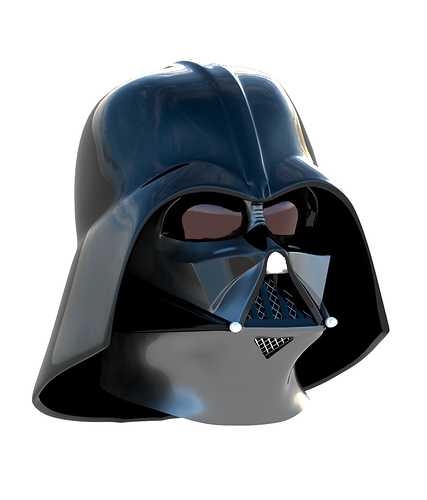 Will you attempt the rest of Vader or just the helmet?

Will you attempt the rest of Vader or just the helmet?

I will probably do the chest armour but that’s about it. But who knows, maybe down the line I’ll try more.

So I re did the entire dome and wow, what a difference.
New on the left, old on the right.

vader-render-6.png1920×1080
I thought the old one was pretty good and then seeing it next to the new one it looks pretty bad.

And here’s a little Rogue One style Vader.

That’s a nice looking model you go there! Don’t see anything atm that looks ‘off’. Everything seems accurate. Great job

I’ve done some more work on the dome. The skirt on the dome was too long on my last version, so I shortened it up. I also needed to make the “eyebrow” area on the dome go up higher on the dome.

I tweaked around with it a lot and I’m happy with it now.
Still more work to be done though.

Here is a comparison

I mirrored the face and added the flare on the bottom of the neck area that I needed to do.
I also cleaned up the bridge of the nose area to make it sharper like it should be. Still need to add the ridges in that area.

I added the detail to the bridge of the nose and re did the little marks under the eyes.

For this render I chose a original Star Wars style. 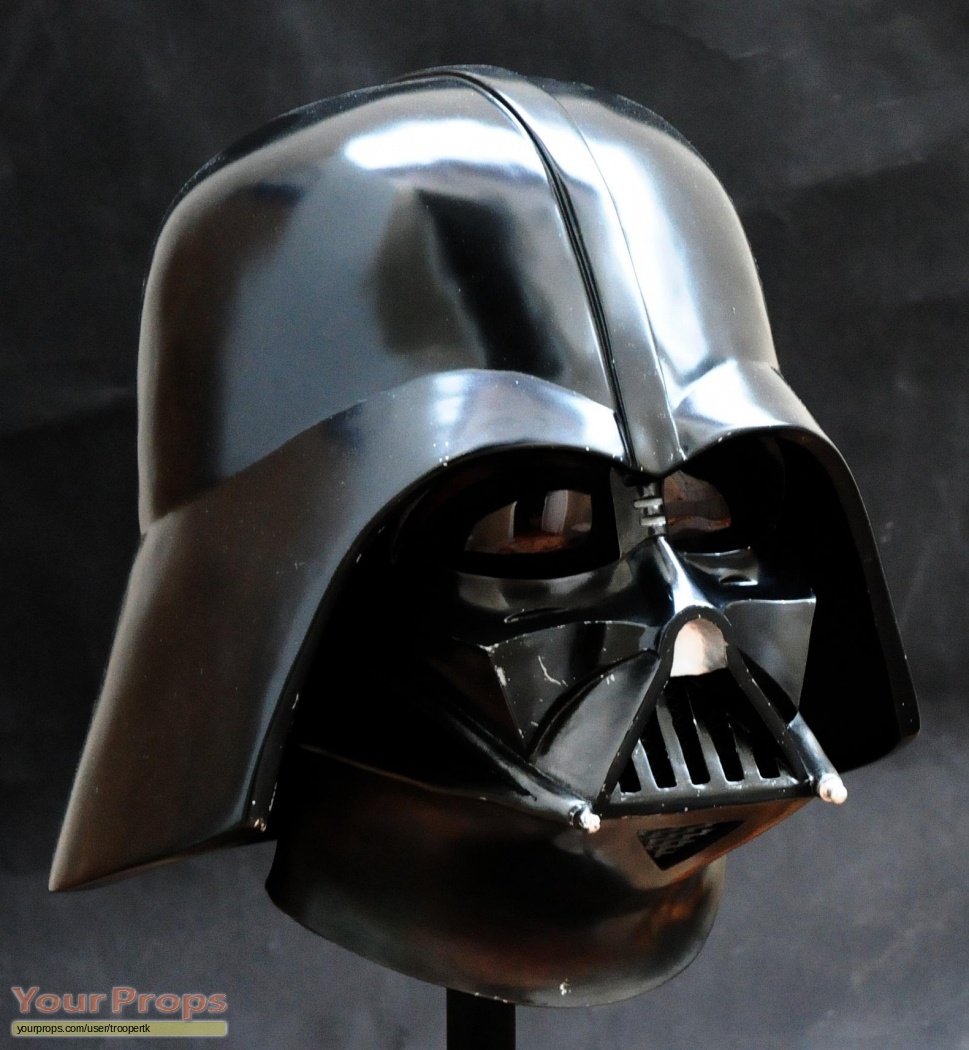 I can tell looking at this render I need to smooth out the side of the dome, its a little lumpy.

[ Original Reply has been Edited ]

It’s coming along nicely, the attention to detail you’re putting in is paying off. I never took note of this character’s helmet before now. I’m pleasantly surprised.

Yeah, there are a lot of things most people don’t notice until they start looking.

Everyone assumes its all black but the original movies had this checkerboard design with dark grey and black. (Revenge of the Sith helmet was all black).

While I have been modeling this, I’ve been learning about making better renders. I download Blender Guru’s sample HDRI pack (Pro Lighting) and used it in these renders. Really makes a difference.

I worked on the chest armor. I might redo some parts, but I think the overall shape looks good.

Dude! This is amazing! I’m so surprised there’s not a good Vader helmet 3d model online, but I’m glad I found yours. Would you share it? I’d gladly pay for it!
Keep it coming!

To celtic007 on BlenderArtists,

Hello! This is a representative from FRC Team 5458: Digital Minds. I’m reaching out to you (on the only medium I could find) to request to use your artwork. If you would, please consider contacting me at [email protected] for further information. We would really appreciate your help!