This is what I have so far. Some more modeling left and then texturing, which I am not very good at.:spin: 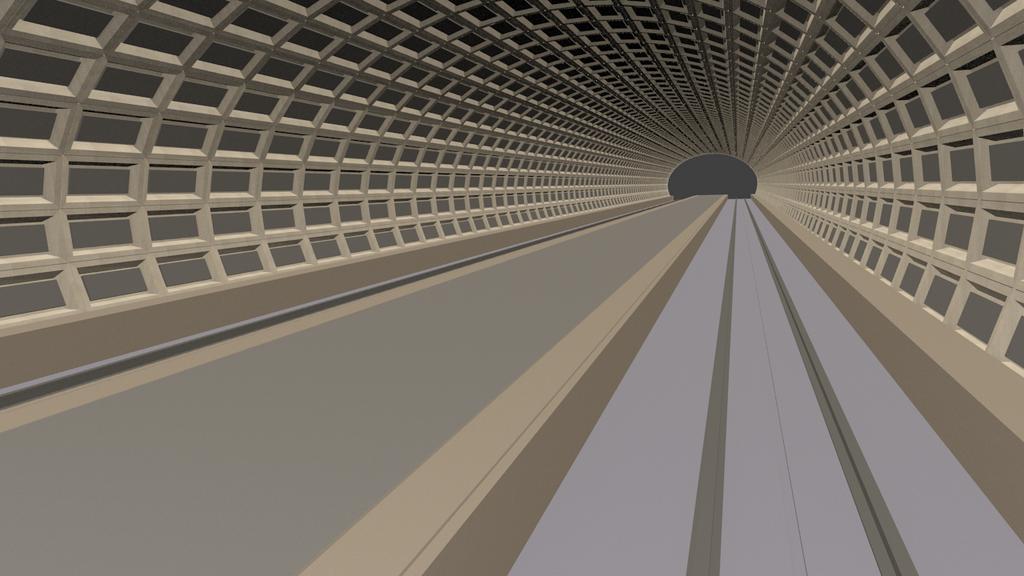 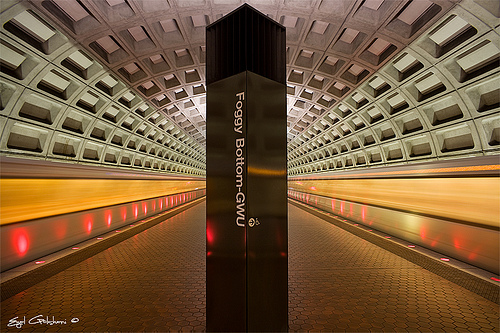 I did that tutorial a couple of weeks ago, and it’s definitely great!

As for your model, it’s looking good so far. Some diferences from the ref picture, but I don’t know if you want to “copy” it, or just get the basic idea.

Keep us posted and blending!

The darker areas in the ceiling are actually modeled panels, not holes. I know, it’s hard to tell with the crappy textures that are in place! The material color just happens to match the “sky” color!

No, I’m not trying to replicate exactly, just an interpretation of the real one.

Thanks for the comments, they are appreciated.

Oh ok! I was just curious! It’s looking good man! Keep it up!

One day I might find the guts to post my project here, using the techniques Andrew uses in this one!

I’ll keep an eye on this thread!

Worked on some textures and added some geometry. I think it’s looking better.:eyebrowlift: 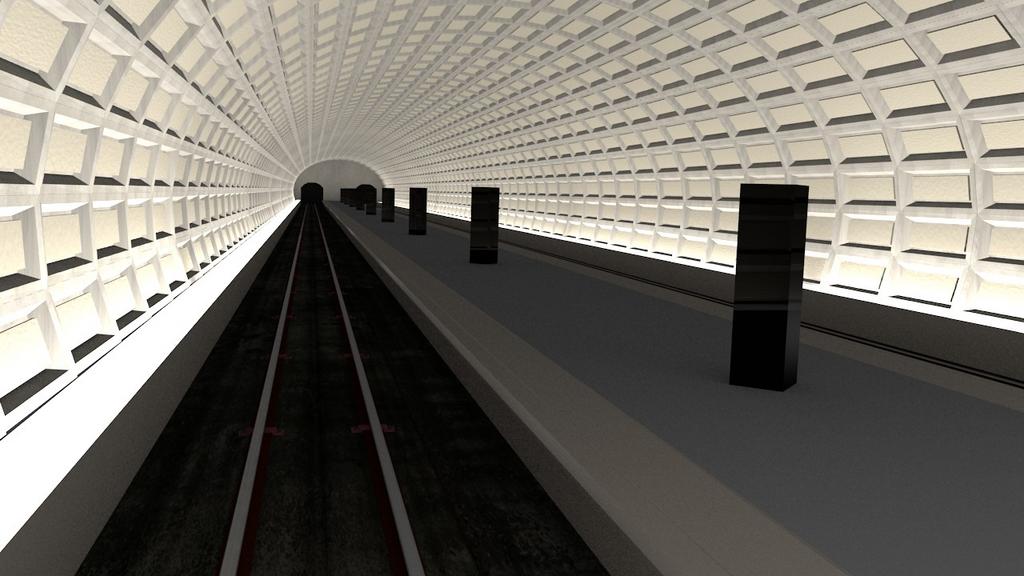 I’m having some sort of trouble with the AO settings. I tried adding a bench in the scene, just a cube and two cylinders, and there are a ton of black artifacts all over the top of it. Any suggestions as to why?

Also, the station markers on the platform aren’t reflecting the tile texture. No idea why. 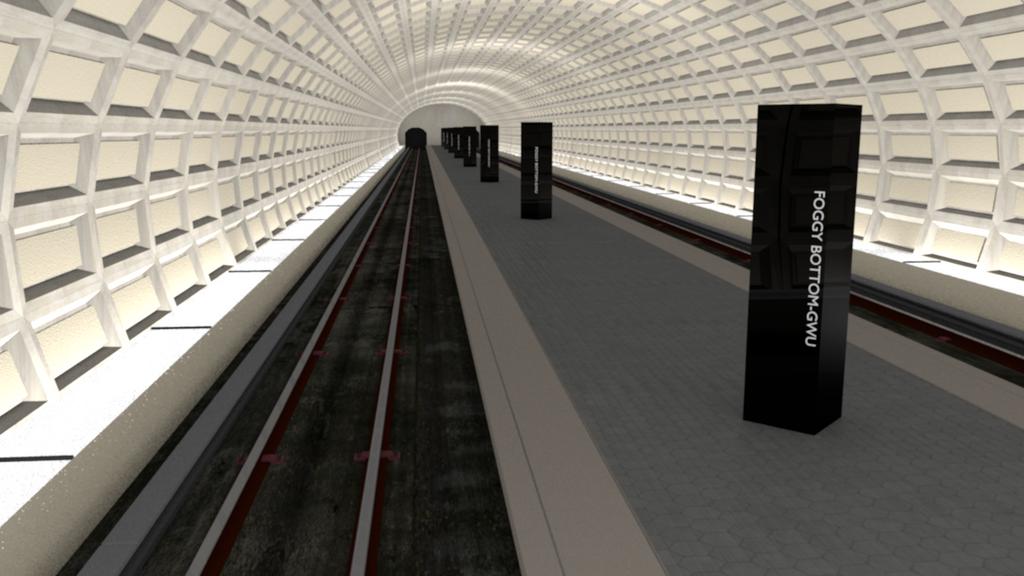 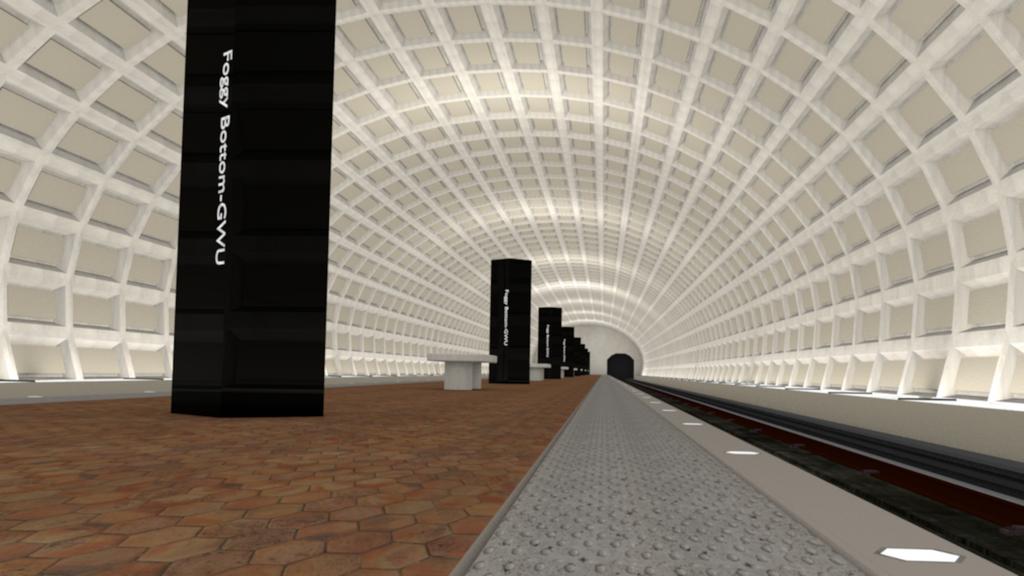 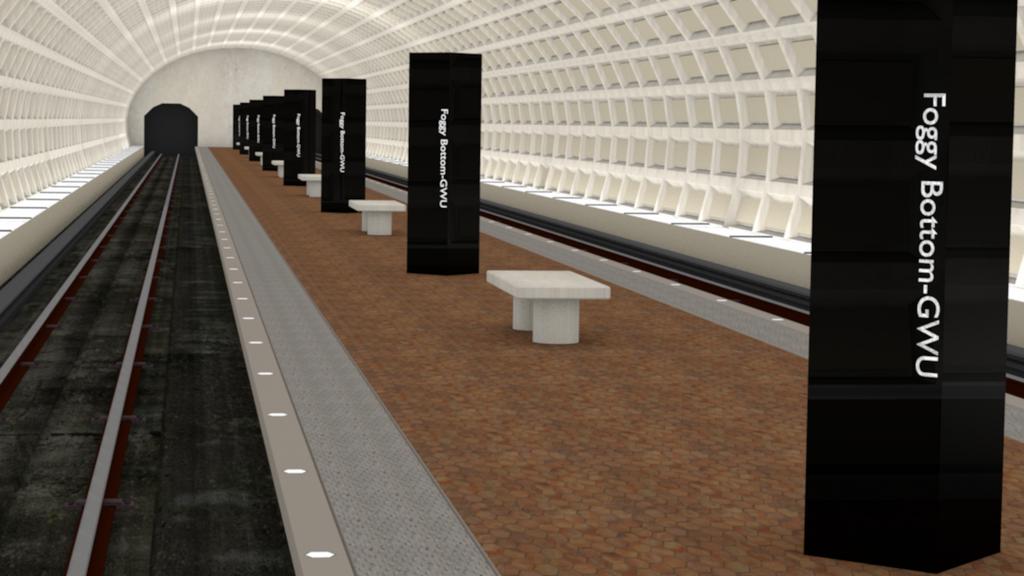 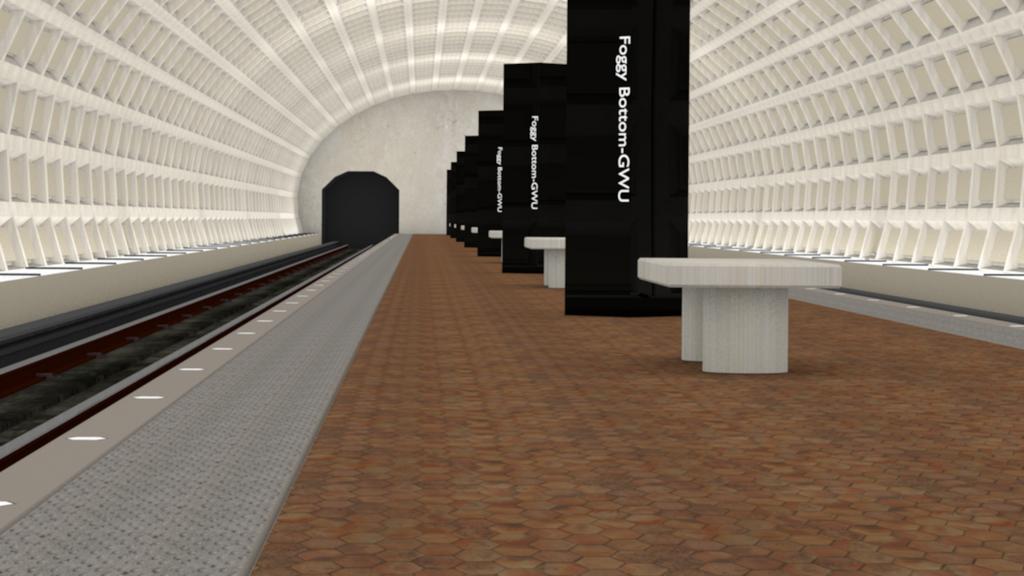 Looking good. Just one question: where are the lights comming from? The black posts?

Khell,
Yes, there are lights in the station id posts and the panels along the wall.

It looks good so far, but the floor needs some work, it looks too clean. Maybe add some lost flyers or newspapers, or some chewing gum on the ground, that makes it more realistic: and dirtier…

Great work so far, I think the style the characters have created is very interesting. If you wanted you could have a look at following that ‘simplified shapes’ route with clean smooth materials and textures and nice soft lighting. But whatever you decide to do keep it up

@Apptux, I agree. I will work on dirtying it up after I get the modeling done. I must say though that my experiences with the Washington DC metro have shown that it is kept fairly clean!
Thanks for the suggestions, they are appreciated!

@Dakka Dakka,
Not sure what you mean by “simplified shapes”, but I will do a search on it. Also, any “style” created by the characters is not of my own doing. I just posed them in what I thought were interesting positions. An artist is one of many things I am not! Thanks for your suggestions, they are appreciated!

As a side note, I can’t upload any images from my home computers. The uploader just sits there trying to load the images, but never finishes. I upload them from work with no problem. I can upload files to other forums, but not here. Any ideas?

It’s also possible to upload them to a external image service, like http://www.imageshack.us/
Then add an image as you used to, and choose from URL, and use the URL from the image on the image service.

@Apptux,
True, I could do that, but I have uploaded here before and am just puzzled as to why I can’t now. :eek: Strange. I wonder if IE 9 has anything to do with it?

You could try Firefox, way better than IE 9… By the way, Firefox is just like Blender open source.

@Apptux,
I may try that when I get home from work. Thanks.

Small update. Reworked the front of the train to get rid of some horrible topology. 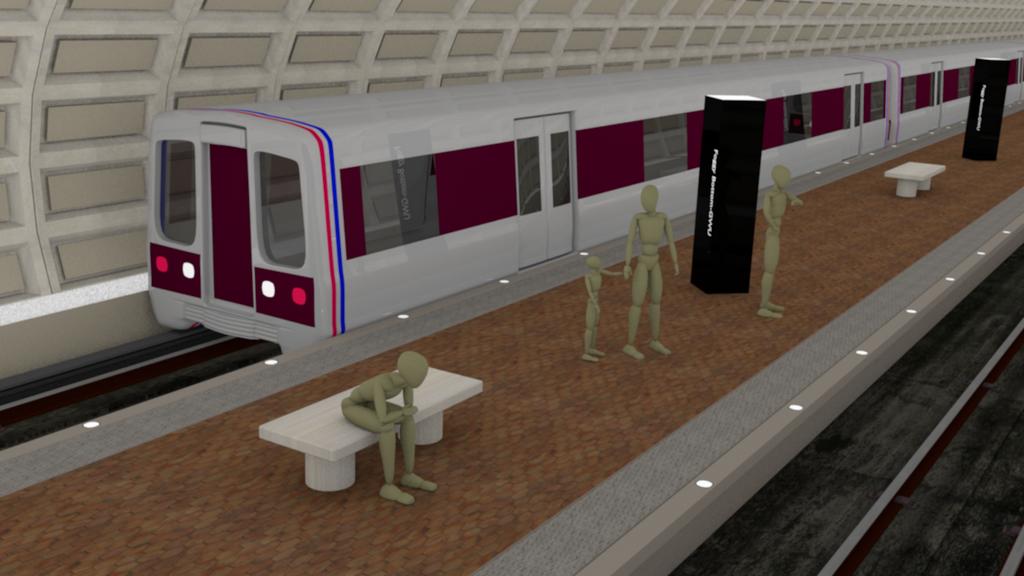 The changes you’ve made with the train might be a bit more obvious if you posted a wireframe. I can see how you’ve fixed up the windows though, it looks much better now. It looks like your station is underground so to me it seems a bit too bright with the current lighting. Maybe go for some overhanging lights which would also add some more dynamic lighting to the scene. Great job on the topology though keep it up.