After repairing the fuel refinery in Alberta, it was necessary to transfer the resources to the more fertile land in northern Saskatchewan. Survivors created a colony farming and defend them selves from marauders & crazed masses from the city’s. Armoured trains are used to transfer petroleum resources to the settlement, armed guards defend the train from attack.

Blender was used for most of the creation process, with post processing being done in Krita & Darktable.
It took about 2 weeks of work on and off to complete, my initial idea was to have humans chasing the train, but I had already made the environment and It didn’t realty work so I settled on this as my final result. 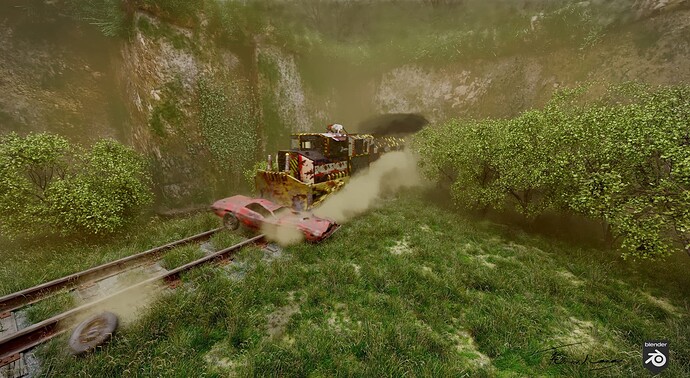 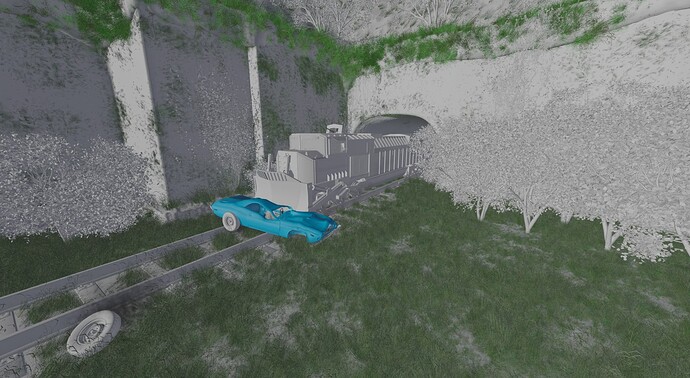