I’ve got a number of ideas for this, but I thought I’d start by posting what I’ve got, and see what people sugest…

I don’t get many comments for some reason…

Once you put deathwax on your car, you can speed up, but you can never slow down. even if you drive through walls. And you will die because of this.

I want to have shots of the car smashing through stuff, but… well… at the moment the car is curve-deformed, with the object travelling along the x- axis, so it travels along it’s curve. this doesn’t seam to be compatible with having the car as a collider that smashes through soft-bodies. I tried having a separate object for the collisions that travels along the curve, but that didn’t collide either. And I’ve no idea how to do this in the game engine, so rigid-body collisions and fracture-type stuff are out at the mo. Any advice for how I can create an object travelling along a curve and colliding with stuff?

Edit: Hmmm… turns out that objects moving along curves CAN collide with soft-bodies, but I’m not sure how to make this work in the game engine… Anyone know how I can make an object move along a curve in the game engine? 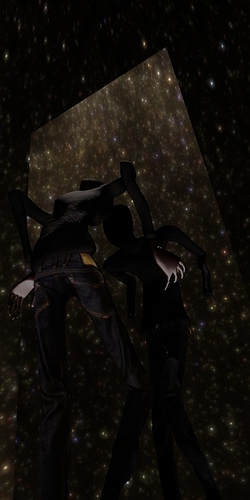 That’s insane!!
I love the distorted feeling of the video!

Diude render this in really good quality and it will be awesome.

Still to do:-
Textures and lighting (obviously)
Yogyog logo in can (in the wax)
Hoody character (already made and rigged) polishing car

Diude render this in really good quality and it will be awesome.

Having said that I should improve quality a bit: I’ll turn on Anti Aliasing and I’ve just found out how to make the grainy, AO shadows smaller by setting Max Distance to 1 and ticking Use Falloff. I’m also thinking of mixing in some camera grain I created by making my camera film for a few seconds in near total darkness.

Would people be interested in me uploading models and scenes to Blendswap? I wouldn’t mind, but the way I set up my scenes is a bit… odd…

Add… grain to video is the last think witch you can do… to add realism… this is so unrealistic so… for me the best what you can do… is to render this in Some awesome quality awesome reflections so you just look and WOOOOW. cool stuff…

I think your right. Other people agree as well.

By removing grain I also lose the shadow under the car, but you hardly notice this.

You have made space time all oobly woobly! I like it!

Another scene on open GL render:-

here we see the reason the car can’t stop: - all friction removed from the wheels!

Thinking about the actual driver of the car- should they be:

Is it telling the story?

That white grain if you can delate it it will be awesome… and o intro i would give more FPS because there was a bit of lag.

yeah - intro is at 12.5 fps but it will be a while before I have computing power to re-render.

OK - thanks to a broken laptop mains socket I’m currently without a powerful enough computer for a lot of this project… will sort that soon… but so as I don’t run out of momentum and stop working on this project I’ve decided to list the scenes I still want to do on it, along with what blender techniques I’ll be using, so I can see whether they can be done on machines I have access to.

After a long pause…

I currently seek a guitarist for the soundtrack.

Also - would people be interested in me releasing the game-engine traffic jam on blendswap? It’s not perfect - it has some serious quirks. I think it would make a good screen-saver if that can be done.

What about adding in a second alpha mask layer to add sides to buildings etc? could you use algorithm to do this to street view and build a game???

Einstein would say…as the car approaches the speed of light it gains infinite mass so colliding would be bad for everyone but you, and stretches to infinity in the direction of travel so in a sense it is everywhere from where it started going the speed of light to where it stopped if that makes any sense, also you would start to catch up on light, so you could have it so you start to see everything in reverse starting off slow, and picking up to the big bang?