I realized I’d become a bit too reliant on just re-using old project files and raiding them for pieces, so I tried to build this one mostly from scratch- particularly the upper pipe pieces. I seriously can’t believe how many years I went without really learning UV unwrapping. So so useful.

The people are from a library- but man, I really like how much they add life to the scene. 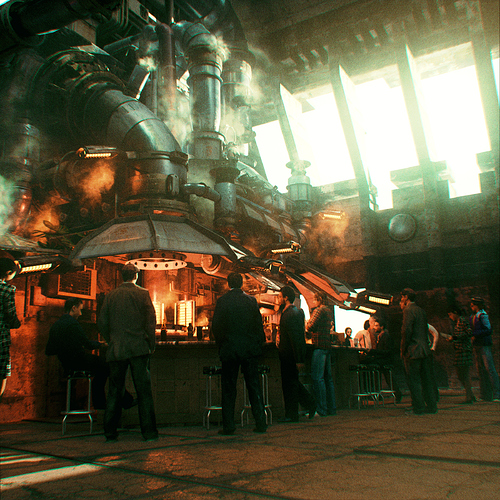 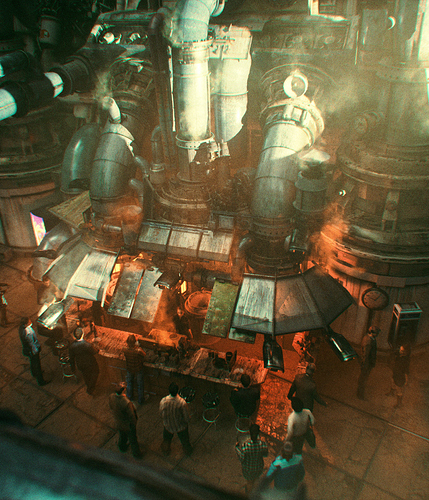 Please tell a little about your process.

where did you get your 3D peoples ?

DItto. I would like to hear about how you put this piece together.

That is freaking awesome. For days I have been looking at projects (I have recently joined ) and have commented to no other project. But yours… Phew !!!

I have final fantasy 7 vibes from your piece…

I think the vending machine on the left in the second picture is pulling the eye away from the center.

Like the other, I wouldn’t mind hearing about your workflow, especially the post-prod one, for the dust/grime. 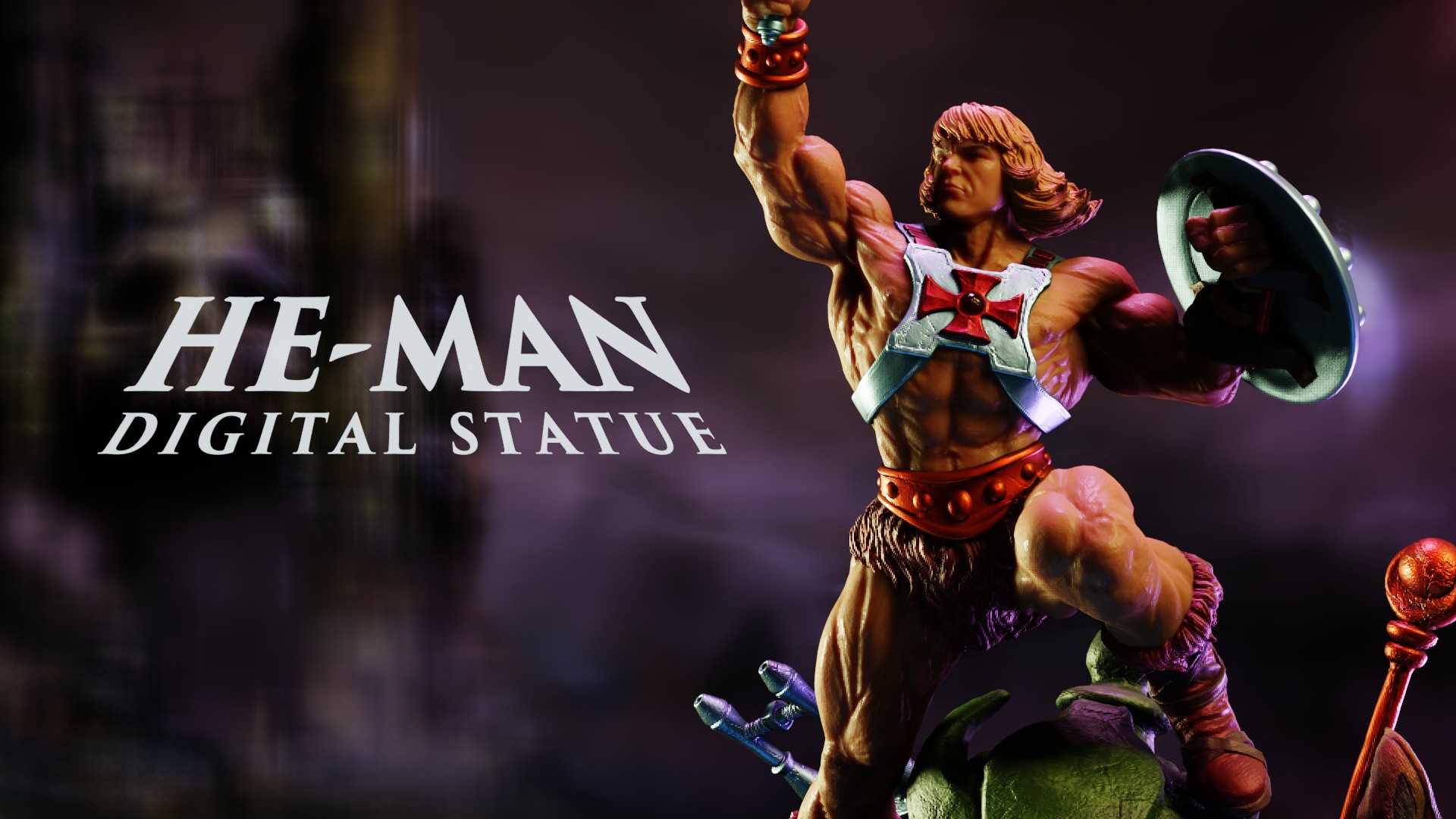 Every week, hundreds of artists share their work on the Blender Artists forum. I'm putting some of the best work in the spotlight in a weekly post here on BlenderNation. HE-MAN Statue Zorki-6 (Eevee) Deepest Fryer Cyberpeople: Curie Parure Art...

Oh man yeah. I think there’s definitely FF7 influence in there for sure, haha!

I guess I should have mentioned above, but the post-production is done in After Effects (though there’s no reason it couldn’t be done in blender). The steam elements are what add a bunch of life, and they’re actually all video clips, so even though I was just assembling a still, I can actually hit “play”, and everything moves naturally- it’s pretty fun. 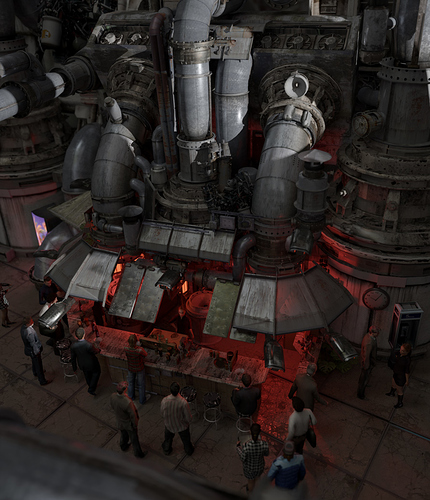 Though yeah- while most of the image was made using crazy standard techniques (just cylinders and cubes, mostly), I’ve found some pretty lazy/quick ways of UV unwrapping that I’ve been enjoying a lot, and I might make a little tutorial or something just in case it’s useful to anyone (for some reason I did everything I could to avoid UV unwrapping for the longest time, but it’s so great).

The 3d people I bought from cgtrader (though some time it’d be fun to have a photoscanning day and go nuts). I want to animate them a bit, and mix them up with a couple walking characters to add a bit more life, and I think it’ll really flesh out some of these animated environment scenes.

Great work, man! Sorry for being newbie, but what is “log”?

I´d like to see that tutorial, “lazy UV unwraping” sounds just right for me. ^^
Great job on the atmosphere of the scene by the way.

Oh! A “logarithmic color profile”- it’s one of the colorspace profiles Blender offers. It basically raises the shadows and lowers the highlights, to prevent losing data and give you more to work with during the coloring phase.

I do a lot of work with practical cameras, and it can shoot in “log” too, so it makes it easier for me to combine the CG/live action stuff later.

Haha! I know!! I’d seen all the crazy unwrapped humanoid texture maps, and I figured it was like the most complicated thing so I’d gone so far out of my way to avoid it, but with most hard surface stuff, it’s so crazy easy. Definitely a fun realization.

hat i just noticed your i think one or the modeler of that crazy internet series ive seen. Great job! Even more baffled you already created such scenes without doing or knowing UV unwrapping. Know the style kinda feels a bit formiliar.

PS did i read it correct you worked on tears of steel?

I’m making a presentation about Blender on 3D Meetup Sweden: 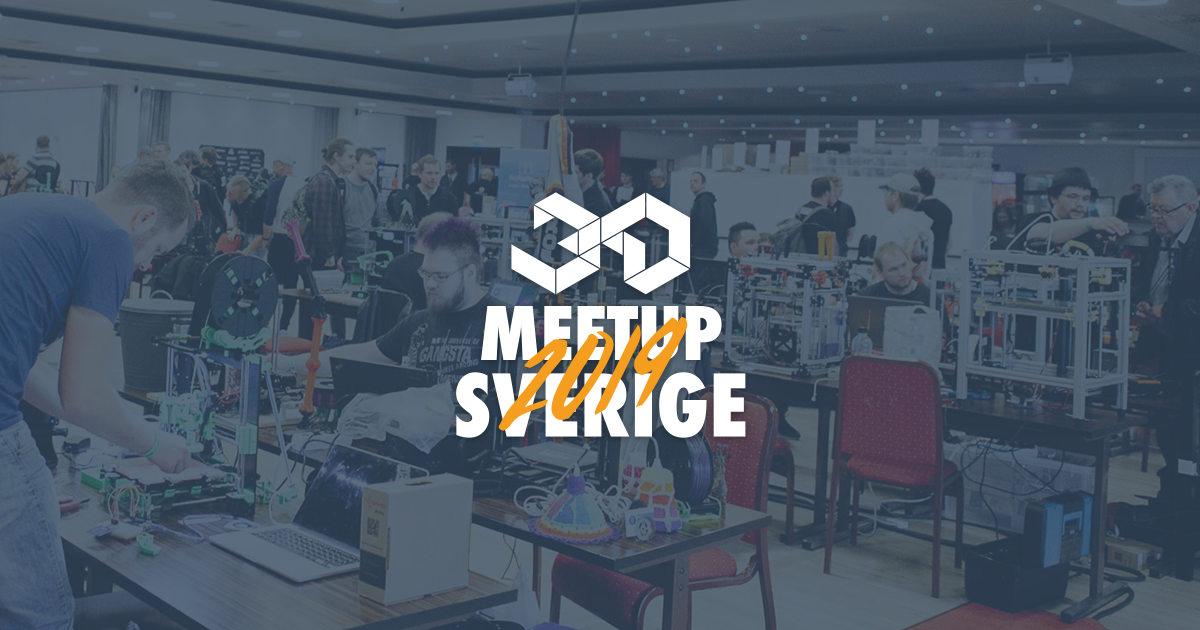 3D Meetup is all about 3D Printing and the things related to it! Here you will find enthusiasts, makers, YouTubers, companies and more. See you at #3DMS2019


I am the one holding the Introduction to Blender.

I need some kickass images made with Blender. Please can I use yours? I will give you credit.

I will ask many artists. Everybody asked will be shown.

Love the atmosphere! I haven’t played around with the colour profiles much - is that how you get the light blowout from the windows or is that done in post?

Great that somebody could still use our old, crappy 3d-scans!