For the past hours I have been trying to solve something that seemed to be an easy task. Unfortunately I failed. Now I am asking for your help.

Here is what I have been trying to do.: I want to create some sort of comic effect. An object is moving through a pipe or hose. Because of fact that the object is bigger than the diameter of the pipe, the pipe gets stretched and/or deformed. You’ve probably seen this effect a lot of times in comics and animations. I have created a spiral, a path and empty that is following the path. Because of the fact that an image says more than a thousand words I have attached a screenshot as well as the .blend-file. 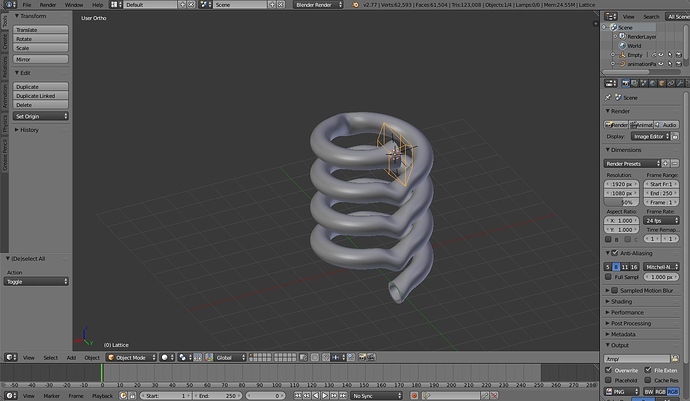 What I end up with is this weird effect. I know that the lattice modifier affects the hole object. But what kind of modifier can I use instead?
If anybody out here has an idea, please let me know.

Here’s another option using the array and curve modifier 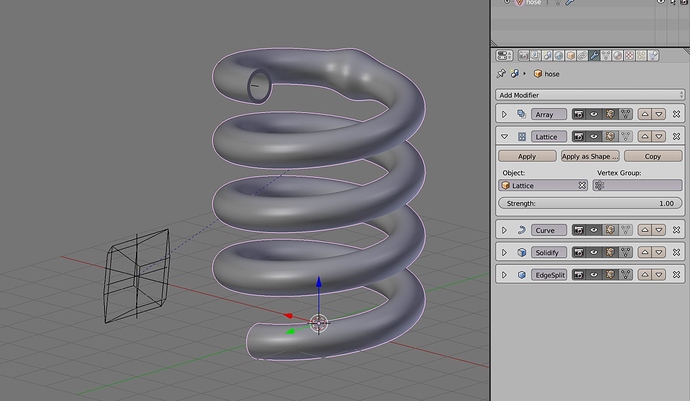 Thank you very much for your help. Hours of trial and error, frustration and chin scratching finally came to a end. Thanks to you Richard. You’ve made my day.