Hi guys. I’m currently working on a harness that’s comprised of leather straps that are wrapped around metal rings, sort of like the image below. It’s intended to be used as a piece of clothing in a game. 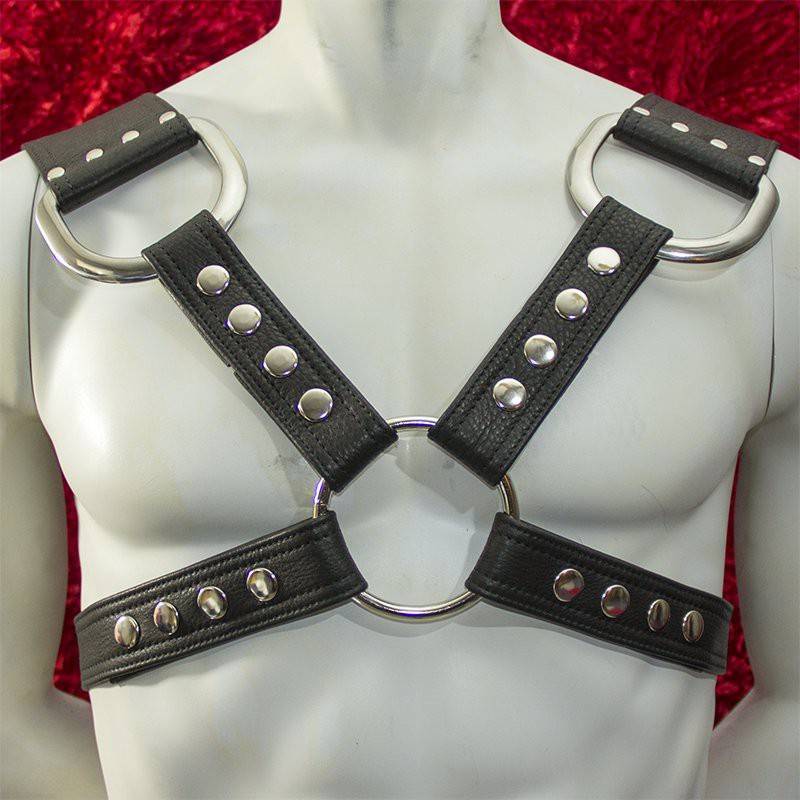 I’m trying to figure out a way to wrap the straps around rings and I’m stuck. The diagram below shows the way I thought I could do it, but I can’t seem to find a modifier that gives me the desired result. 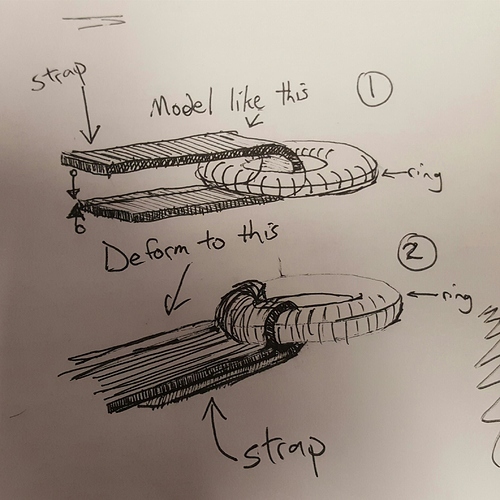 I want the strap to wrap around the ring, and then have the two sides of the strap meet flush with eachother after the wrapping. The way I’m approaching the strap construction is to model the layout with flat planes, then use the solidify modifier to give them thickness. I tried wrapping the strap around the torus both as a solid mesh and as a plane cut into segments (using the plastic wrap modifier) but it doesn’t seem to work. I even made sure to increase the poly count around where the strap should deform around the torus so that it has ample vertices to wrap properly, but it just ends up looking like a bunch of smashed polygons on the surface of the torus.

Is there a way to do this with modifiers? Should I use the plastic wrap modifier, or is there something better? Or do I just have to do it by hand? Doing it by hand seems like it would be hella tedious as I’ve got like, seven straps to wrap around different rings. Thanks guys.

Select the area on the ring you wish to wrap the leather around. Hit shift + D to duplicate it. 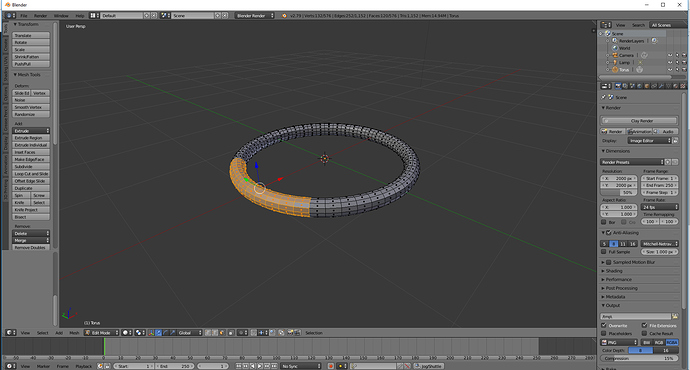 Now hit P to seperate it. You can hide the wring in the outliner so you can see better for now. 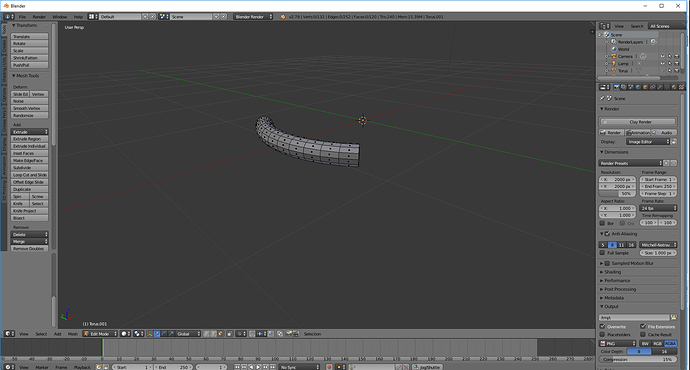 Now cut the bottom half away an and then make a mirror modifier. Leave clipping off for now. 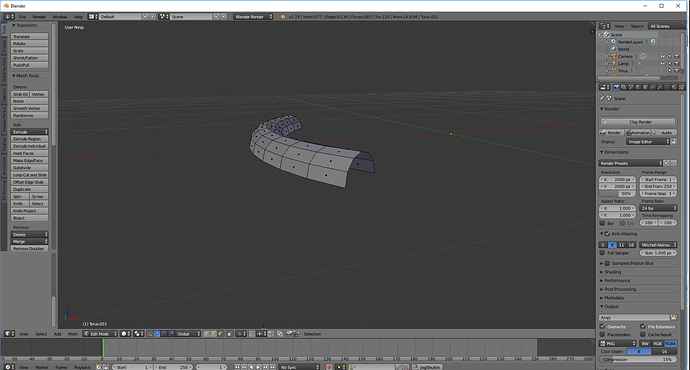 You can now begin to extrude and tweak the edge to the desired look. You can flatten the edge by scaling in the x direction and hitting 0.[ATTACH=CONFIG]503695[/ATTACH]

Thats pretty much it. Now just to finish up. Turn clipping back on. Add a sub-D modifier and some control loops to sharpen up the edges.
I hope this helped.[ATTACH=CONFIG]503697[/ATTACH]

Oh, ok, wondeful! Thanks so much man! This is much easier!

Glad it helps. I’m sure there are other ways to go about it. I like to keep things simple as you can get by with.