Hi I’ve got a Ryzen 7 1700 CPU running completely stock, and 16GB RAM, yet for some reason whenever I render using the CPU with denoising turned on it freezes and totally locks up the computer after denoising a couple of tiles (4 or so). It renders fine on the CPU with denoising off, and it renders fine on the GTX 1080 with denoising on. Is there somthing I’m not aware of going on? I discovered this when I was just testing out if the CPU could render my stuff faster than the GPU, It gave me a much lower estimated time for the CPU so I’d like to be able to do it, but without denoising it’s not really an option for Cycles. Any thoughts or advice, are the settings wrong maybe? 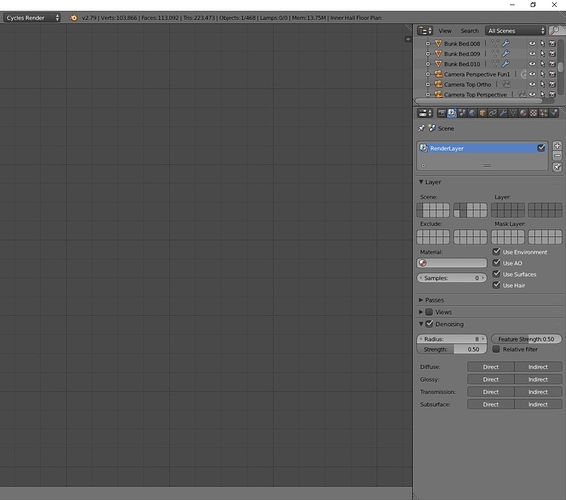