this scene is the base for an animated short i am working on.
Those little paperclip guys will be drawing a line over my desk and other stuff.
At the moment i am working on the animations and trying different settings for the dynamic paint to get a realistic looking line. Would be nice to get some feedback on the materials and lighting.
Maybe someone even has an idea on how to solve the problems with dynamic paint.
Originally the scene was supposed to be rendered in cycles but due to lack of time and apropriate hardware i decided to switch back to BI. 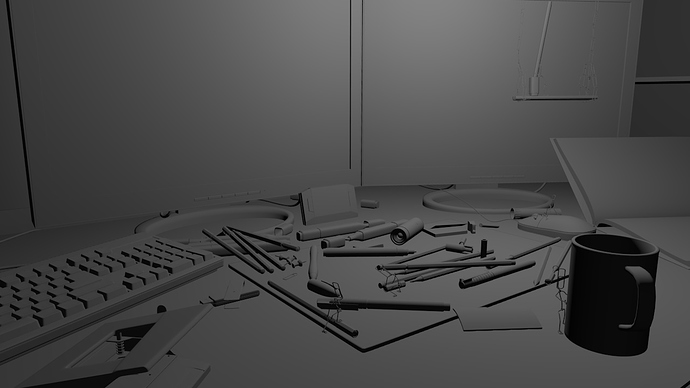 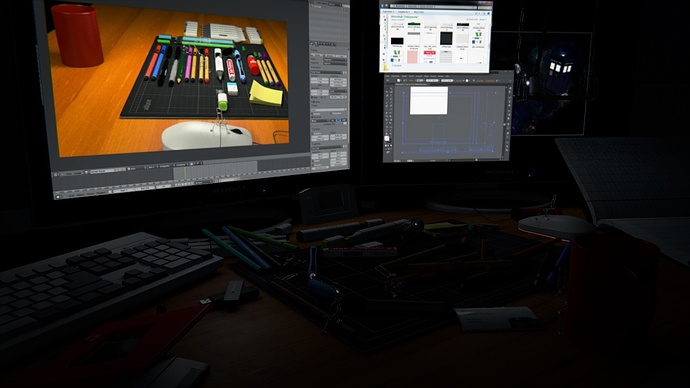 This is the lighting i am having at nighttime with just the monitors emitting light.
Maybe it is too dark after all but thats the way it looks like. Still too clean i think, not that i want it to be as messy as my real desk ;). Would be nice to have some dust and tobacco lying around and especially between the keys of the keyboard. 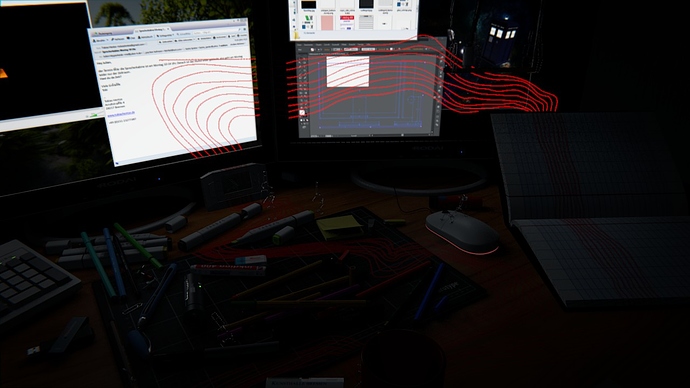 Another camera angle, for better overview, with the line on the monitors, desk, sketchbook and the clock.
I could do a higher resolution when baking but for the most parts i think it is high enough. The monitors give me a headache thought because the emission of the screen causes the jagged lines to stand out.
Dynamic paint on the monitors is baked with resolution of 2048 and substep of 10. Substep of 20 looks the same and 4096 resolution crashes blender most of the time.