Found a way to easily add a “directional” factor to mesh lights (like V-Ray’s Area Lights have it for example). Nothing fancy, maybe I will do a tutorial about it later. 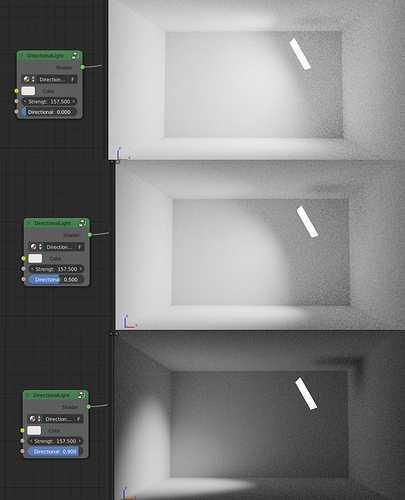 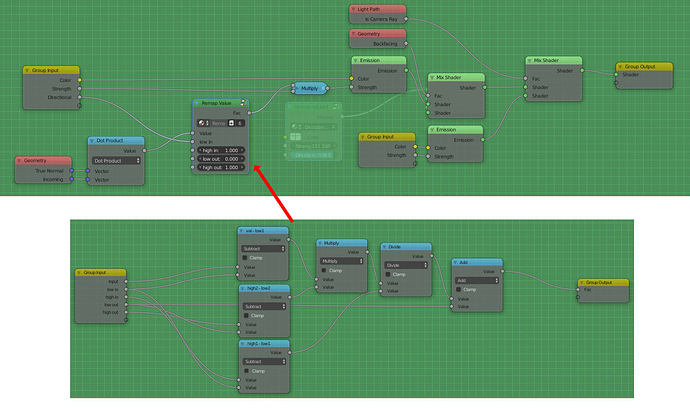 Nice. Works with area lamps although I took out the visibility/backfacing stuff and simplified the remap value group. Crazy thing is, I was just about to ask about this since I use fake area lights a lot and they (acting as ceiling light fixtures) always give this harsh edge at their elevation.

Although not something I’d use for work, I take it that proper “light focusing” would be impossible to simulate? You’d either do this to get more light where you want due to being focused, or if lowering output you’d simulate the light is physically further away falloff wise (cheating inverse square falloff). So as directionality is increased, so is the output (more in the center?). I’ve toyed with color/light falloff in the past, but I have no idea how to properly use it for something useful.

This is my modified setup, only deals with the strength itself (to me, other tricks belong outside the group): 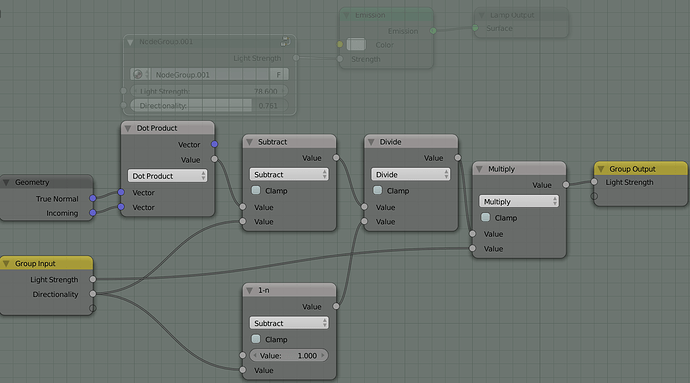 Edit: Trying to use it in a project rather than a simple test, I found that my version needs a math(n maximum 0) node to prevent negative light.
Willodactyl (Willodactyl) April 26, 2018, 10:02am #3