well i would like to see The Bigfoot able to do something with this project. I don’t have very much experience with the logic part of this. i mean i can do it, but not well. i see your point about being able to do it faster without sending blend files and everything. i’m saying myabe he would think and look at it a different way and might be able to get thingsthat you wuld be stumped on.

i’m not too worried about this topic yet, as we are still in the early stages of developement

About the pose, all I can say is, feel the muscles in your arm, is that how you would bend your arm or jump?

I am offering my services in game logic only. I am a terrible modeler and just an okay texturer. I might be able to do a bit of python. I am using my experience in Visual Basic to learn Python. It is going slowly, but I should have the basics down by the time you get to adding game logic. If you want, you can just make me the back-up game logic guy. So if you have any problems, questions, etc., you could just send it over to me. Please decide as soon as possible, thank you.

If game logic is all you’re comfortable with thats fine. I think i’ll take your idea and put you on back-up game-logic and possibly python scripting. I’ll keep you updated on changes in script and other things.

Put him on full game logic. I sent you an email

I am fine with either main or backup game logic. And yes, game logic is all I am willing to do for now. Especially since I am in game logic and animation for Lori’s Tear.

alright, status change in the team:

Bigfoot, try not to get confused with which project you’re working on

Not quite an expert, but I’m pretty good. Though like everybody, I have to ask for help occassionaly.

I currently know just enough python to send properties between scenes. But give me time, I am making the change from Visual Basic to Python, not an easy change.

thats great! i guess its better to ask than to guess when you’re unsure

We are still looking for animators, modelers, and maybe another texture artist, to lighten the load on zootanore

Put me back on logic zeflis

alright i guess we’ll have 2 people on game logic.
that’s what i’m doing now.
it may take a while to send, it’s 8.2 MB big:eek:

Alright cool. Could you tell me the legend, because it’s a little blurry in the other picture. Also, is the terrain mostly grass?

smooth one dude
i also sent some update pics

Alrriightt I’m working on the first part of the first map. Here is where the mountains will be. Basically you go through the little trail up to the temple. The temple isn’t built…yet.

It’s not bad. I might do it over. Tell me what you think…suggestions, crits…ect 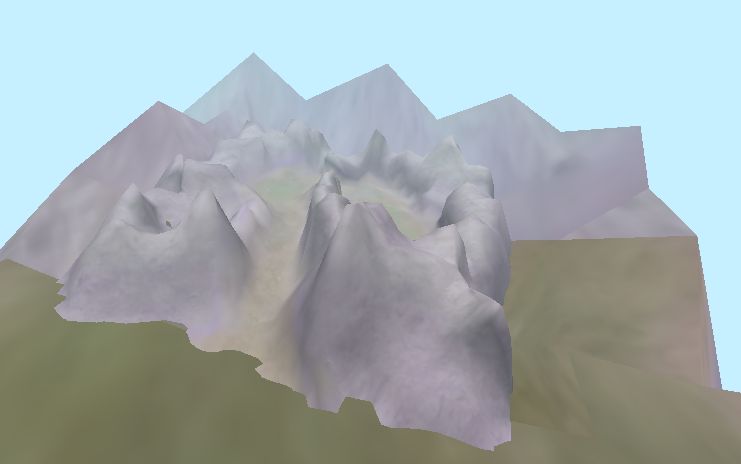 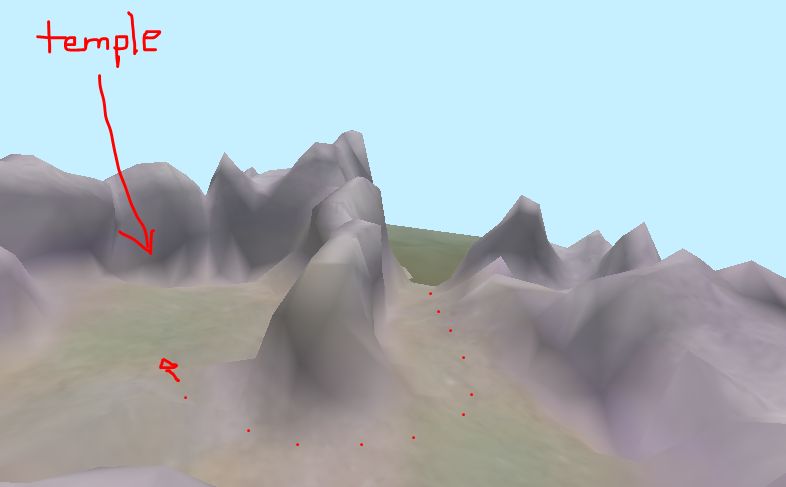 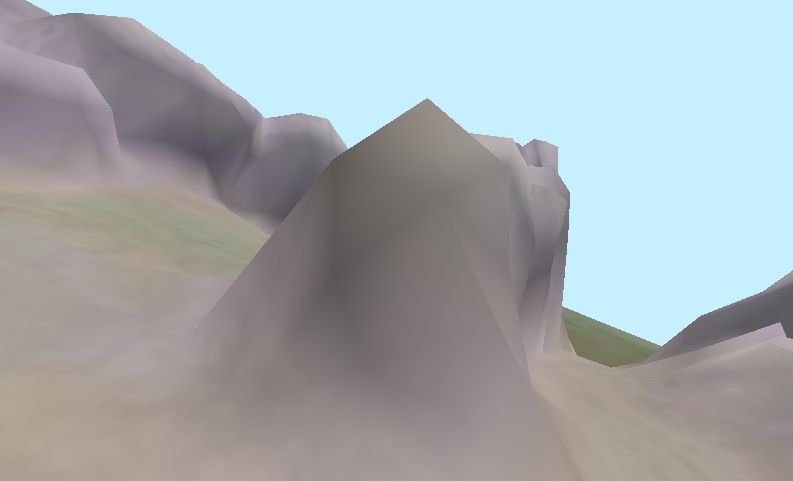 should it be bigger? what did you imagine zeflis

it looks good for the most part.
the path i think is a little to wide, and i was thinking the temple would be a bit higher up(elevation wise).
also the texture on the path should be more dirt than grass. and the rock texture also a little more brownish colour in it.

Alrighty…I just finished modelling the motorcycle you could drive around. I think it turned out pretty good! What do you think zeflis and bigfoot? I or bigfoot also have to set up the logic for it once we have the character (getting in and out, vehicle wrapper, damage system?..ect). By the way zeflis I’ll recreate the concept you made for the gameplay screen and post it. 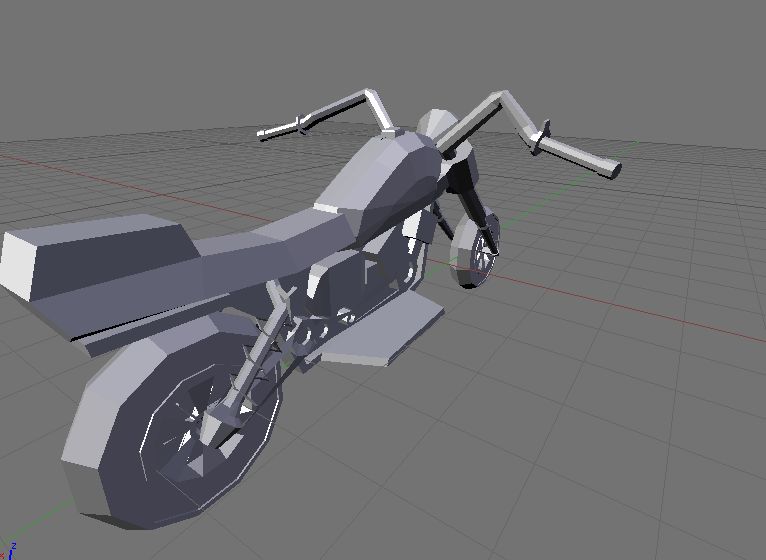 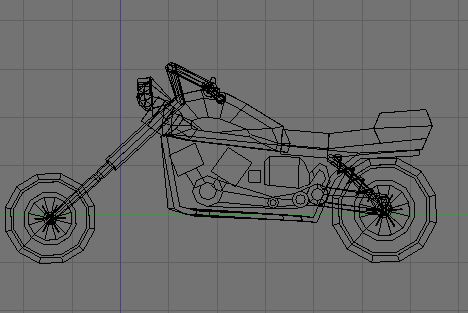 Wow, that motorycycle is a really good lowpoly model, I can’t wait to see that textured. Once you add some foliage to that terrain it will look really cool. Will keep an eye on this

Okay zeflis, I recreated the concept of the screen setup. It will go something like this.

(Top Right corner) On the fly items available by pressing one of the 3 keys (doesn’t neccesarily have to be up left right arrow). These items are like, boomarangs, rifles…ect. Anything that is usable at a certain time.

(Bottom Right corner) These items are equipable items. For example, your sword isn’t on the fly, it is your main weapon. Sheild is also. Spell gloves would also go in this area, because it shows you have them on.

(Top Left corner) Health and magic. Run out of health, game over. Run out of magic, can’t do spells.

And the camera doesn’t have to be where it is, this is just to show the screen asets. 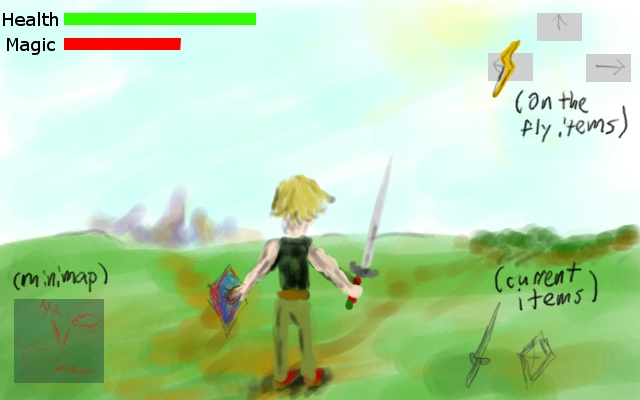 The motorcycle is excellent. Seems like there are a couple models made every day, good ones too. I think you have the low-poly mesh modeling down.

About the vehicle gamelogic, do you plan on having the character fight from the motorcycle and/or run over enemies?

[email protected] I will not get confused between the two games. I have a highly-ordered organization system, and I always double check a file before I start work on it or send it off. Actually saves time. I have an obsession with keeping order.

Really hate to say this, but please make the mountians even just a bit more smooth and less triangular. Overall, though, I like the design. Perhaps a bit longer trail?

Uh, oh. You posted while I was still typing. Let’s edit this post.

From what I can tell, it is a Zelda, Ocarina of Time layout. Nice and simple.

About the controls, I was experimenting with the idea of customizable controls in the options menu. I am not sure if it is possible yet though.

About the vehicle gamelogic, do you plan on having the character fight from the motorcycle and/or run over enemies?

But, in the minigame, or side mission, we were planning it to be like this. When the enemy is chasing after you, you cannot attack it. You could only attack during the attack period (when the enemy is jumping in the air, about to attack you), and you have to press the key that is displayed. If you succesfully press it in the time of the attack period, you kill the monster. If not, the monster attacks and you lose health.

We could split the work if you don’t want to do it all, because this could take a while to do.

[email protected] I will not get confused between the two games. I have a highly-ordered organization system, and I always double check a file before I start work on it or send it off. Actually saves time. I have an obsession with keeping order.

He was just jokin

Really hate to say this, but please make the mountians even just a bit more smooth and less triangular. Overall, though, I like the design. Perhaps a bit longer trail?

I plan on totally redoing this anyways. I’ll be sure to make it smoother and a lot longer trail. That was more of testing purposes lets just say haha.

EDIT: you edited while I was posting

That would be great if we could implent customizing your own keys…hmmm…But it would have to be through python, because I’m not sure if you can change sensors with logic bricks.

Edit 2: and yes, Zelda layout was epic. I am guessing you have N64 aswell