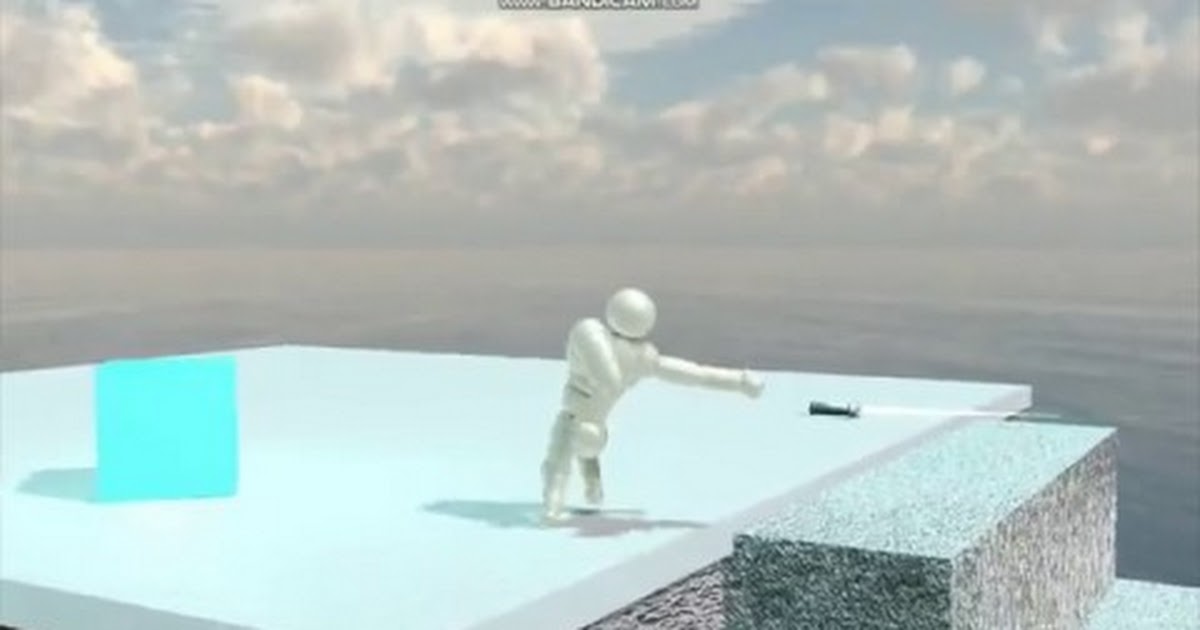 Here’s a concept/idea I’ve been playing around with for a while. I’m hoping to turn it into a physically-based swordfighting+sandbox game, but have no definitive outline for the ‘plot’ itself. A bit of credit goes to BluePrintRandom for the torque-based ragdoll system

The main ragdoll has animations for walking forward, back, left and right (controlled by WASD) that his body parts use torque to try and imitate. Unfortunately though, while these movements can propel him fairly well, They’re just not effective enough to be an ideal method of control.
So to help him along, he now has a force applied to his torso whenever one of the animations are activated. It’s not the authentic movement I’d hoped for, but it works to get him around faster.

The sword still needs some work, as currently it can’t actually ‘cut’ anything - I’d like for it to be able to dismember limbs on contact (Thus the name, ‘Dismemberment’), but I can’t seem to access constraints with Python)…
I’m also trying to get the spider’s legs to stick to things, eventually leading to wall-climbing. At the moment, he just sort of scrambles around and doesn’t do much.

I’d be happy to collaborate with anyone who’s interested, or who just wants to let off a bit of creative juice. Suggestions are always awesome as well

I’ll warn you though, there’s a lot of unused scripts to dig through… I tend to make a mess when it comes to starting a project. The whole file is experimental though - so if it’s necessary, I really don’t mind starting a completely new one.

I use this system here for my game and it does a really good job ; https://www.youtube.com/watch?v=t6rVJwRSvdY&feature=youtu.be

Whoa, cool! Awesome graphics, too. Looks like it’s for Unreal Engine, though - is there a version that works for Blender?
I’m also looking for way to sever a piece’s connection to one body part without it affecting any others - for instance, if a shoulder was touched with the sword blade, it would cease to be connected to the torso, but still remain attached to the upper arm.

Dude, this is just human fall flat, but free!!

Thats actually one of the most disturbing videos Ive seen in a while, watching the character walking around like that, getting himself into a guillotine, or resting on the lap of a huge scary spider, that was something…

On a serious note, this looks very interesting, I would love to follow your progress on this. As far as I know, there doesnt seem to be a simple solution for ragdoll behaviour in the blender engine, as in an animated character that turns into a ragdoll when killed or koed or hit by a heavy object for example. So this could be very useful for the community.