Disney now the proud owner of Spiderman, X-Men and (of course) the Hulk:

I hope they don’t screw things up too bad… :ba:

I like Disney. They do quality and their humor is top notch. Also Disney aren’t afraid to shed blood for the sake of a good movie story.

I personally thought that spiderman 2 and especially 3 sucked! disney can only bring improvements- even if they introduce animals that need to find their way home, it would still be more entertaining.

Disney sucks. They rip off their ideas from others. Case in point:
http://www.kimbawlion.com/rant2.htm
This is the same company that takes legal action against day care centers for having a mural of Disney cartoon characters.

So what is next autodesk buys Disney?
JF

So what is next autodesk buys Disney?
JF

Yes, and then Adobe buys Autodesk, and Microsoft buys Adobe, and…

Maybe in comics we’ll get spiderman and mickey mouse work in conjuction to save the world ? 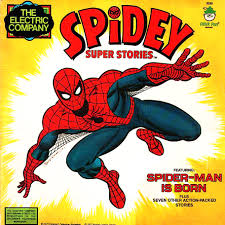 I hope it brings better fortune to them considering there was a nightmarish time in the mid to late 90’s when it looked like marvel was going down. But I think people should keep things in perspective this isn’t Disney Animation buying Marvel its Disney the media conglomerate that owns multiple studios, book publishers, tv stations and so forth buying marvel. Warner already owns D.C so one wonders which conglomerate will make a move for Dark Horse.

Been a longtime comic book collector I think this is not to a bad deal if it wasn’t for the current movie spinoffs most publisher would have closed by now. Even the big books such as Spiderman, X-men, Superman, Batman, JLA don’t even move 1/4 of the numbers the used to do in the early 90s.

p.s. shouldn’t this be in offtopic considering it has nothing to do with Blender or CG in general