I’m making a wood plank fence with geometry nodes. I want it to be a bit in disarray. So I am instancing one plank rotating and moving it around. But I also want to warp it slighly. The plank object has sufficient geometry for this. But when I displace it I want to warp each plank independently. Right now they are part of the same wave. 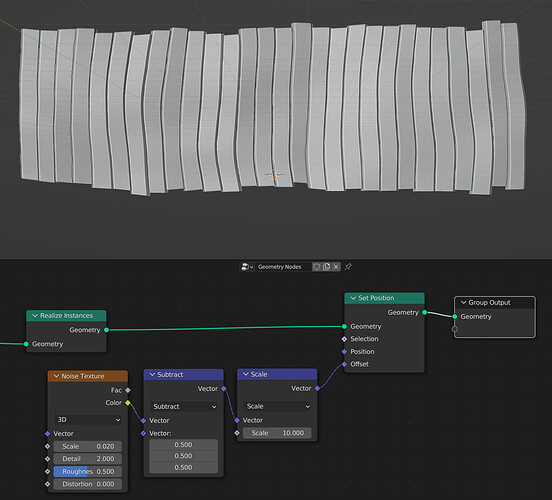 I have an idea. I move the instances a random direction along Y. And after the warping I move them back. But in order to warp the plank properly I have to do Realize instances. So how do I move an entire mesh island back?

Solved it. So I found the Mesh island node. And I plugged the mesh island index into W of a 4D noise.