I am making a stone bridge for my scene and thought I had a great idea, but have run into a road block.

The idea was to use a modified version of my image texture in a displacement modifier. I tried it as an experiment on a plane and it worked brilliantly! Here’s the plane without displacement: 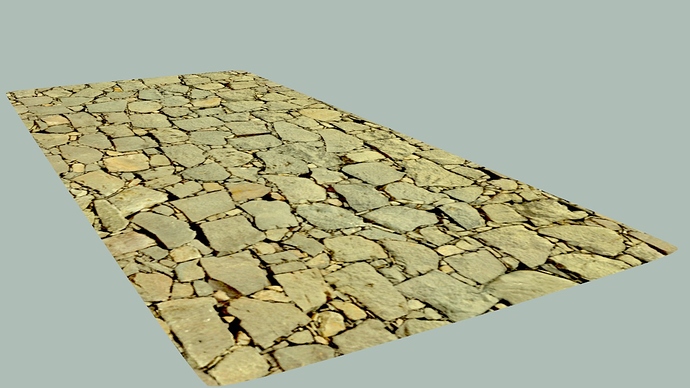 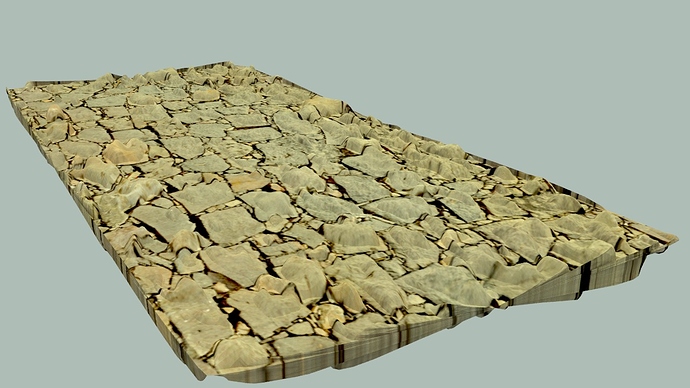 To get this effect, I used GIMP to desaturate the image and bump up the contrast. Also, I scaled the plane to have the same aspect as the image. It was not necessary to map either the texture for the material or the displacement so they align perfectly.

That’s where I’ve hit a block. I want to make the bridge from a modified cylinder. To get the material texture to map correctly to the cylinder, I need to use a tube projection, but this option doesn’t seem to be available for displacement textures. I’ve also read that it’s not possible to edit textures in the Node Editor in Cycles, unless they are part of a material.

Can anyone suggest how to get the displacement texture mapped correctly onto a cylinder?

The Displace modifier can use UVs. Here’s how to do it : 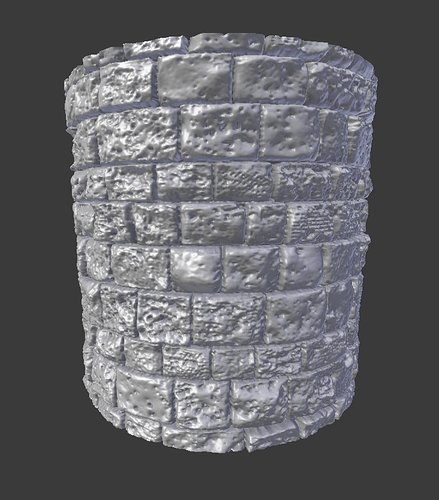 I figured that might be the case but hadn’t tackled UVs before. Still tweaking but very happy with the result. Here are a couple of views. I changed from a cylinder to a curved cube because it was too messy subdividing the ends of the cylinder. 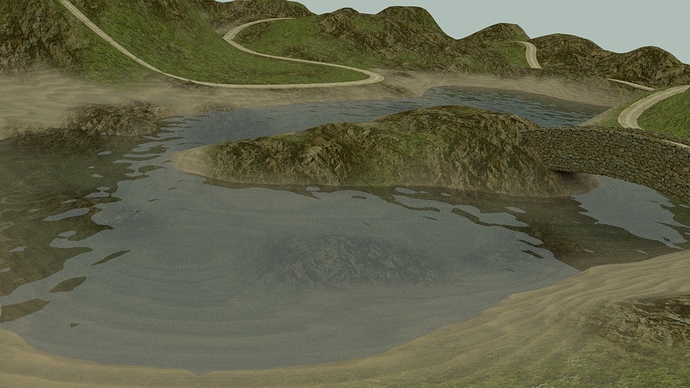 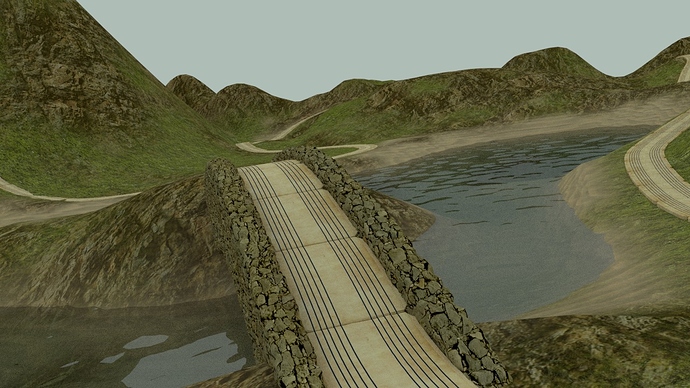