Definitedly Retro-games have the unique charm. Sometimes you could feel more comfortable inside 8bit world than in ultra-modern and high technology game with tremendous graphix. The most successful example is ZX-Spectrum that was very first computer for millions in 80-90s. Those who play Dizzy, Automania, CrazyCars 2 decades before like to get back to world of ZX-nostalgy within emulators like UnrealSpeccy and so on. Spectrum is not dead! It’s curious but the last version of ZX is still in stock for most hardcore adepts. Evenmore, the massive resurrection will happen very soon. Elite Systems Ltd (Lichfield, UK) gonna launch Bluetooth ZX-Spectrum.

“The recreated Sinclair ZX Spectrum will be a Bluetooth keyboard, initially for iOS and subsequently for Android and Windows phones and tablets (as well as for PCs and Macs), in the form-factor of a 48K Sinclair ZX Spectrum.
You could play ZX with rather level of truthful gaming experience connecting new ZX to iOS gadget via Bluetooth.
In intention to unveil my own love to retro-gaming and folloving the growing interest I’ve launched the DISTRAKT-ZX project!
Distrakt-ZX Playing Elite Super Tracks or WEC LeMans I use to want the softer movements, better car handling and non-jumping objects aside the road (may be I’d prefer the vector objects). I’m in love with graphix and atmosphere but honestly said I want more 3d. So I’ve decided to join simple 3d racing game with old-school ZX-stylized textures. It’s completely new format for me. I gotta experiment.
Distrakt-ZX is BGE based (Blender Game Engine 2.49). I use to like working with this free and crossplatform software. Also I have a lot of stuff from 2009, the year when I worked with BGE hardly, that I could use in my new project.
Features This project is very special for me. I designed it as something absolutely alter to all I’d done before.
8-bit like graphix doesn’t require GLSL and it gives the speed.
Game doesn’t use materials, lights, shadows and so on. It gives speed again
Game is based on my latest BGE work
Game is crossplatform and portable
Project is open. blenderplayer distribution ruled by GNU/GPL, all the rest is free of any licensing.
Game Mechanisms Game uses several curious mechanisms:
REPLAY – training race is recording to protocol & could be replayed.
OPPONENTS aren’t AI, but protocol driven. They are “replays”.
These protocols could be easily rerecorded. You could re-alive opponents.
Track is constructed of standard blocks. It’s the track editor indeed.
New tracks are easy to create. Track don’t give more weight to project
Next versions Next version (0.20) will probably have the garage and the possibility to choose the car. Also some new buildings could appear giving the more variety to environs.
DOWNLOAD FOR FREEor visit http://bileyg.com/distrakt for more info. 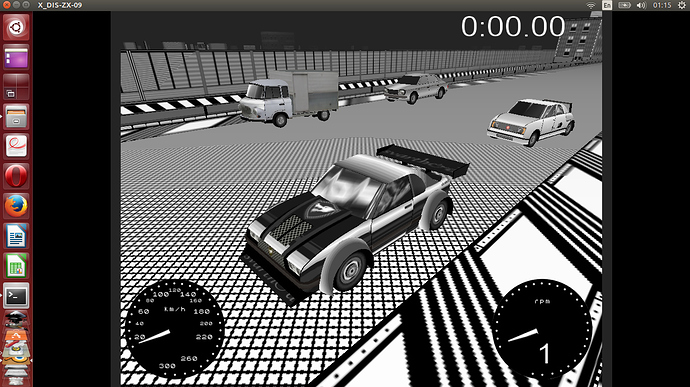 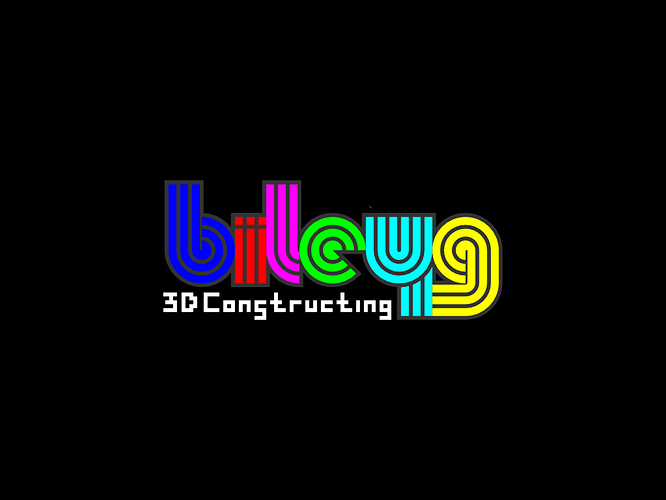 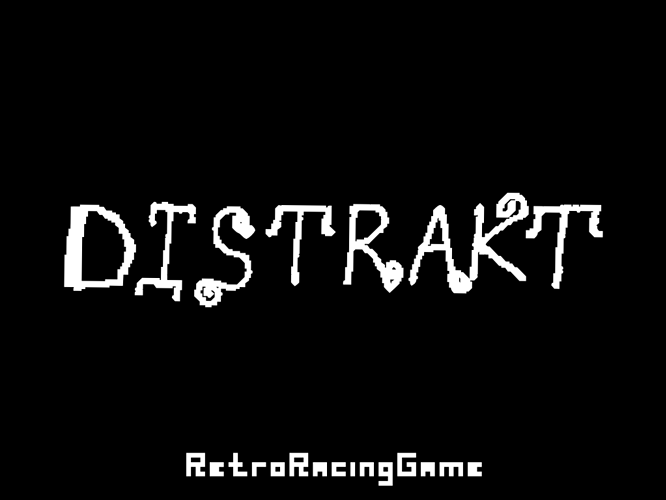 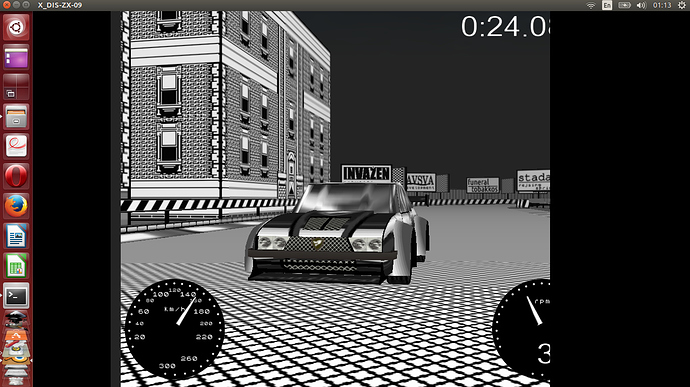 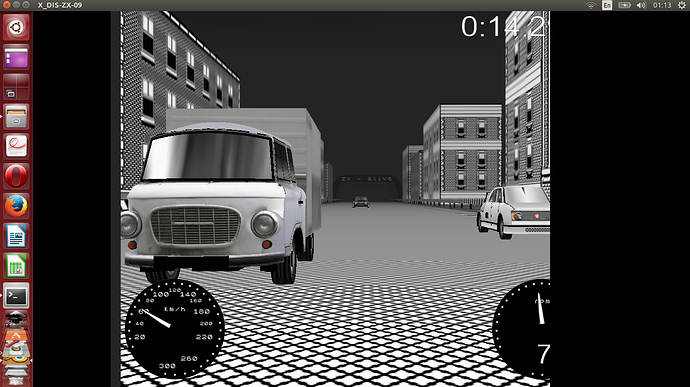 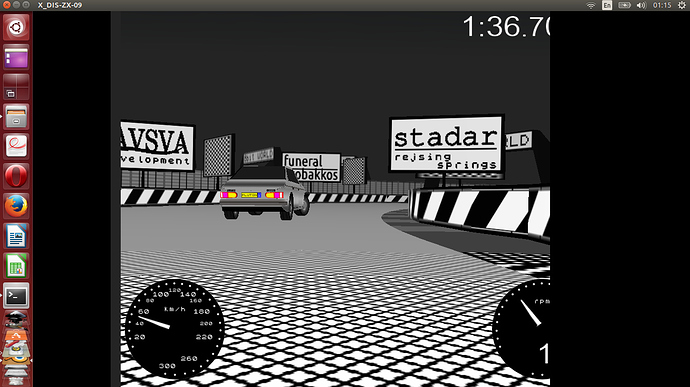 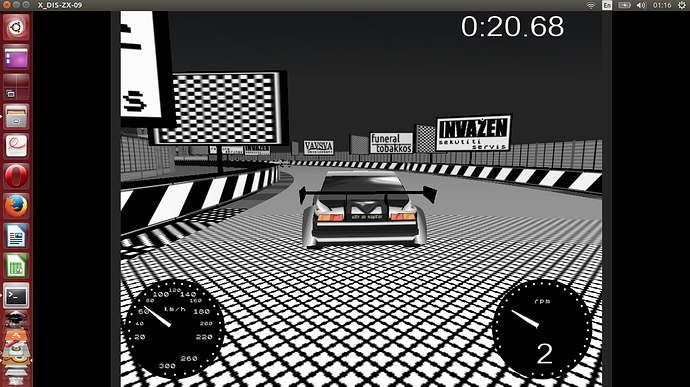 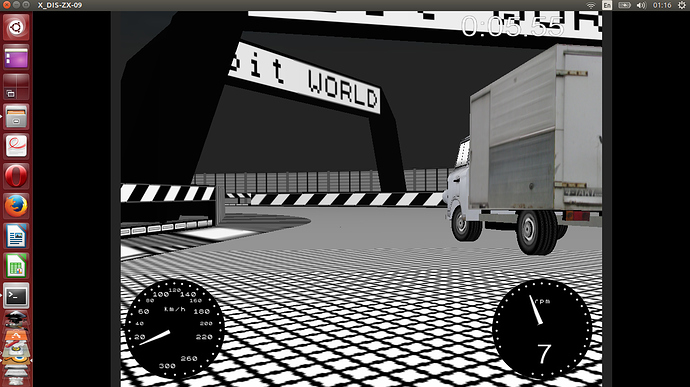 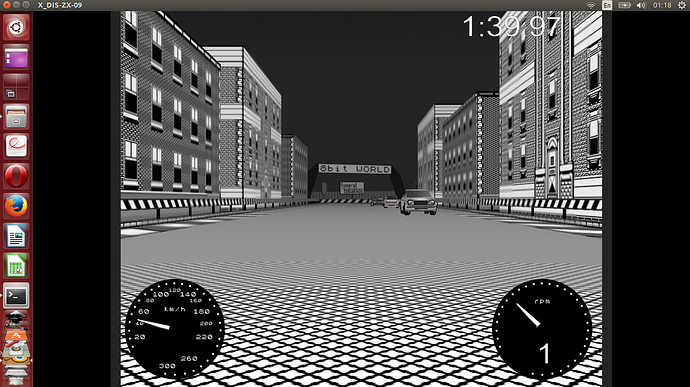 You know, I actually saw a zx spectrum 2d filter around here somewhere. I think @martinsh included it in one of his filter experiments.

It makes any game have the same palette as the zx spectrum, there are also some pixelate filters around so you can make it super retro.

If you search through martinsh’s started threads you should be able to find the one with those filters in it.

Anyway, good luck and keep up the good work. I had a 128k when I was at school and I wish I’d spent more time trying to learn programming then. But my first couple of tries were failures and I gave up after that. I just used it for gaming.

My favorite games were of course the dizzy games (I can fly!) and a game called oh mummy! which was about raiding a mummy’s tomb.

Thank you very much for good words about my project & specially for great advise about 2d filter
I’ve just found it and implemented. So the next release will definitedly have this option.
It’s just the thing I really need to give the game evenmore hardcorely-funny look.

I had a 128k when I was at school and I wish I’d spent more time trying to learn programming then.

Cool. I had 48k and my first try was kinda text adventure. Then I began study basic deeper - as the result some primitive graphic games. Basic was too slow and then decided to learn assembler… it was wrong way - to hard to understand. Also I used spectrum for mathematix - build some graphix and also some counting.
What about my favorite games:
CrazyCars, ChevyChase, F-1, F1 Manager, Elven Warrior, and of cause Dizzy 4! 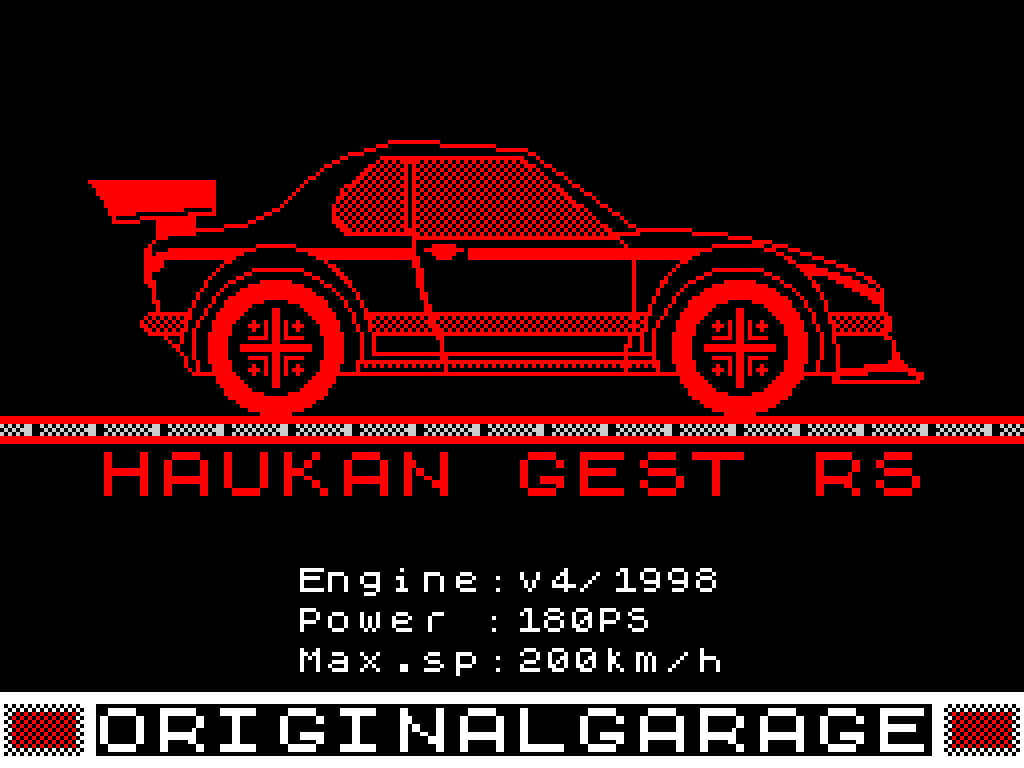