Do you have a wiimote?

I want to know how many of you have a wiimote and actually can use it in their computers, actually only in windows 'cause i’m planning to use a wiimote to play a game made in Blender, for now, i can handle the wiimote’s information in blender and can make it rumble when certain event in Blender happens, actually I made a menu screen and a couple of mini games , I use Glovepie for reading the Wiimote’s information, I want to know if this could be a good idea or not, deppending on the responses in this thread I will choose if i should go further or not.
I know that I’m not showing progress here and I know that some of you will tell me that I’m just a newbie judging for my low level of posts, but I’m not a newbie, and I’m not asking for someone for doing my game, I only need to know if you’re interested in having a game for play using the wiimote
thanks in advance and sorry if I wrote something wrong, I’m from Mexico and i appreciate a lot if you make me know some written error

Hmmm, your poll is a bit out of place. You’re asking 2 questions here:

I don’t have a wii, but p00f connected his to the pc. Consult him directly, or search the forums.

I think you should change the poll answers to:

2)Yes, but i don’t know how to connect it to my PC

'Cause No.2 would apply to me.

I think you should not wait for the result of the poll to go further in your developments…
If games exists, it will bring people to want to try (maybe even buy a wiimote just for that), and exprerimenting with these new kinds of control is always interresting…

Personnaly, I tested the wiimote with blender, with the system from Julian Oliver and even began to develop a script accessing the wiimote directly in blender (julian is using external bin with OSC) …
I plan to build on that, but first I have to make the content …

I must add that I’m not using Windblows but only Linux on my “PC’s” … so I won’t be able to test your games… (you could have added the OS option in your poll, Mac has also a driver for the wiimote, which is not the same either … )

I have also a Wiimote.

I would say that GlovePIE and PPJoy are the best software for their job (simulating the functionality of Wiimote and Joystick). But these things are way too advanced for simple users.

By the moment, I have neither of these software installed (because of a ghost partition restoration I made the previous week) and I wouldn’t even bother to install them for the next few months.

In the other hand, I would not say NO to a game like Walaber’s Wii Sticks I just have to plug my Bluetooth dongle on my PC > Connect Wiimote to BT network > have fun!

So, let’s sum it up.
Personally, if would like to make a Wiimote-based game, I would prefer it could be accessible to the public, to ensure that as many users as possible could enjoy it. If you see it from another apect, this could make the game a real Wiimote based game. Not by simulating Wiimote’s the functionality, but supporting it and working “out of the box”.

I remember someone had programmed a Blender plugin to support Wiimotes. I 'll do a search if you are interested.

ccflop : I think that “someone” is Julian Oliver, and you can find it here : http://selectparks.net/modules.php?name=News&file=article&sid=628

but if I read well, pikol already knows how to do with glovepie …

Does anyone have “Wiretap’s python OSC” implementation? I can’t get ahold of it and so I am eff’d

get it here… the wiretap site seems to be unstable/not there … I also got some trouble getting it, so I saved it…

Good Jesus, thank you so much

XD Dude you made my day XD

Also here is a .blend on which I was working on, but with shaky results … If anybody has a clue on how to optimise this code, I would be happy, it goes off the limits of my (small) knowledge of python …

[edit] this blend is the script I talk above, which tries to get the info from bluetooth directly into blender… it works in the concept (I could get some info from the wiimote to drive some numbers), but it’s not “realy” working as it’s laggy for some reason …
As it’s not dependent of any library other than python and bluetooth, it could be quite multiplatform …

the trick seems to be on the way blender use python for outside communication with the bluetooth… I still don’t understand everything in this (as for OSC, I often get laggy results, from blender “listening” and waiting for … )…

now I see some people interested in this, I’ll make the game and will be free for everybody, and if someone will be able to modify the scripts for working in a different OS you will be able to, I’ll start to podt progress next week with a small demo and instructions for having it working:D
By the way, I’m using osc for send/receive information between glovepie and Blender
For now I leave here 2 screens of the game
Thanks everybody 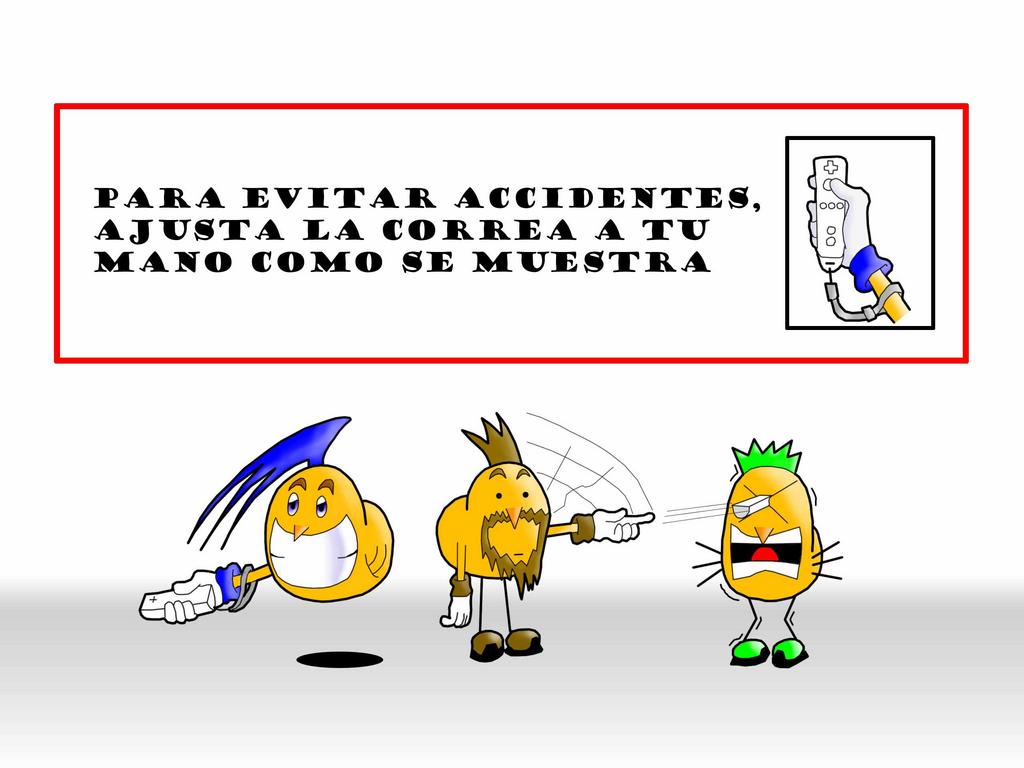 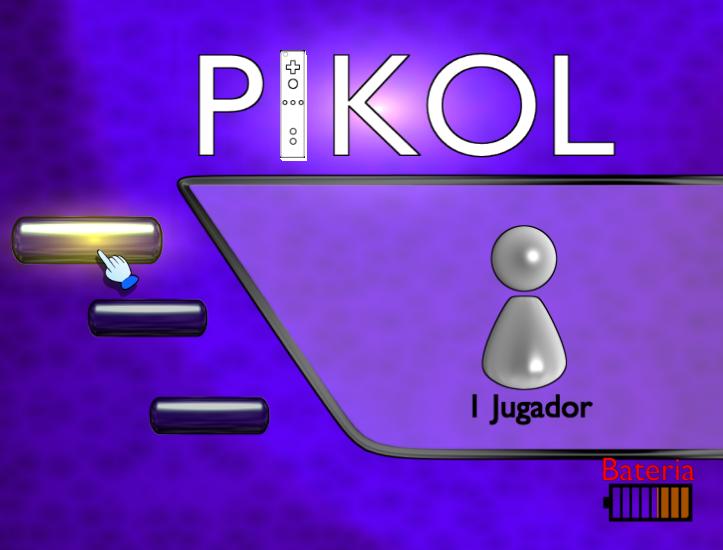 …
What kind of games are you planning ?

I mean, the style of those screens make me thinking of “educative” game (maybe because you made that “instruction” pannel) … and as I will have a serie of workshop with kids latter this year, I’m thinking it could be a good incentive for them to see and play that kind of little game with a wiimote working on a Linux system … (the workshop is about introduction to TIC and FreeSoftware … )

Olm-Z:
The game will not be educative, the screen is a reminder for using the wire strap, 'cause something can happen if you don’t use it as shown in the image:D you can see from left to right “Pikol”(pronunciation is like P-Col) “Garope”(pronunciation is like Gahro peh" and “Tollo”(Pronunciation is like Toh yoh)
The game is going to be like wario ware smooth moves, but not exactly like wario ware smooth moves, it will be a variation:) for now i have 3 mini games but i’m planning to post a demo next week with at least 10 mini games(I have a list of 13 for now), these mini games will be surprise until then

I don’t, and won’t anytime soon.

A Wii is closer to the bottom of the list of things I want.

Sorry for reviving, but can anyone direct me to a wiimote tutorial, except the one that Julian Oliver made…
I found another one, but now I can’t find it

I think you should change the poll answers to:

2)Yes, but i don’t know how to connect it to my PC

'Cause No.2 would apply to me.

The “Wiimote” should be an option.

Well, yes of course Social, but since I cannot get it to work, it doesn’t look like I have a choice…

I don’t live off of mommy and daddy… I bought a PS3.