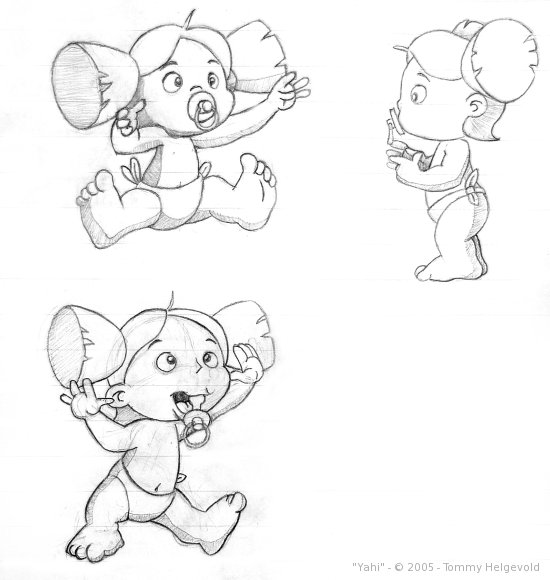 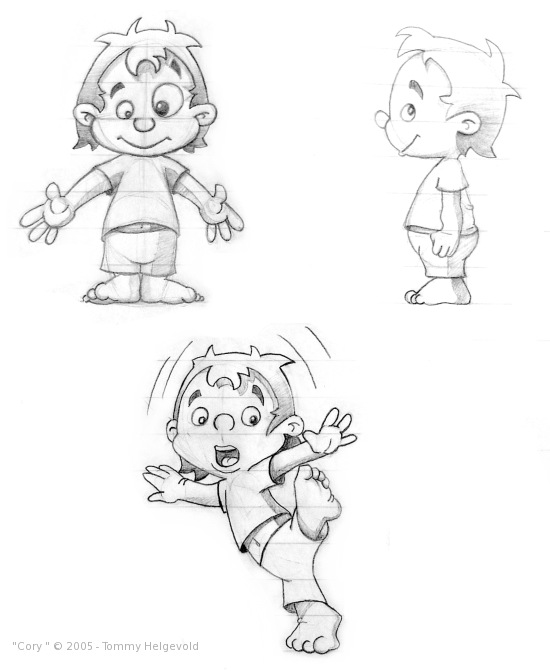 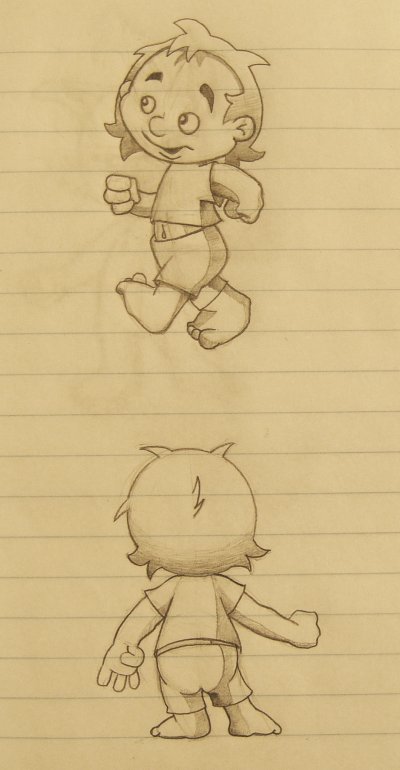 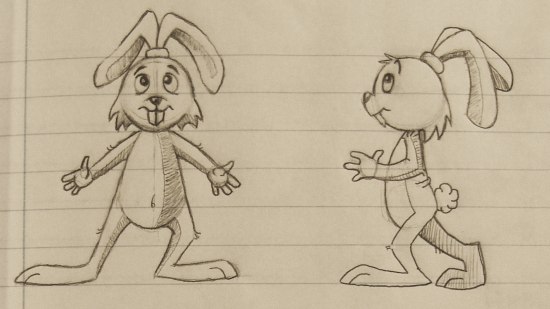 …and you get so bored that you end up doodling stuff instead
of taking notes?

Oh well - the above is the results of excatly that.
.

Schweet :o These could be a concept for some cool Blender animation. Very impressive sketches.

You got names for the Doodles?

Nice sketches JoOngle…I really like them alot the ones of the baby and the young kid are very good. Bit worried about the left foot of the one on the top of the brown paper though … the lad needs that looking at being able to turn it like that !!

Look forward to seeing them in 3D!!

@levi - thanks for your input…

Someone in another forum thought my characters ought to have a “twisted”
look…so I doodled this today: 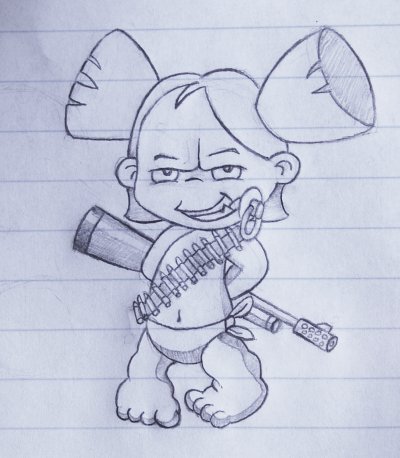 now these are fine looking sketches. I really like these characters. It would be cool to see that baby girl in 3D.

Hippie: Thanks, yeah…maybe I’ll make her into 3d one day.

As soon as I saw these I thought these should be translated into 3D characters. Really cool style you have going on here. The twisted rendition is well done, but these characters are so undeniably cute and for me seem to work better in that capacity, especially the first two.

My vote goes with Robertt. Good images to look at, and they definately have potential as 3d models. As for your original post, I try to doodle like this in my lectures, but the only thing I can come up with is bad images of architectural designs that only I will understand. My hand drawing skill is pretty limited. I don’t think I would ever pay attention in class if I had even the smallest amount of skill at 2D art.

Even more doodles, today she goes breakdancing from the 80’s.
(actually it’s a speedcontest entry)

how do you manage to get such harsh, Dark, clean lines with a pencil?

Hmm… tough question, how do I answer that…
Training I suppose - it’s like trying to “find” the line…carefully re-drawing
and re-drawing until you feel secure…then applying some more pressure
while keeping the overall proportions of the character. I do use classical
construction methods such used by the Disney studio when drawing
these and other characters (you know…circle’s and guidelines)

The Gimp that is…because I enhance the photographed paper
in the gimp…with “Levels” adjustment so the dark becomes darker
and the whites becomes whiter…makes it easier for the audience
to see my pencil drawings. If i end up colorizing it…then only the
strongest lines become visible…and I use “Threshold” to weed out
the weaker “helping/guiding” lines that should not be a part of the
drawing…(the old Xerox trick)

I hope you won’t mind, but I took my fav pic and colored it.

Isn’t it scary how easily things are completely destroyed in “Clean-up”?
Just look at my colored example too…it’s argh…horrid. Oh well…
must learn to do better cleanups…

Btw: I visited your homepage , you have some pretty cool 2D-art in
there.

Well I’ve found out, that good way to do clean up is, that if the image has lots of tones, you just flip it in grayscale and then adjust the curves to remove the gray and enhance the darker out lines.

Or, if you’ve managed to scan decent line drawing whit realitively light background you just flip it in two colors, which causes the lines to turn completely black and all other tones to disappear. Then you just rise the color level and you are ready to go.

I actually have a little cleaner looking version of your drawing, I just wanted to try out posterize edges command in Photo Shop

Oh, and before I forget: thanks.

i did just a quick clean up of one of your pics,

so now i want to see it coloured

i dont want to color it cuz i like to see it from the creators hand.