Discussion, now that the latest NVidia GPU is out allowing for Actual Real Time Raytracing without any hacks, is Evee too late to the game ? Would people not bother with all the fake hacks Evee require now that the actual thing is finally possible ?

What is YOUR opinion without being all emotional and fan-boying ?

Could you please stop putting the entire content of your post into the thread title?
This makes the forum unreadable and is highly annoying…

yeah, what @IkariShinji said, and also the answer is a definite no.
This technology is only available for a specific and expensive Nvidia GPU, which is very restrictive.
Several years may pass before this technology gets widely adopted by other GPU models and brands and only at this point should Blender start creating its own real-time ray tracer.

Exactly. The GPU showcased in that demo (Quadro RTX 8000) has a retail price of roundabout $10,000. I wouldn’t call that mainstream tech…

If it is, we just use Cycles instead then. That’s why they share a material system.

To answer more generally, thinking that Blender is late on the party because it doesn’t have some bleeding-edge technology that some hardware brand released is misunderstanding how Blender development works if not how general software development works.
Blender, being free and open source, aims at being available for as many people as possible. If the foundation puts their money into a technology that only a few will be able to use, many will rightfully complain.
So in a sense, Blender has to be late in the party, but if you go that way, every computer program ever made is late on the party, I mean why are they still not being written in a quantum computing language ? It has so much more potential.

From what I’ve seen, most of the companies that are showing off their realtime raytracing demos did so by implementing the new tech on top of their existing engines, rather than rewriting everything from the ground up. It’s probably more apt to say that Eevee will serve as the foundation for any future realtime RT tech, rather than being a quickly obsoleted step in the wrong direction.

Case in point, 4A games just released a video showing Metro Exodus running with a raytracer. It’s not something that’ll end up in the game, just something they’re showing off as a side project. If they can pop the tech into their engine so relatively quickly, I see no reason why the Blender Foundation can’t eventually do the same with Eevee. 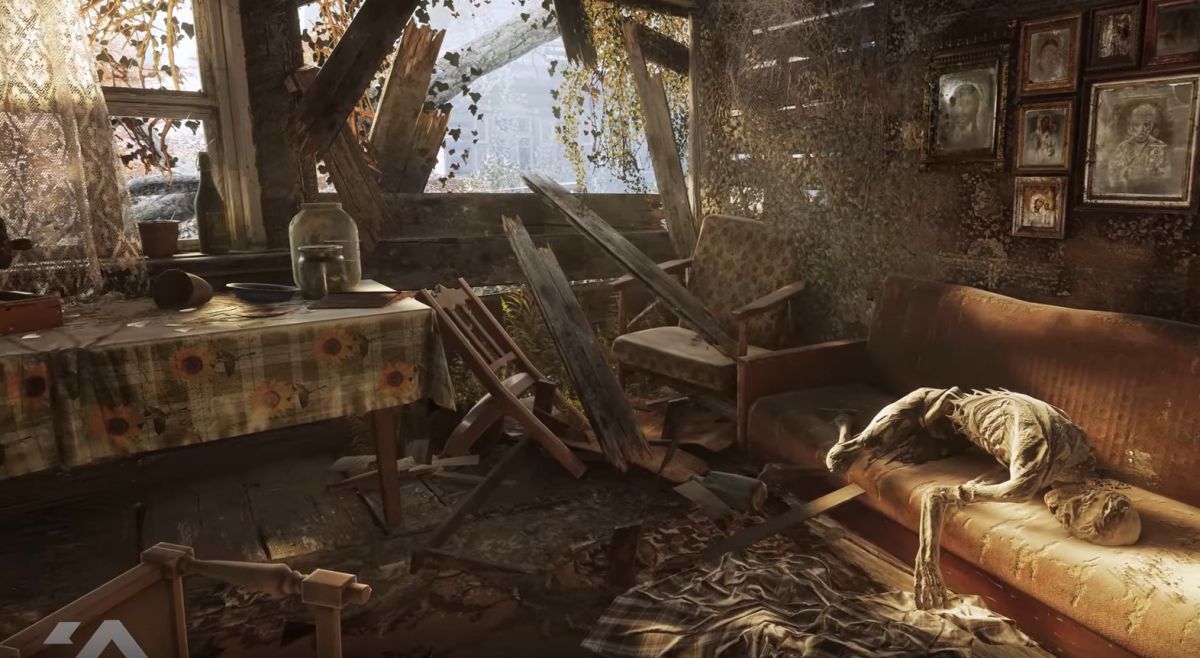 The motherland is in bad shape, but it looks great.

Much like there is a checkbox for screen space reflections in Eevee right now, there could potentially be a checkbox for hardware raytracing, if and when that really takes off in a meaningful way. Replacing the module that does the reflections, while certainly being a fair bit of labor, doesn’t require crumpling up the existing code and starting all over again.

I thinks it is too early to talk about it, wait until 20.08.2018 till NVidia tells us more about the upcoming 20xx mainstream GPUs. I expect RTX on top models, I wish for some RTX support on 1080s, even not real time. In the Metro demo, correct me if I am wrong, I think they use the RT RT for fairly simple things as shadows, where you dont need to do bounces, and if the water has a single bounce reflection/refraction, it is far from the Star Wars RT RT demo with a lots of reflections, on $$.$$$ digit or $$$.$$$ systems.

This is why I feel Evee has made a VERY INTELLIGENT STEP using Cycle’s Principled Shader for its own instead of breaking off into its own material world, when real time raytracing finally take center stage, all previous principled material works right off the bet.

It won’t make Eevee obsolete. It will complement Eevee.

In this crazy world of computer hardware and software, things evolve. Very few things ever actually become “obsolete.” There’s just a new way to do them, and this gradually gets added alongside what’s already there.

The Cycles algorithm appeared because it’s possible to use a GPU as a parallel array co-processor, which made possible an algorithm that effectively turns ray-tracing inside out. Evee is about to use that hardware capability in yet-another new way. When hardware assistance to ray-tracing becomes mainstream in a few years, some Blender developer will start writing code . . . and, once again, Blender will evolve.

Meanwhile, NVidia knows that some production-house out there might think nothing of spending $10,000 right now on their new technology, rightly justifying their investment because they perceive that it will save them a measurable amount of time (“equals money”) in a project that costs many thousands of times more than this. If the technology actually works, it will become mainstream and the price will fall sharply.

Thread and title is just not serious. Why dont we get rid of UnrealEngine and Unity too, huh?

Why dont we get rid of UnrealEngine and Unity too, huh?

Because both of them are working on RT RT technology right now. One of the demos during nVidia RTX launch on Siggraph was made with help from EPIC (UE4) and another one with Autodesk Revit and even laggy production shot from Spiderman done with Arnold. So… It is working. Now. And not only them:

Also prices shown on this launch:

For me it’s not that EEVEE is/will be shortly obsolete. For now it just has no clear purpose. Taking into account how many software companies will adopt RT RT, Blender may (or may not) still be treated as some indie software and not real competition in the industry. Which eventually could drive to less users, less sponsors, less developers etc etc.

High-end desktop GPU’s, even now, can barely do realtime raytracing at 60 FPS using 1080p resolutions on scenes with simple materials. Also note the PC Gamer article on how one of the demos was done using 4 Titan V’s.

We should get a bit closer with the RTX cards, but VR-capable realtime raytracing hardware is probably not going to be available for the low end on mobile for a very long time (you would need to have noiseless results at 4K resolutions or higher at 120 FPS minimum).

More likely, the next several years could see raytraced VR content for high-end models and less complex content doable with mid-range models. It could be more than a decade before we see this on gadgets like Google Daydream due to how even high-end iPhone X games have to cut several corners on graphics to achieve 30 FPS.

Sorry, but Eevee is ahead of all others - the best DCC app viewport engine around.

The Vray guys are already integrating RTX into their engine.

As I mentioned in the last post, we’re not yet all the way to realtime raytracing at 60 FPS (the image does only need maybe 4 seconds to clear, but that’s still way too long to be fully realtime especially with the preparation stage). The better word would be interactive raytracing.

So apparently Blender urgently needs new “RTRT” which can be run only on 2300$-10000$ hardware.
I know you haven’t said it, but basically thats what this thread is all about